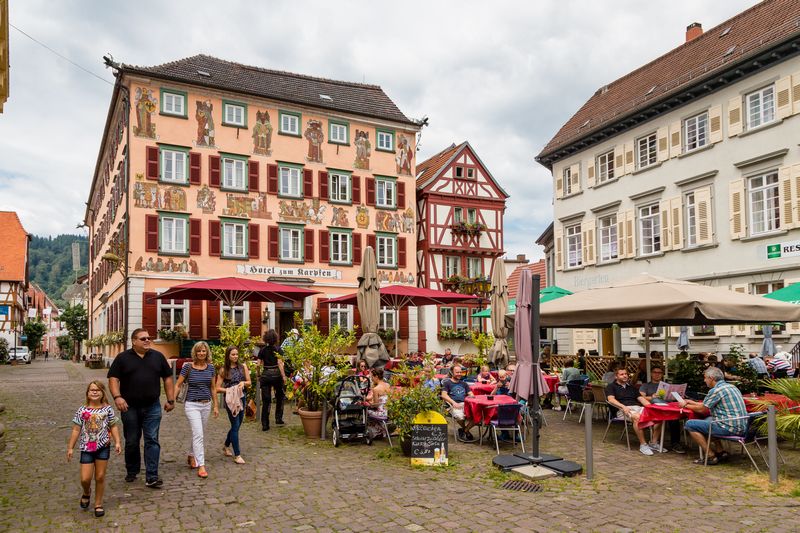 The Staufer city of Eberbach lies picturesquely embedded between the hills of the Odenwald in the Neckar valley. From the river the town wall with its dense medieval row of houses can be seen. The original form of the Staufer old town with its four corner towers has been preserved and still offers a view from the Middle Ages. Mighty walls, noble town houses with stylish paintings and charming half-timbered houses, historical buildings, but also a variety of refreshment and shopping facilities give the old town a very special flair.

The Neckar river is characteristic for Eberbach and almost omnipresent. Only a few steps away from the old town, it is therefore worth taking a stroll along the Neckar promenade, which not only connects various sights, but also leads to playgrounds and rest areas. Here is also the landing stage for boat trips through the Neckar valley to Heidelberg.

It is assumed that Eberbach was founded in 1227 by Staufer King Henry VII. In this year the castle, which today lies hidden in the forest high above the town, was first mentioned in a document. Eberbach first became an imperial town and then had various pledgees. It was an important stop for the Thurn und Taxis postal company, which connected the Netherlands with Italy via Knittlingen and Cannstatt. Between 1528 and 1555, the University of Heidelberg moved its seat to Eberbach several times because of the plague that reigned there.

Eberbach lies in the heart of the Neckar-Odenwald Nature Park, one of the largest nature parks in Germany. The Nature Park Centre is located in Thalheim's House near the Powder Tower. 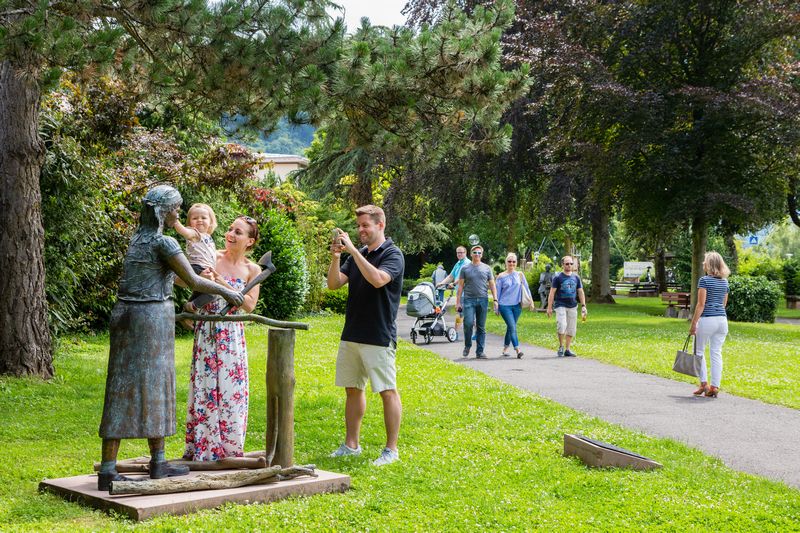 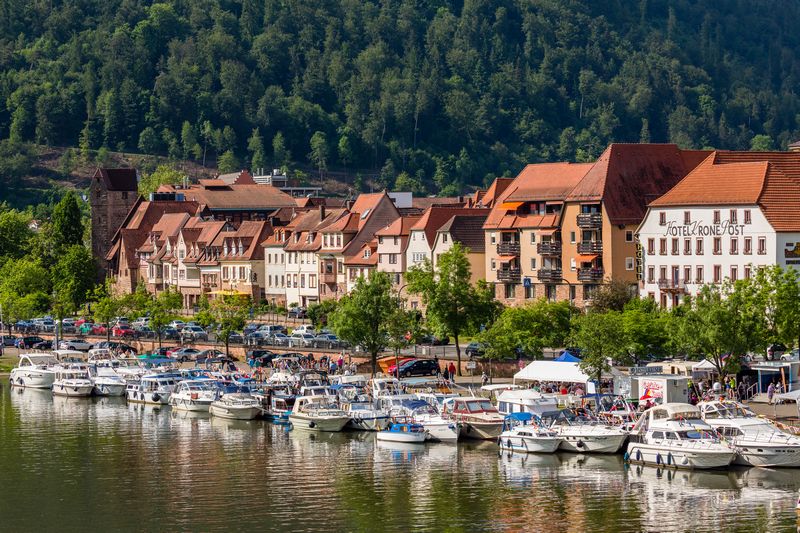 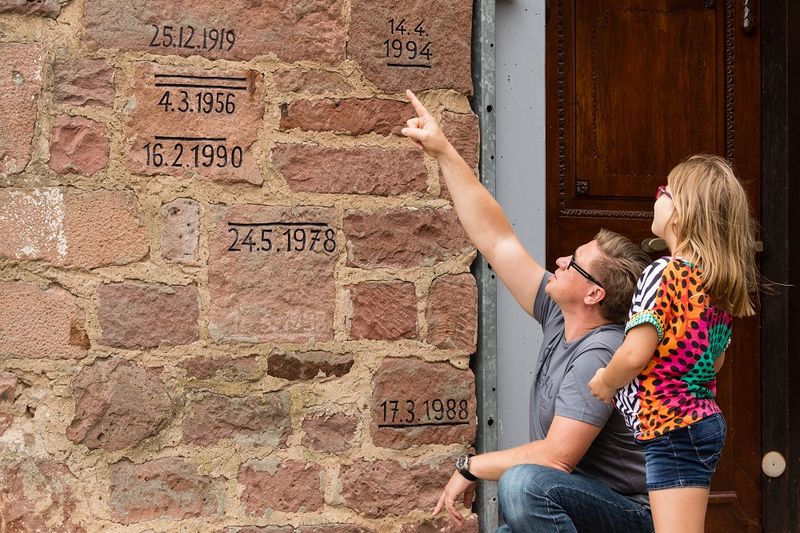 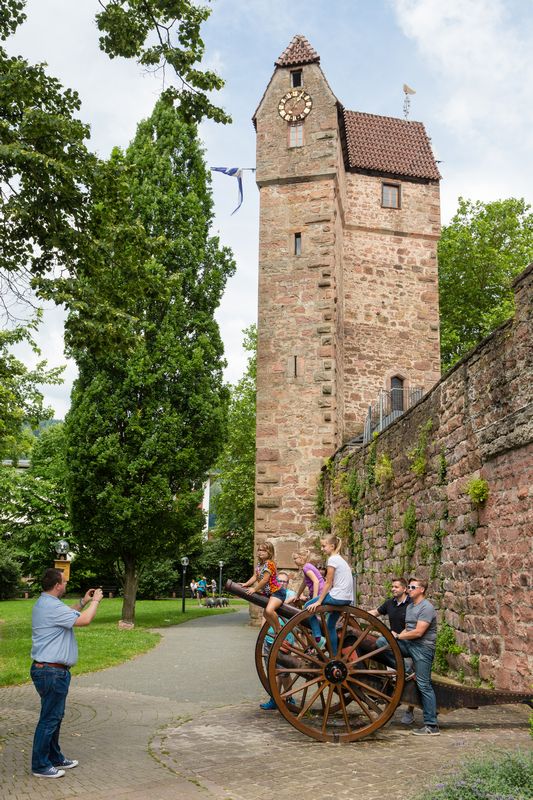 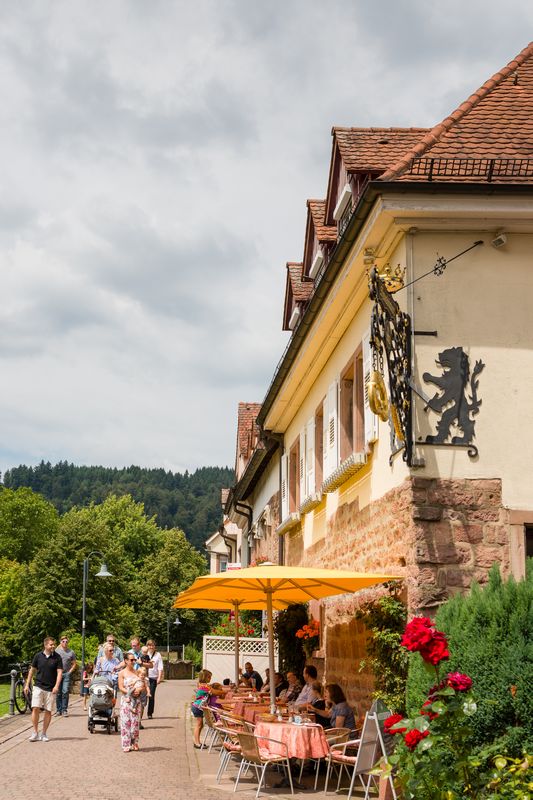 Eberbach - Café at the town wall. 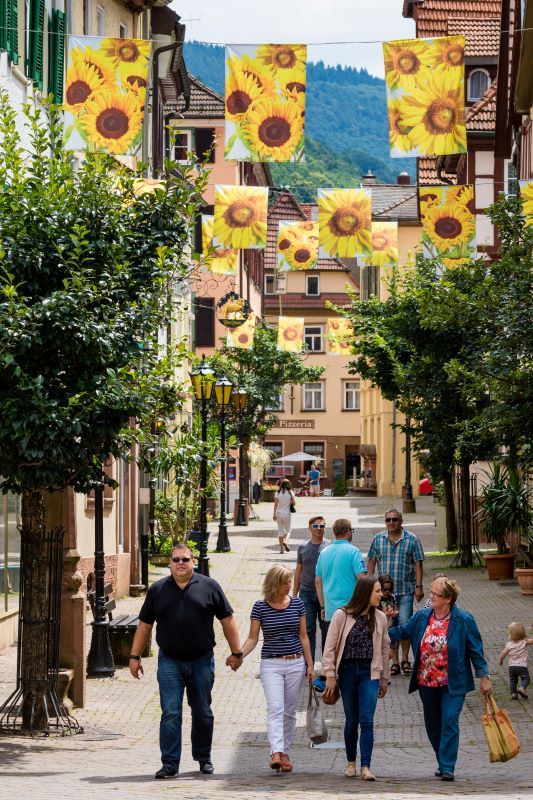