Nuremberg is almost 1000 years old: In the "Norenberg" (rocky mountain) Holy Roman Emperor Henry III (1017-1056) acquitted the serf Sigena on 16th July 1050. The Imperial Castle, the symbol of Nuremberg, was built on the sandstone cliffs. Through the numerous privileges, which Nuremberg received in the 13th and 14th centuries from the German Emperors, it won the status of an imperial town. In the Middle Ages Nuremberg was confirmed as the place where each newly chosen German king held his first imperial.... [More about Nürnberg] 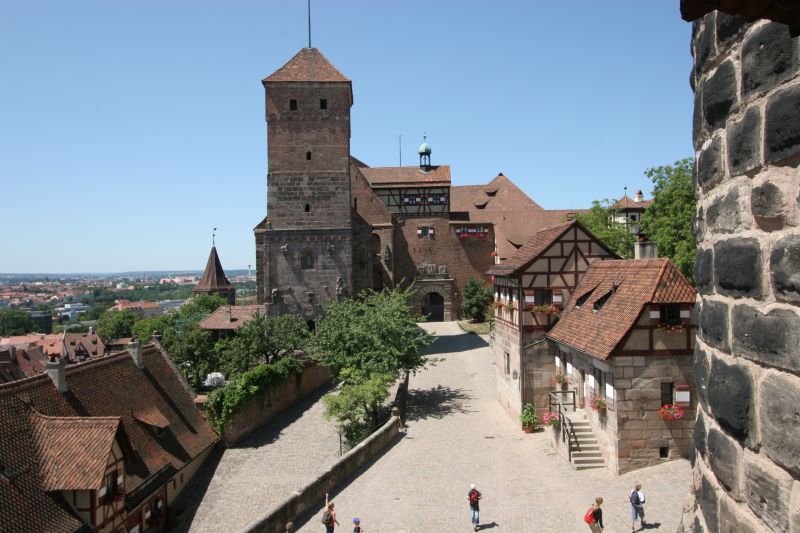 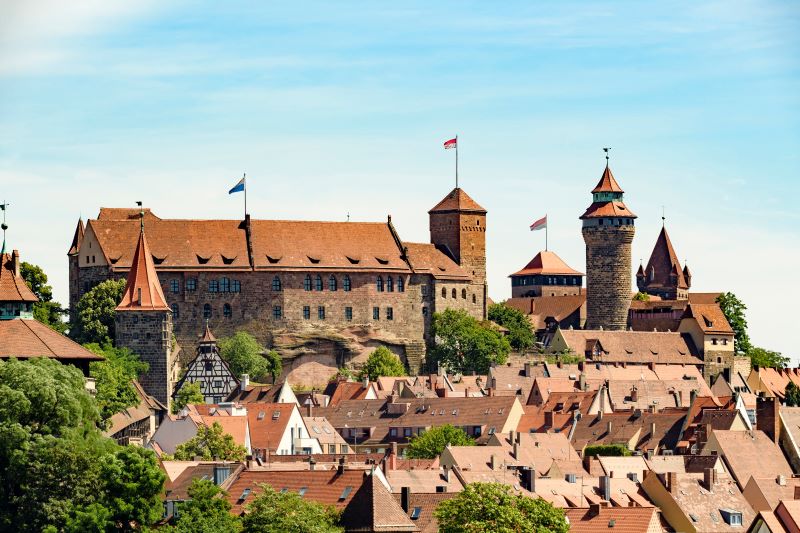 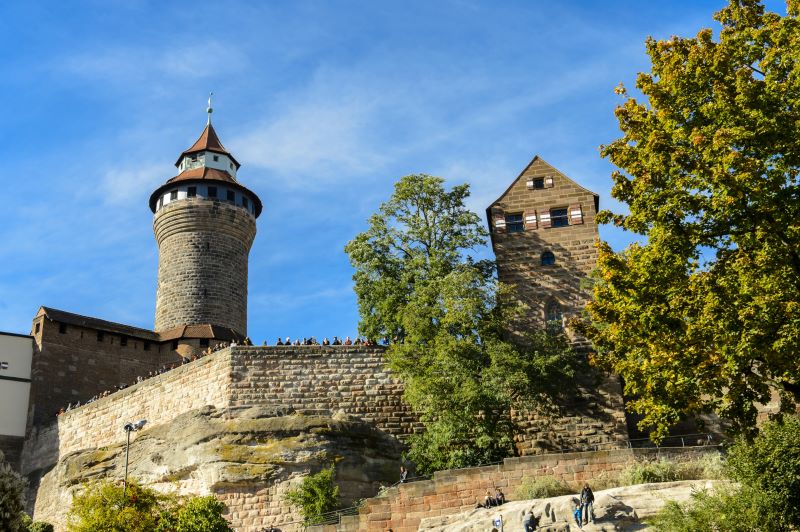 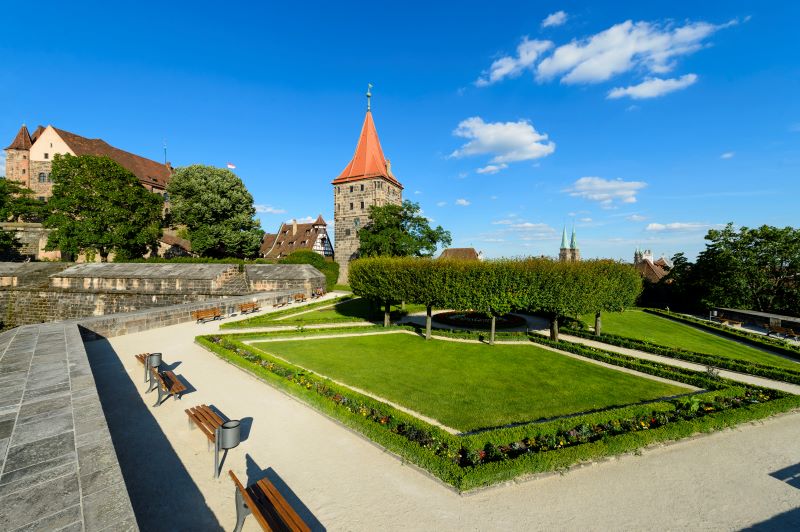 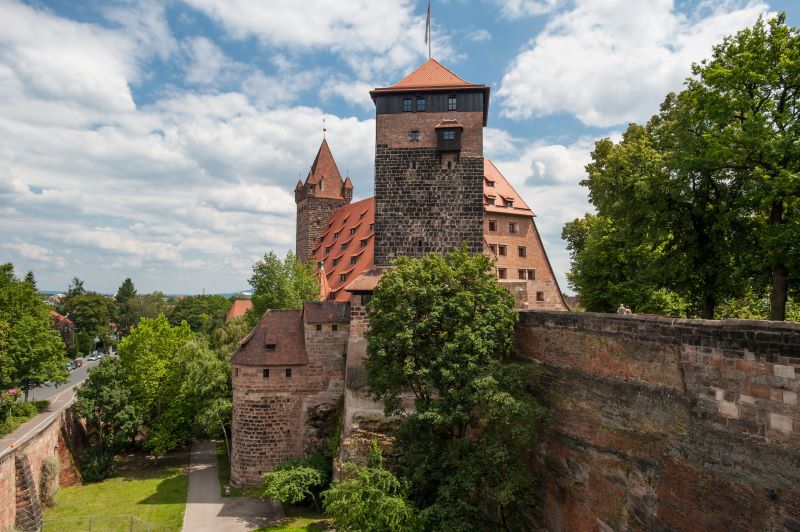 The imperial castle of Nuremberg towers as a landmark over a city with half a million inhabitants, rich in art treasures and museums. In the Middle Ages it was esteemed as one of the most important fortified imperial palaces of the Salian dynasty.
Between 1050 and 1571 all the German emperors and kings of the Holy Roman Empire stayed for various stretches of time at the castle and invariably before their arrival the Nuremberg citizens had to fill the otherwise empty castle with their own personal furnishings.
Under the Stauffer Emperor Friedrich Barbarossa and his successors, the Salian defensive complex was converted into a splendid imperial castle. In the 15th century under Emperor Friedrich III new Late Gothic buildings replaced the palace and the "Kemenate" –here, the heated women's apartments. In World War II bombs destroyed large sections of the castle.
The rebuilt Kemenate today houses a branch museum of the Germanisches Nationalmuseum. Included in a tour of the castle are the double chapel as well as the imperial residential apartments and state rooms.
Moreover, the "Burgfreiung" - a courtyard near the castle church where immunity and asylum from persecution were assured - and the round Sinwell tower offer a unique panorama view of the city.