The Staufer city of Eberbach lies picturesquely embedded between the hills of the Odenwald in the Neckar valley. From the river the town wall with its dense medieval row of houses can be seen. The original form of the Staufer old town with its four corner towers has been preserved and still offers a view from the Middle Ages. Mighty walls, noble town houses with stylish paintings and charming half-timbered houses, historical buildings, but also a variety of refreshment and shopping facilities give.... [More about Eberbach] 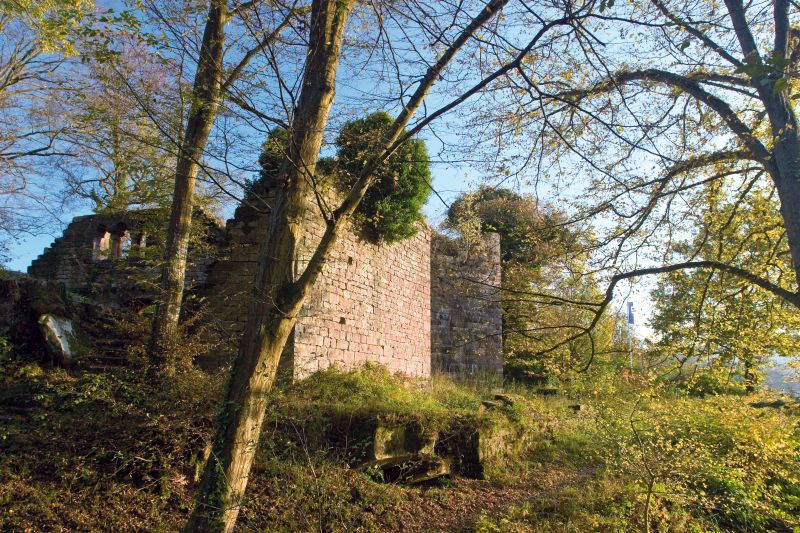 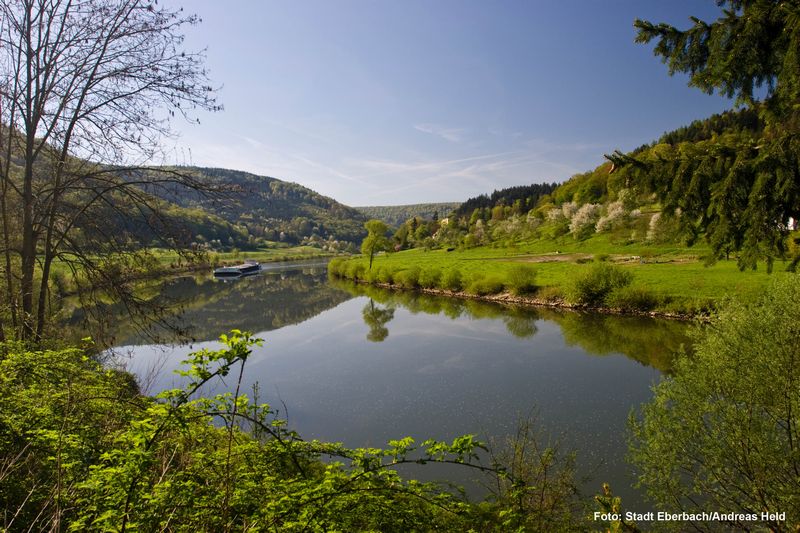 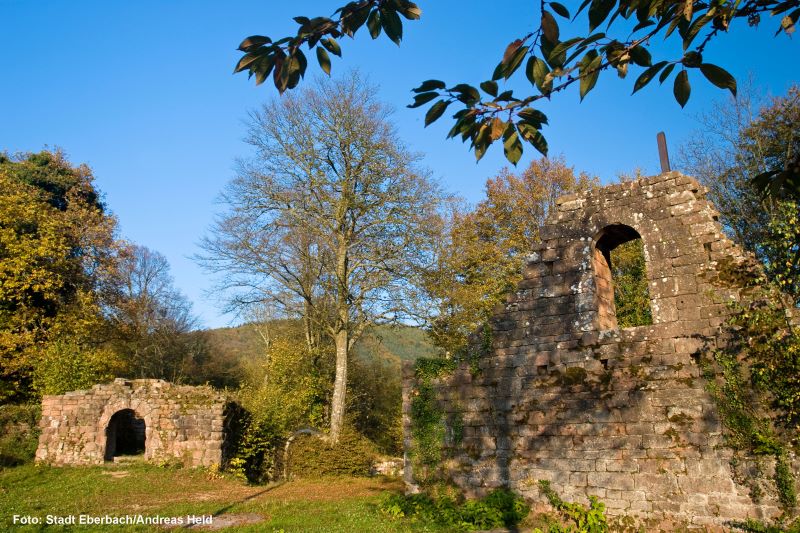 Eberbach Castle consists of three separate castles situated about 160 metres high above the river Neckar.It offers a panoramic view over Eberbach and the Neckar Valley. Eberbach Castle is within 20 minutes walking distance from the woodland parking lot on L524 (New Dielbacher Road) or within 45 minutes walking distance from the town centre of Ebersbach via the HW 34 hiking trail of the Odenwald Club.

It is assumed that the front castle was built in the last quarter of the 12th century, the middle castle ca. 1200 and the rear castle in the second quarter of the 13th century. In 1227 King Henry VII was given Eberbach Castle as a fief by the Bishop of Worms. Presumably the castles remained in the possession of the empire until 1330. After that, the castles were pledged to the palsgraves who subsequently used them as a bailiwick of the Electoral Palatinate.

In 1402 Ruprecht III of the Palatinate pledged the town and the castles to the knight Hans von Hirschhorn. In 1403 he obtained permission from the king to demolish and raze the castle, since presumably it was not of any use, but only entailed costs. He thus got rid of competitors for his castles in Hirschhorn and Zwingenberg. By and by the ruins were dismantled and their stones used for building projects in Eberbach, in particular for building walls to fend off game in order to protect the fields lying next to the woodland.

Excavations in 1908/09 and 1227/28 exposed the remains of the front and middle castles, and some parts were reconstructed. From 1959-1963 systematic scientific research was carried out, and the rear castle was reconstructed in parts.