The history of Bamberg reaches back to 902, but really first begins in 1007, as Holy Roman Emperor Henry II (973-1024) made Bamberg his Bishopric and for a short while even the German capital of the Holy Roman Empire. Befitting its status, Bamberg was decorated with trusts, donations and clerical buildings of grandiose scale, above all the imperial cathedral. The mortal remains of Henry II and his queen, St. Cunigunde (Kunigunde) (975-1040), reside here, and here we also find the only papal grave.... [More about Bamberg] 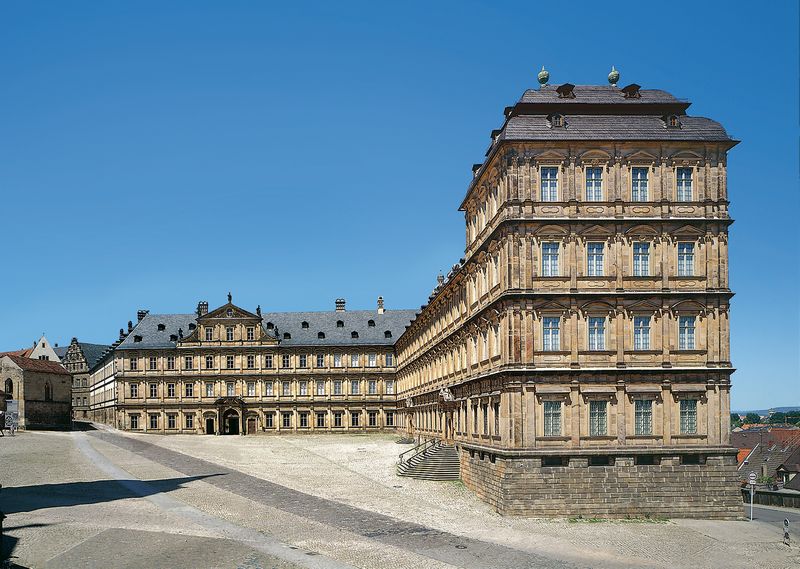 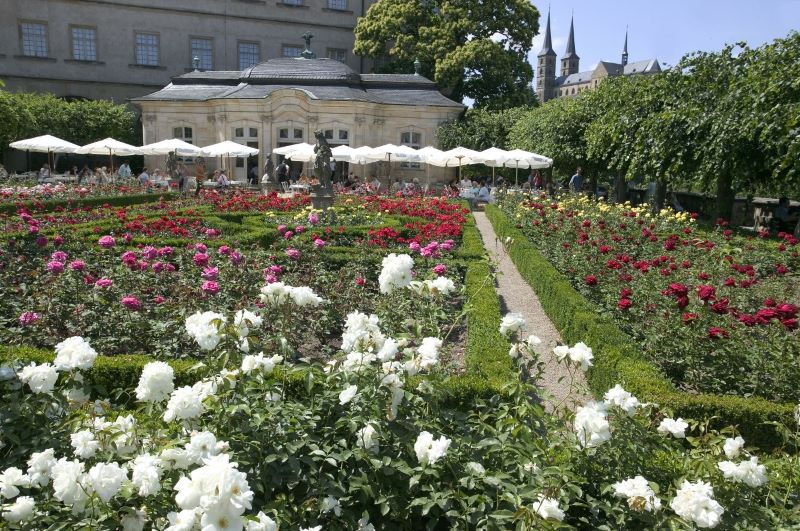 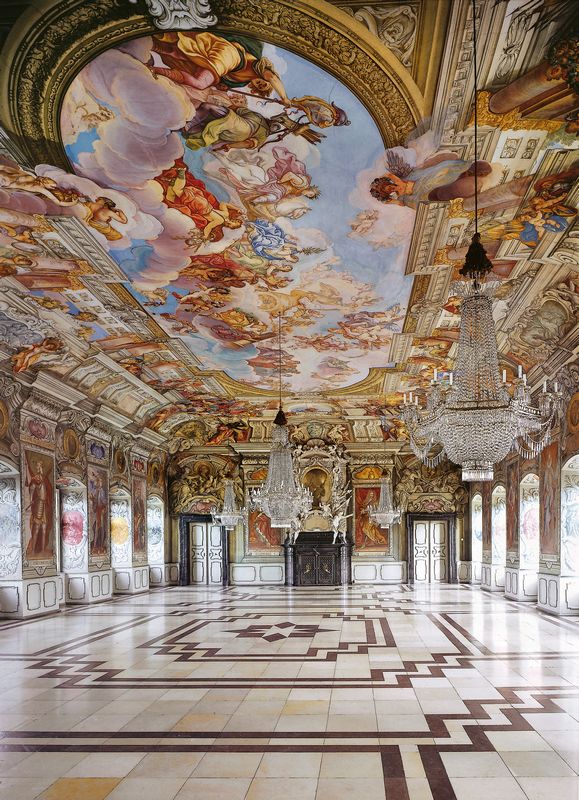 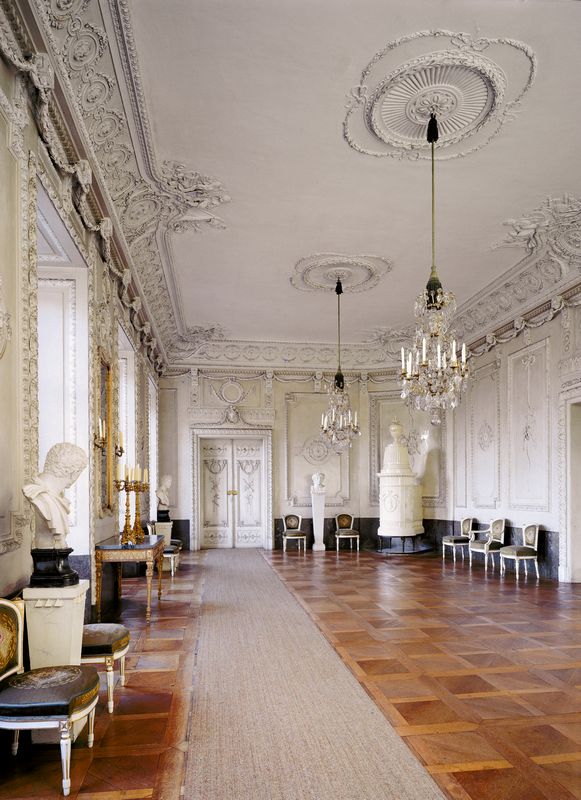 In the New Residence, the prince-bishops of Bamberg lived and resided until the dissolution of their Hochstift (land and holdings) in 1802. The exterior appearance of the two-winged building itself is imposing. The interior splendor reveals itself in over 40 magnificent rooms. Today, the State Library, a gallery and a museum are located there. Behind the Residence is the Rose Garden which is laid out according to the designs of Balthasar Neumann and which offers a splendid view over Bamberg. A café is located in the garden pavilion of the mid-18th century.

The New Residence was created in two building phases. In the first phase, the tract at the back was erected under Prince-Bishop Johann Philipp von Gebsattel in 1602. In 1695, Prince-Bishop Lothar Franz von Schönborn, a building enthusiast, had it rebuilt and created a prestigious Baroque palace according to the plans of the court architect Leonhard Dientzenhofer. The so-called "Fourteen Holy Helpers Pavilion" was added to the front face of the city wing between 1702 and 1704.

In the interior of the Residence the residential and state rooms of the prince-bishops, with their original stucco ceilings, inlaid floors and over 500 pieces of precious 17th and 18th century furniture, convey the lasting impression of the need of the Bamberg bishops to display elegance and power. The showpiece of the Residence is the magnificently furnished "Imperial Hall", which is still used for events today.

The New Residence is today owned by the Bavarian Department of State-owned Palaces, Gardens and Lakes. 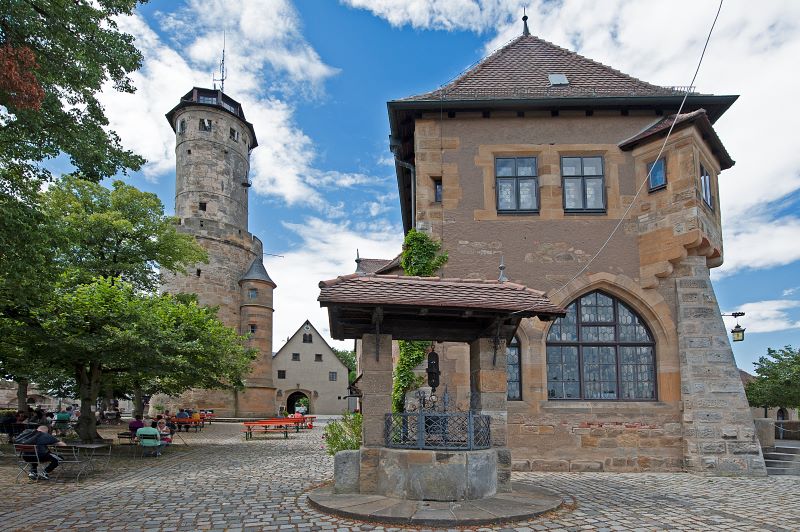 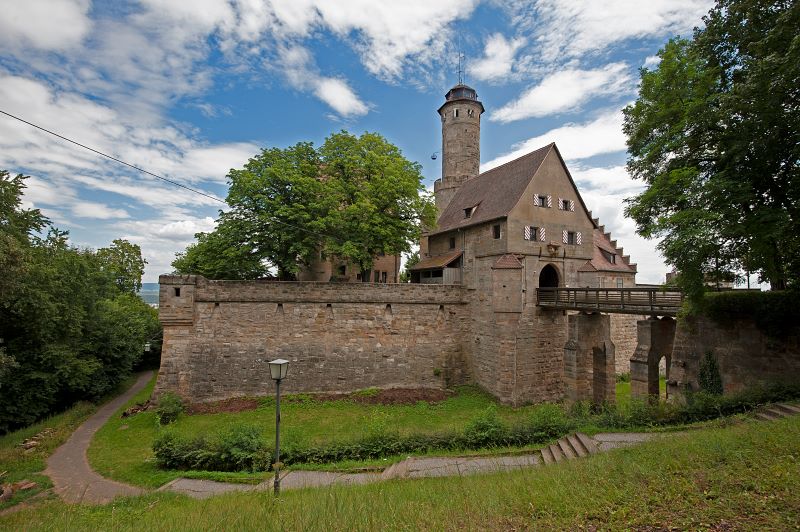 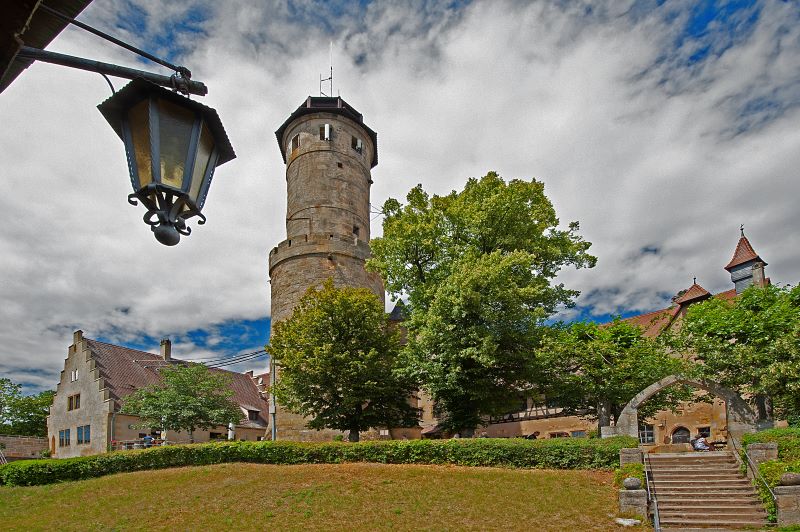 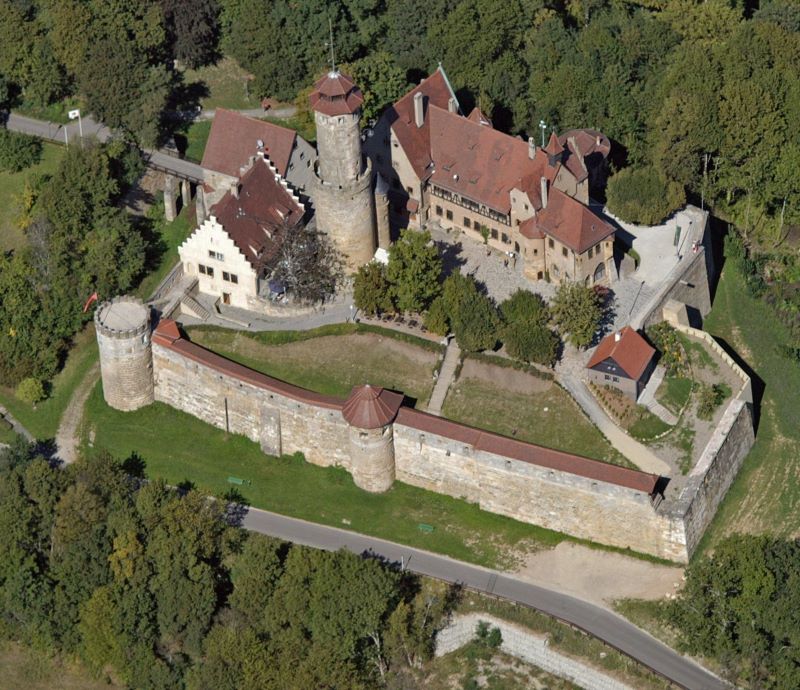 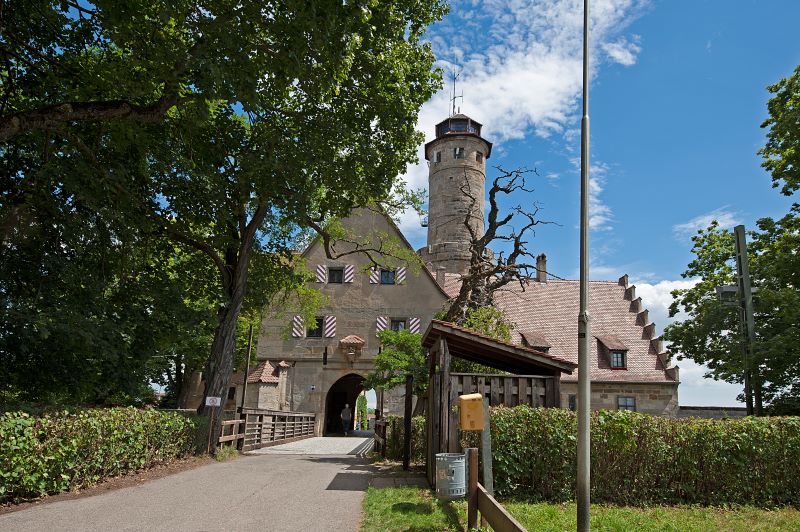 The romantic castle is perched on the highest of the seven Bamberg hills and commands a superb view of the city. The impressive complex is owned by the Altenburg Association, the first monument conservation association in Bavaria. Tours can bee booked via Bamberg AGIL. In the Altenburg, a restaurant is located. The outdoor area with an impressive view over Bamberg can be visited during the opening hours of the restaurant.

Altenburg Castle was first documented in 1109 and at that time used as a refuge castle and fortress. Between 1305 and 1553 it became the second residence of the prince-bishops of Bamberg. It was almost completely destroyed during the Second Margrave War by margrave Alcibiades von Brandenbug-Kulmbach in 1553. After the makeshift reconstruction, however, it was only used as a prison and decayed more and more.
In 1801 it was bought by Adalbert Friedrich Marcus, a Bambergian doctor, and was renovated from the ground up. His friend, the poet E.T.A. Hoffmann, was so enchanted by the castle that he stayed there for longer periods of time. After Marcus' death the castle fell into bankruptcy estate. In 1818, postmaster Anton von Grafenstein initiated on Krummennaab the foundation of "The Association of the Conservation of the Babenburg near Bamberg". Until today, the castle has been owned by this association, which also organizes various events and concerts in the castle. From the medieval building stock only the 33 meter-high keep from the 13th century and parts of the ring wall have been preserved. An iron basket still hangs from the upper part of the tower, with which in the past fire signals ould be sent to the Giechburg, which was 20 km away.

Every Sunday at 2.30 p.m. a one-hour guided tour takes place.