The former Hohenlohe residence town of Kirchberg lies picturesquely above the Jagst valley. The upper town, the "Städtle", is dominated by the town tower, which towers above the scenery like an oversized pencil, the town church and the largest castle complex in Hohenlohe. Special attractions every year are the town fair with the medieval market at the end of February, the book market in June, the Castle Garden Festival in July and the Christmas market on the second weekend in Advent. The cultural.... [More about Kirchberg an der Jagst] 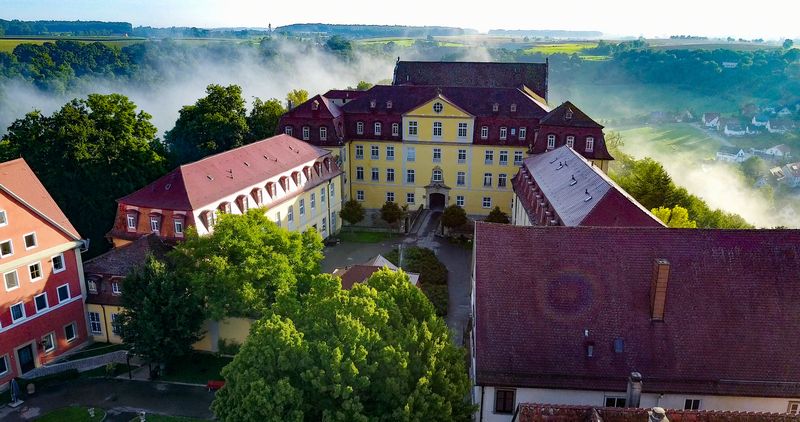 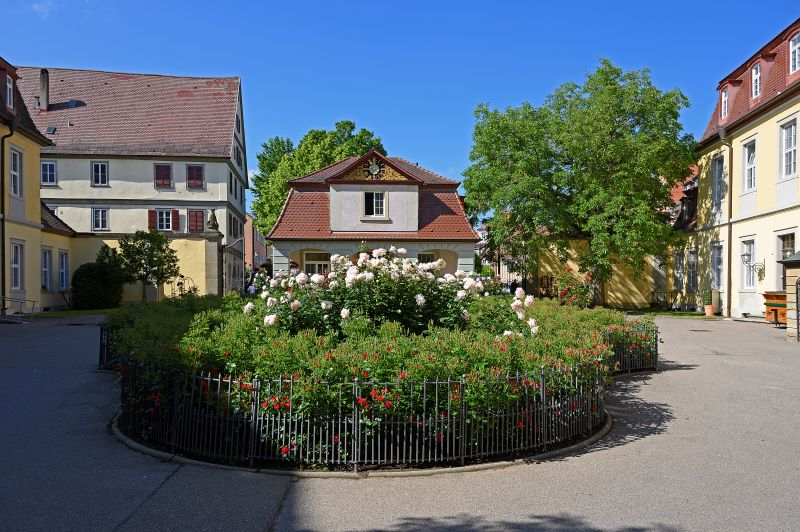 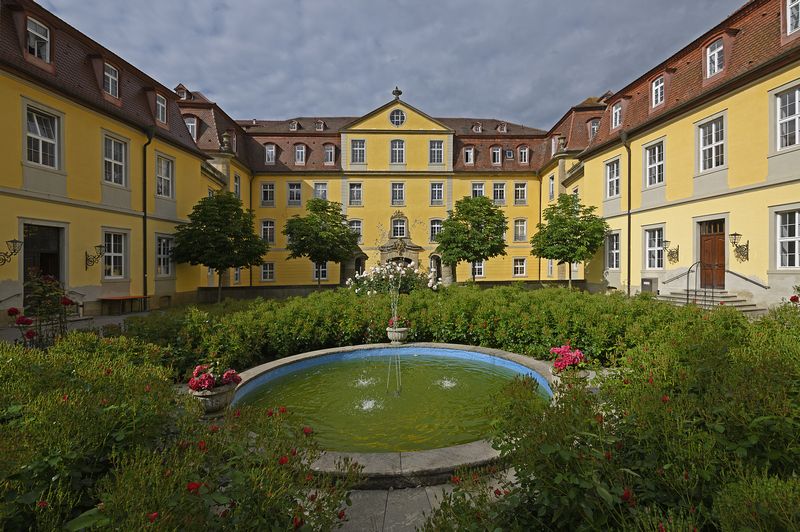 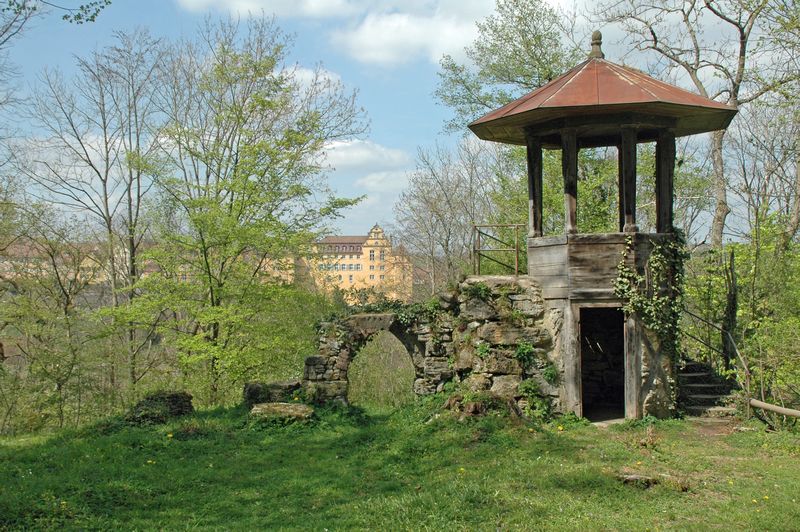 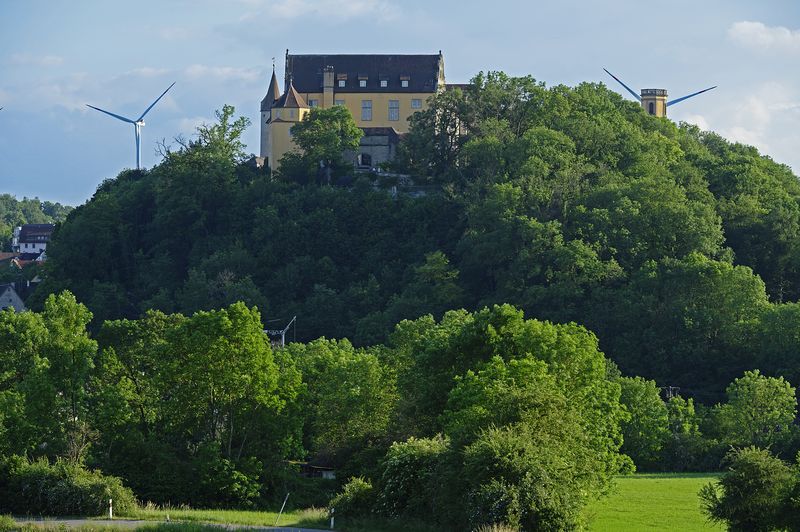 Kirchberg Castle is the seat of the “House of Peasants” Foundation which is linked to the Schwäbisch Hall Farmers' Association. They have developed the ensemble of historic buildings from feudal times into a trans-regional educational establishment and meeting place. Its main focus is on the Academy of Organic Agriculture and Food Industry. International conferences hosting experts from all over the world and the cooperation with partners from universities, organic farming associations and the Slow Food movement have turned the Kirchberg "Peasants’ Castle" into a  multiplication centre for sustainable rural agriculture and healthy eating.

The building complex also accommodates a castle hotel which boasts 23 attractive rooms with magnificent views, as well as a castle café and an Ice-Cream Factory. Exhibitions and events that are organized by an artist group based in the castle add to the cultural life.

The castle buildings are grouped around three courtyards. The original castle complex, whose origin goes back to 1240, was transformed into a four-wing Renaissance castle under Count Ludwig Kasimir of Hohenlohe from 1590 to 1597. After the family was elevated to the rank of a principality under Carl August of Hohenlohe, as of 1783 the building complex was converted into the largest Baroque residence in the Hohenlohe region according to the plans of Leopoldo Retti, the Ansbach court architect. After the Hohenlohe-Kirchberg dynasty had died out in 1861, the castle complex became the property of Öhringen in 1861; it served as a museum until 1945 and as an old people's home and nursing home until 2009.

Today the interiors of the castle are found in Neuenstein Castle. The castle park dates from the late 18th century. It is located west of the castle and is accessible at all times. Visitors can enjoy garden stone sculptures as well as a rare example of a garden house with decorative landscape paintings. More about the history 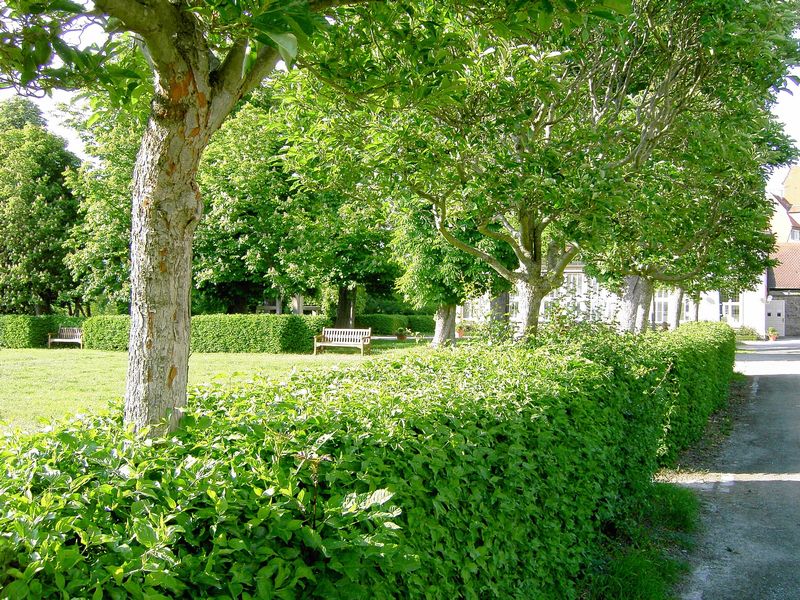 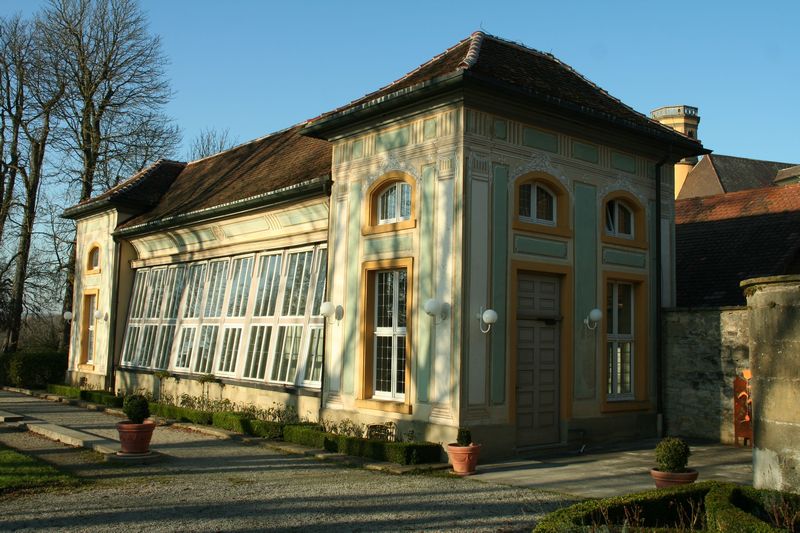 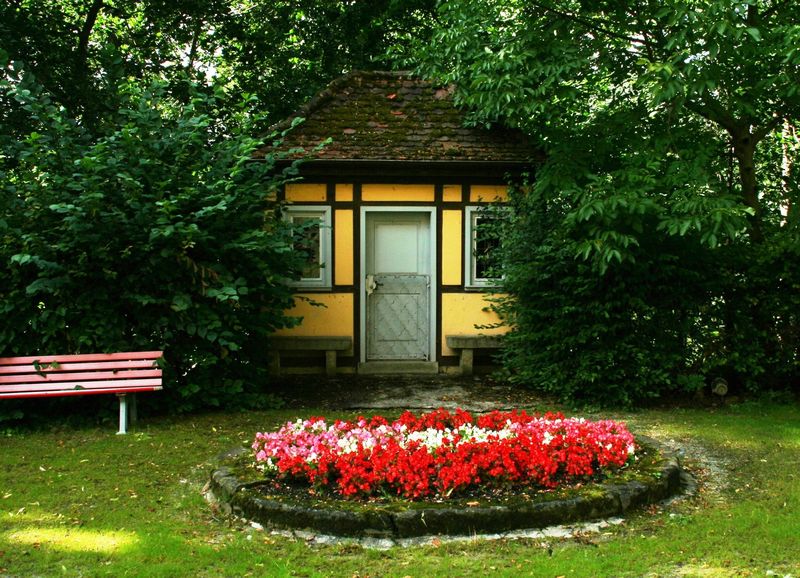 Kirchberg an der Jagst - Garden house at the Neuer Weg. 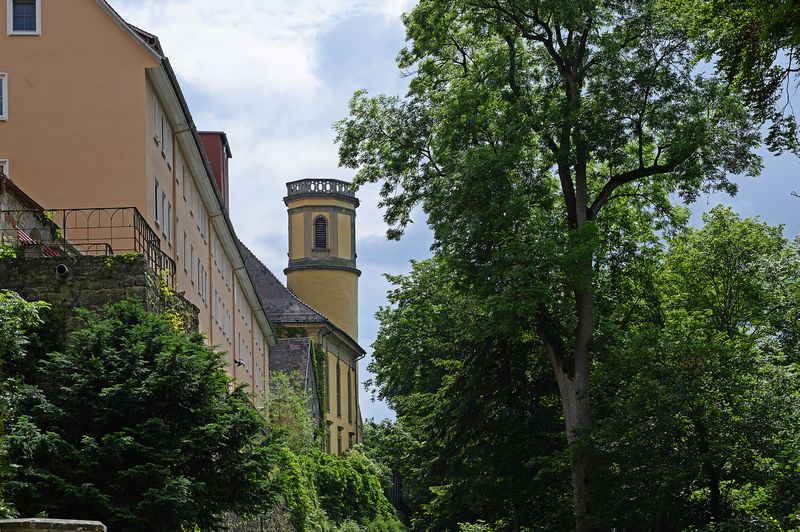