The history of Kulmbach is apparent at first glance. Above is the Plassenburg, an imposing regional fortress and magnificent Hohenzollern residence. At its foot, the world-famous beer town, with its various towers, winding lanes and idyllic squares, has grown over centuries. The earliest documented reference, which dates back to around 1035, was to the Kulma settlement, in the old closed royal forest, which passed into the ownership of the Bishop of Bamberg. Later Kulmbach belonged to the widely.... [More about Kulmbach] 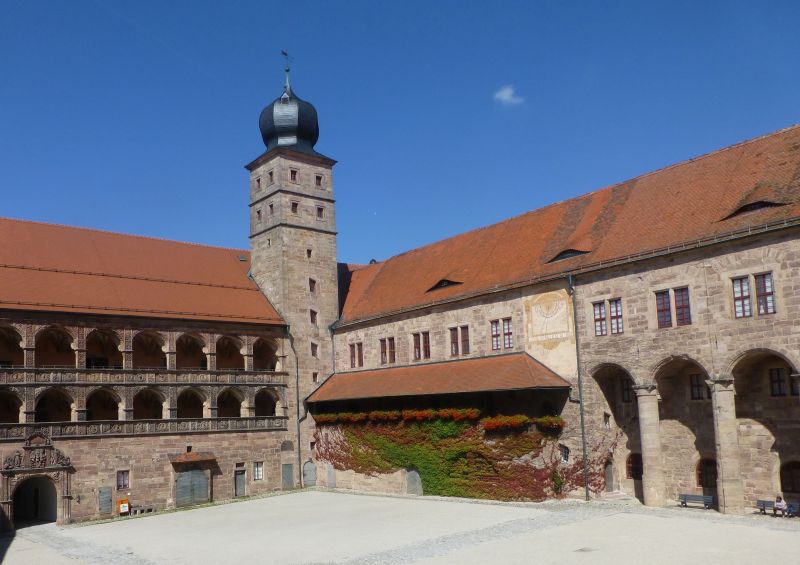 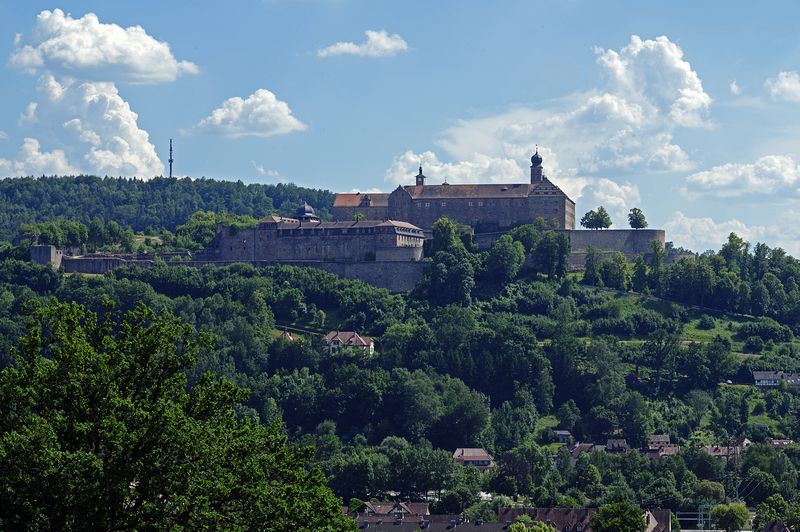 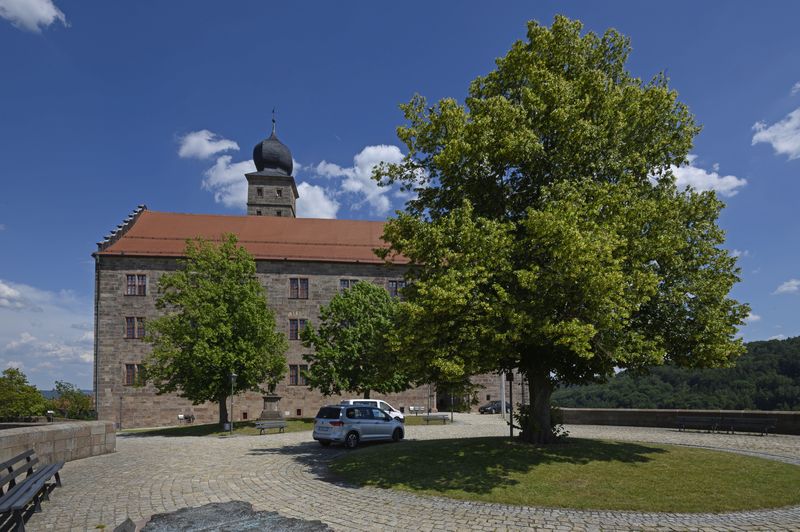 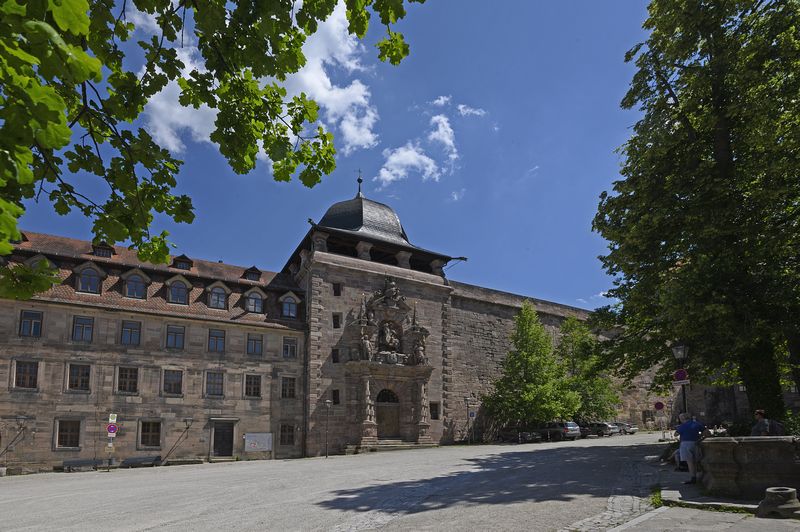 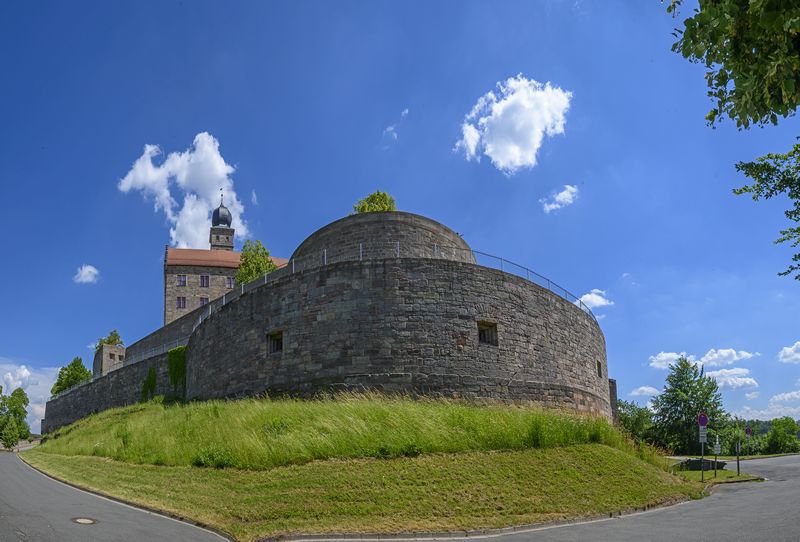 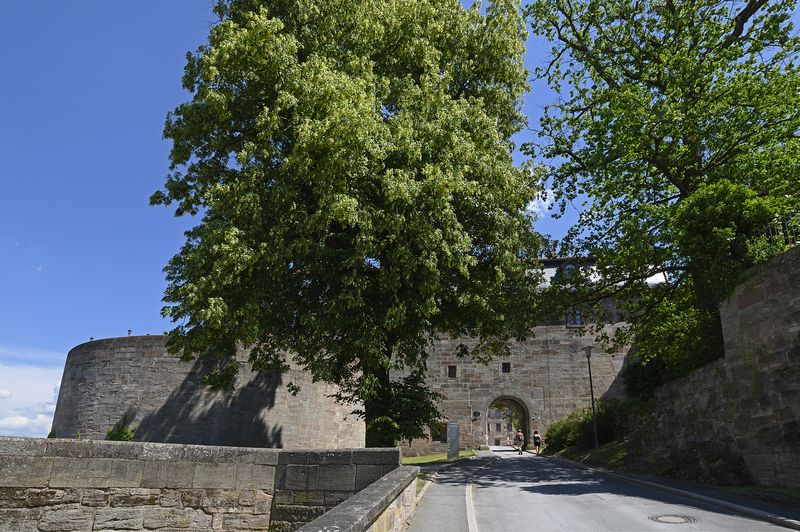 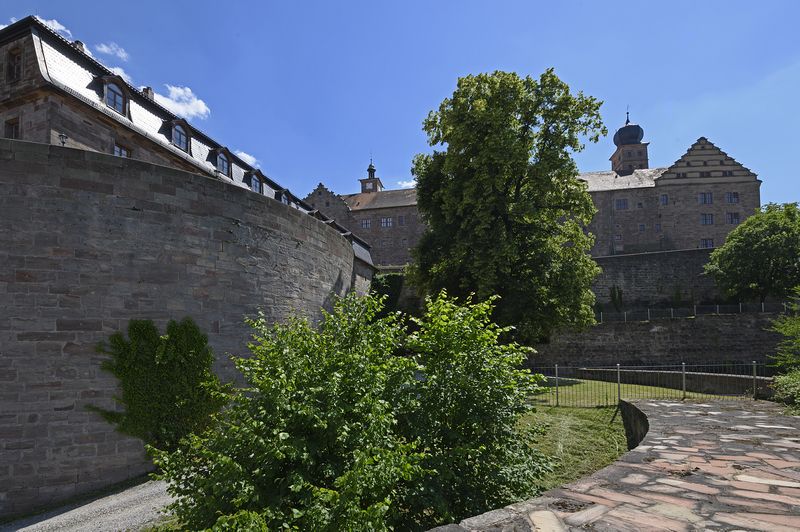 Plassenburg Castle, first mentioned in 1135, is one of the most imposing fortress complexes in Germany. From 1338 to 1791 the property of the Hohenzollern, it links in exemplary fashion the properties of a defensive fortress with those of an elegant palace construction.
After it was destroyed during the Second Schmalkaldic War in 1554 the Plassenburg was rebuilt in the Renaissance style. The showpiece is the "Beautiful Courtyard", an impressive arcaded courtyard richly decorated with sculptural works.
Today the Plassenburg houses the "Plassenburg Castle State Collection" along with "The Hohenzollern in Franconia", a new museum currently under construction, the "Army Museum of Frederick the Great", the "Upper Main Landscape Museum" and the "German Pewter Figure Museum", the largest of its kind in the world.
The "Beautiful Courtyard" serves as a splendid open-air venue for concerts and theater in the summer. The castle tavern within the setting of the historical rooms serves food and drink to refresh body and soul. From its large terrace the visitor can enjoy a view of the old margrave city of Kulmbach.