Stein touches the large cities Nuremberg and Fürth on the one hand, on the other hand it is surrounded by rural countryside. Therefore the city represents a link between the advantages of genuine nature, and the opportunities of a metropolitan area. From the end of the Middle Ages onward, the city is well-known for its pencil mills. As Kaspar Faber settled here in 1758, the foundation stone for the industrial development of the city and the company Faber-Castell, which exists by today, was laid. In.... [More about Stein b. Nürnberg] 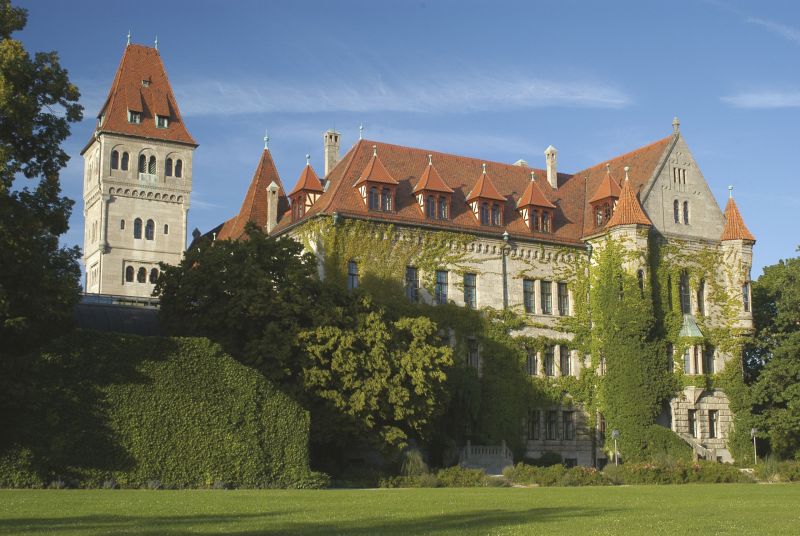 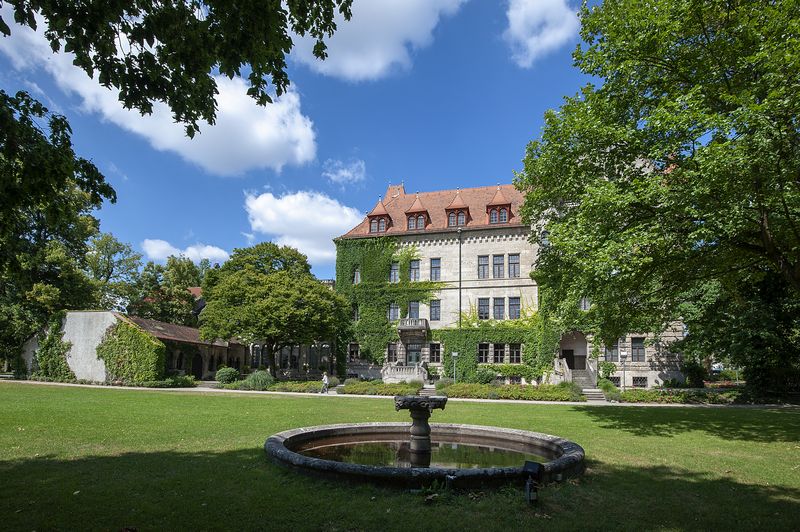 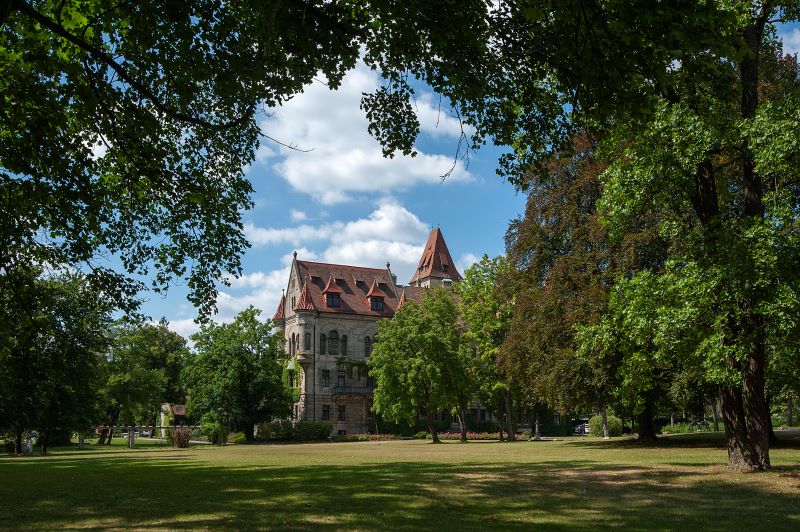 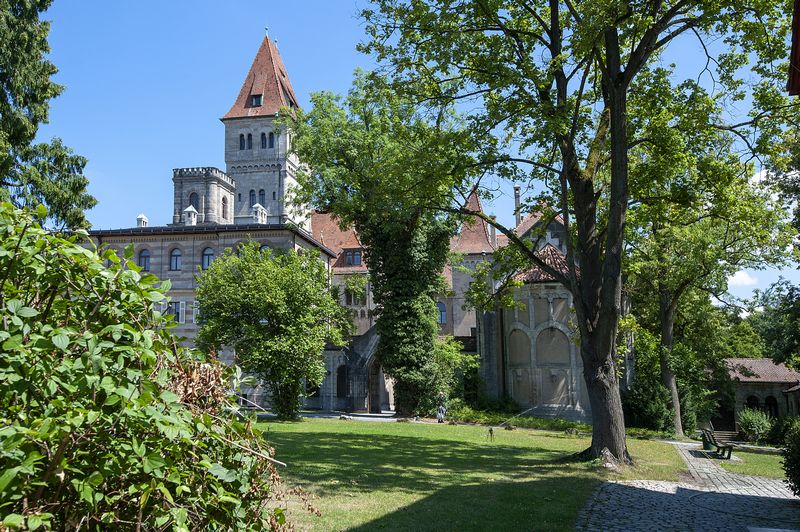 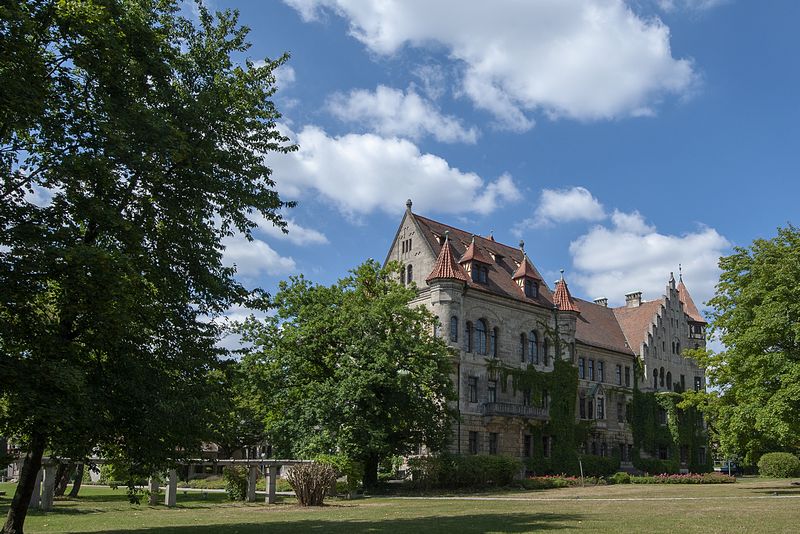 In 1903 Alexander Count Faber Castell had let the representative New Palace build. In accordance with the family name, the outer structure with bays and towers appear as a medieval castell.It reflects the connection of industrial spirit of progress and traditional values of the German high nobility.

The Palace shows a fascinating contrast between historicism and art nouveau on three floors. The at that time renowned designer and interior architect Bruno Paul created some art-historically outstanding rooms. Other rooms are to be assigned to historicism and interpret different styles of the past: A reception salon in French classicism-style, libraries in renaissance-style, a hall with elements of romanticism, a ballroom with gothic-, renaissance-, baroque-style, and art nouveau details. Also the ladies’ and the gentlemen’s bath, both designed in art nouveau, are extraordinary.

After the Second World War, the palace served as a press-camp for journalists from all over the world, whom reported of the Nuremberg Trials, among them Willy Brandt and the writers John dos Pasos and Erich Kästner.

In recent times the palace occasionally was film set. Thus here the four-part television film “Fathers and Sons” was made with high-carat actors from inland and abroad, as well as scenes of the youth film “Hanni & Nanni” after Enid Blyton.

The exhibition in the palace shows the family- and company-history of “250 Years Faber-Castell”.