Whoever visits Cadolzburg should enjoy the view of the impressive panorama of the town from the so-called "Buchspitze" (point) with the fortifications of Cadolzburg, the Margrave's Church and the "Cadolzburger Bleistift" (pencil) lookout tower. The traditional market of Cadolzburg is located in the heart of Franconia, about 25 kilometres west of Nuremberg. Its name alone indicates the important attraction of the town, the Cadolzburg. The mighty castle, which is enthroned in the middle of the town,.... [More about Cadolzburg] 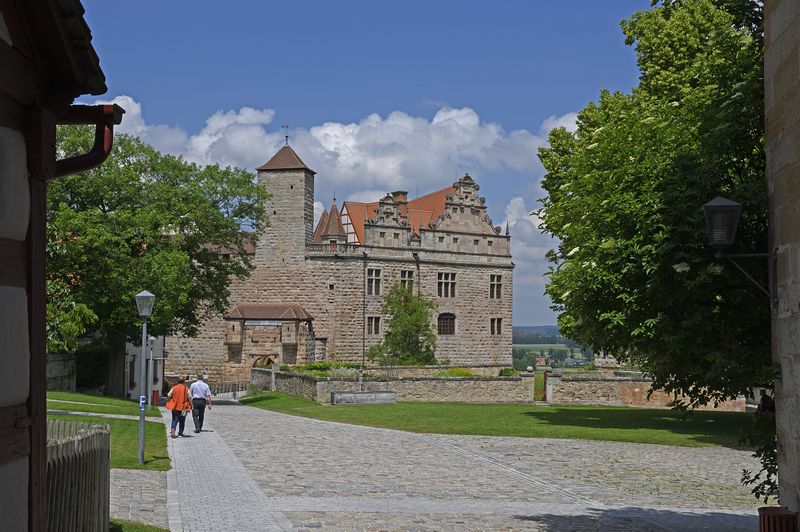 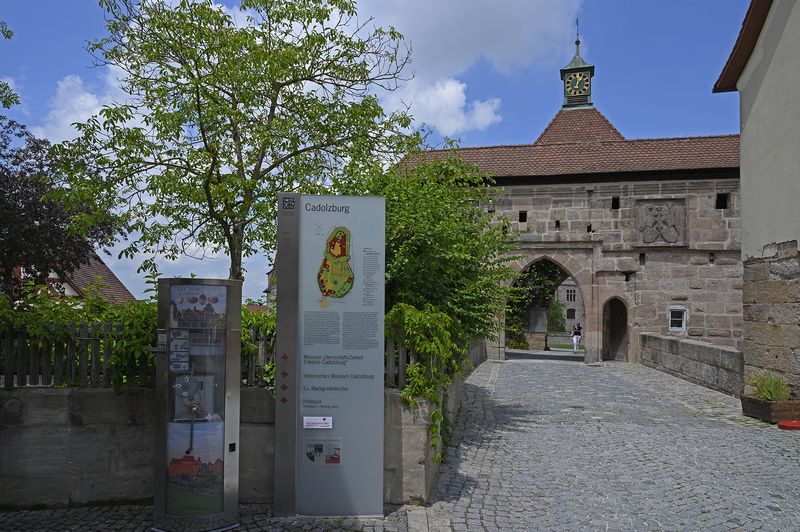 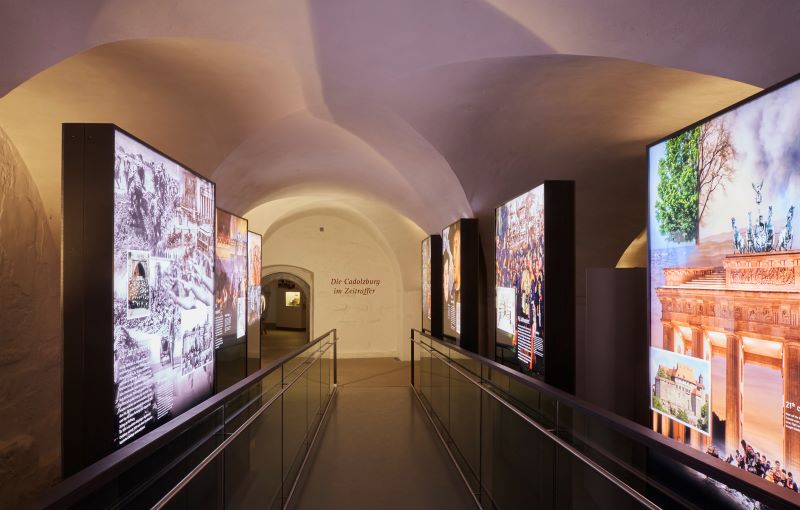 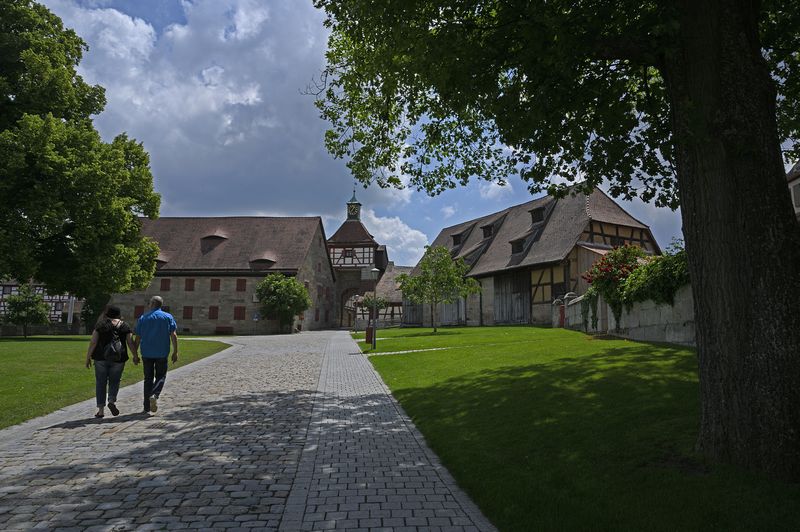 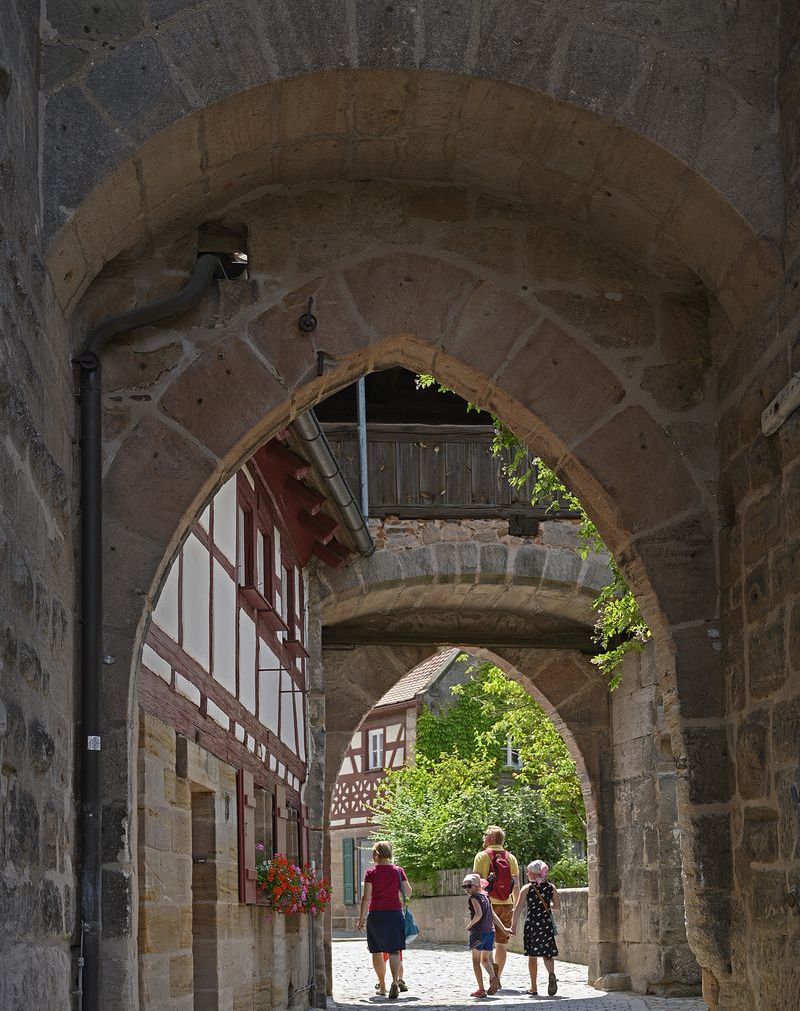 The mighty Cadolzburg castle thrones over the city with the same name with an incomparable foresight.

The Bavarian Castle Administration is currently reconstructing the Cadolzburg into an attractive museum. According to the motto "Periods of Rule. Experience Cadolzburg Castle" the complex will allow an entertaining encounter with the Middle Ages on 1,500 m² exhibition space, starting on 23rd June 2017.

Until then, the castle will remain closed because of the extensive construction measures.

Cadolzburg castle came into the possession of the burgrave of Nuremberg around 1250. The oldest parts of the castle also originate from this era. After a conflict with the city of Nuremberg the burgraves turned Cadolzburg into the center of their control in Franconia in the 14th/15th century. It remained the preferred residence of the Franconian Hohenzollern and has seen counts, kings, and even emperors as guests for over more than 200 years.

After the relocation of the court-holding to Ansbach around 1460, the castle remained an important administrative center of the margrave-rule Brandenburg-Ansbach until the end of the 18th century, but fell rapidly into decay. During the last days of the Second World War, the castle fell victim to a disastrous artillery fire and nearly burned out. Afterwards it remained in ruins for decades until the reconstruction began in 1982 - the opening of the adventure museum being the finishing touch.