Roth is located just under ten kilometres from Lake Roth in the Franconian Lake District holiday region. The centre and figurehead of the former margravial town is Ratibor Castle, whose idyllic inner courtyard is the venue for the Roth Castle Court Play and numerous concerts in the summer months. Roth was first mentioned in documents in 1060. However, today's market place only dates from the 12th century. Since the middle of the 14th century, Roth has had town rights. Long before Roth began to play.... [More about Roth] 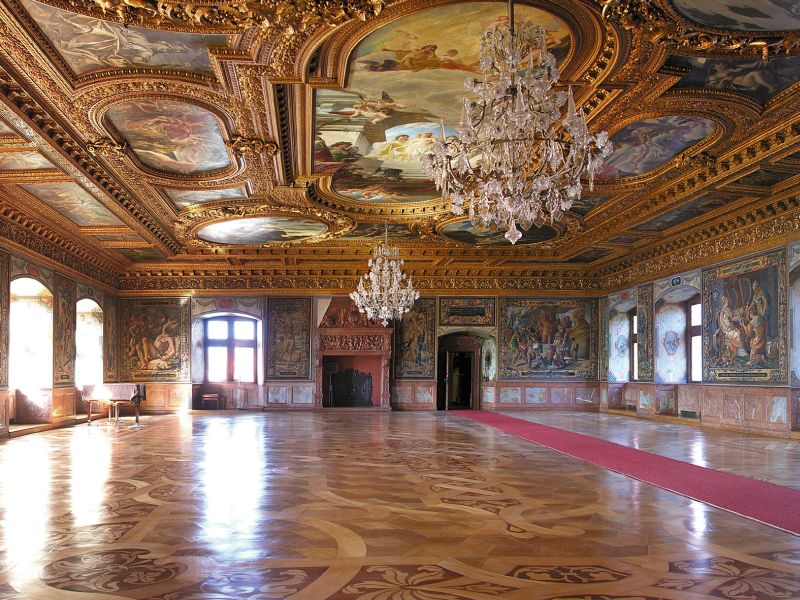 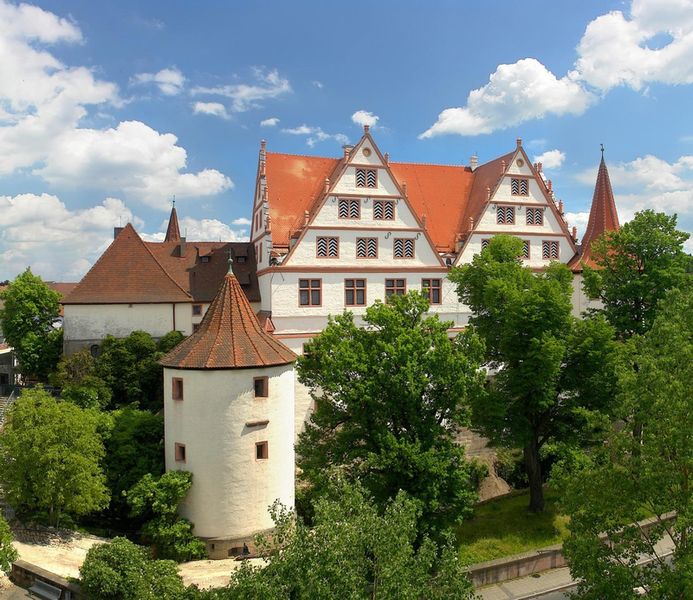 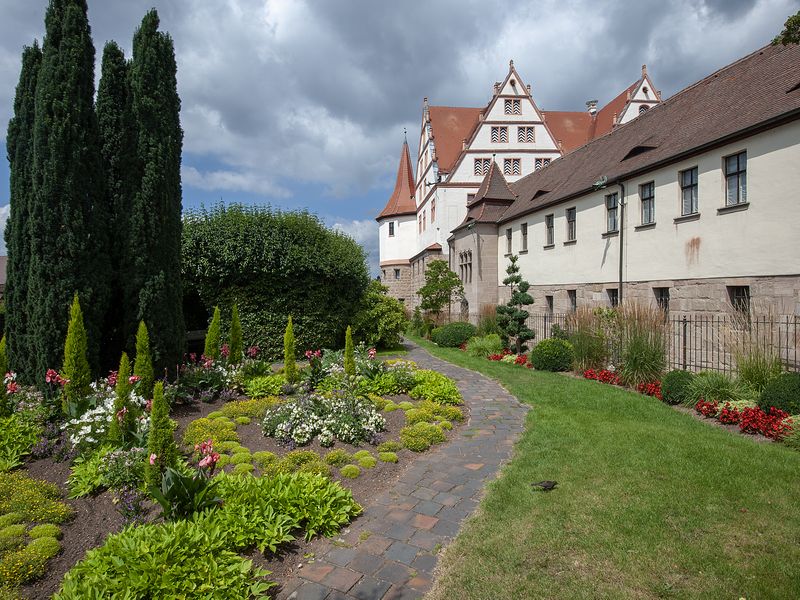 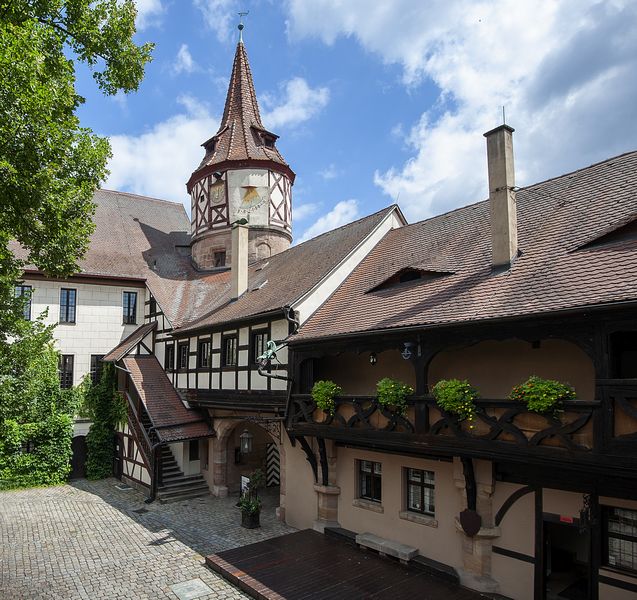 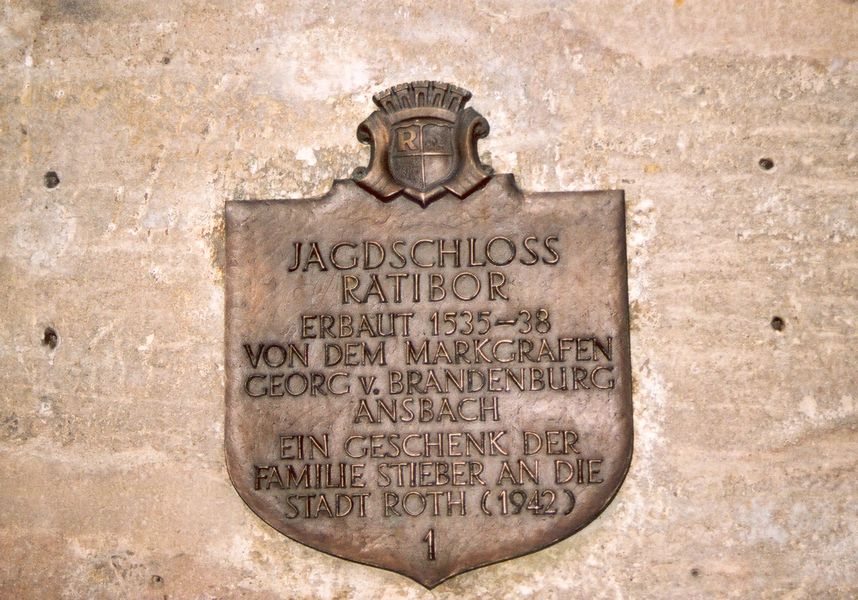 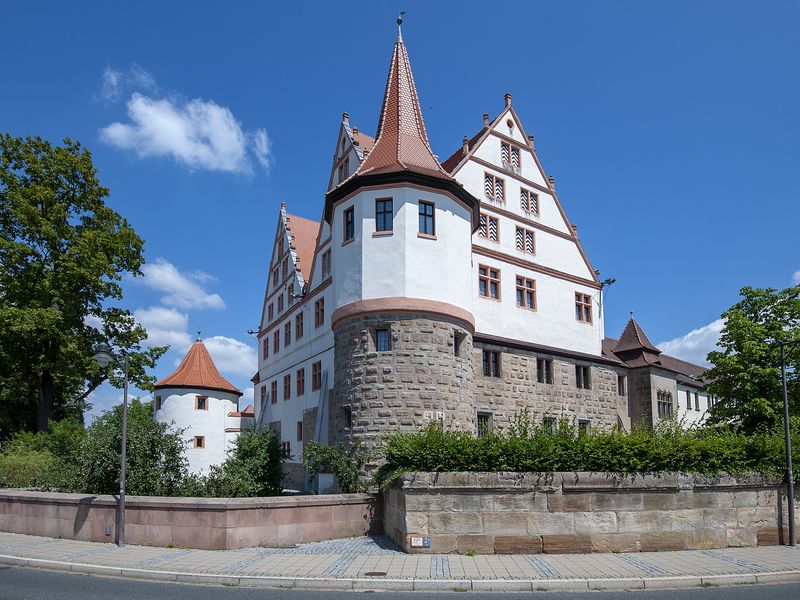 The "castle of the iron barons" serves as the center and important flagship of the former margrave city of Roth. Various rooms, as the impressive ceremonial room, can be visited. The city museum is located in the castle, additionally temporary exhibitions are presented.

During summer, the idyllic castle courtyard is the setting for the palace courtyard plays.

The former stables accommodate the public library and the municipal archive. The Tourist Information is located in the castle's east wing. Guided tours are offered on the first Saturday of every month; group tours can also be booked.

Between 1535 and 1538, George the Pious built the prestigious hunting castle in his city of Roth (administrative district office of the town). The vast woodlands and abundant game were the decisive factors. He financed the new reconstruction with the proceeds obtained from his Silesian possessions, in particular the principalities of Oppeln and Ratibor, which is why the castle was named “Ratibor Castle on the Retzet” (Rednitz river).

After the abdication of the last margrave in 1791, Johann Philipp Stieber acquired the building for a production facility of Lyonese wires.

From 1858 until 1892 the main building was the seat of the Regional Court. Around the turn of the penultimate century, Wilhelm von Stieber had the castle’s interior redesigned in the style of late German and Italian Renaissance by well-known historicist artists such as Ferdinand Wagner, Rudolf von Seitz, Friedrich Wanderer and Conradin Walther: elaborate stucco works in the marbled stairwell, wood panelling with intarsia in the drawing-room with fireplace, conservatory and dining hall as well as the magnificent ceremonial room with ceiling frescos depicting themes of ancient mythology and tapestry paintings depicting scenes of the Odyssey by Homer.

In 1942 the castle was given to the town of Roth as a present.