Abenberg is located 20 kilometres southwest of Nuremberg, only a few kilometres from the Franconian Lake District with Roth-, Brombach- and Altmühl lake. Landmarks are the 1000 year old castle Abenberg and the 500 year old monastery Marienburg, as a charitable and spiritual centre. The village was first mentioned in 1071 as Abinberch. The Counts of Abenberg built the castle. It was the time of the high Middle Ages and the blessed Stilla, who dedicated her life to the poor and sick. From 1189 to.... [More about Abenberg] 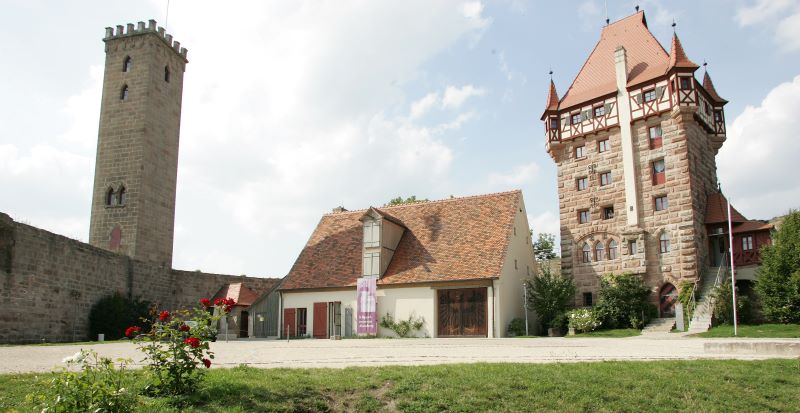 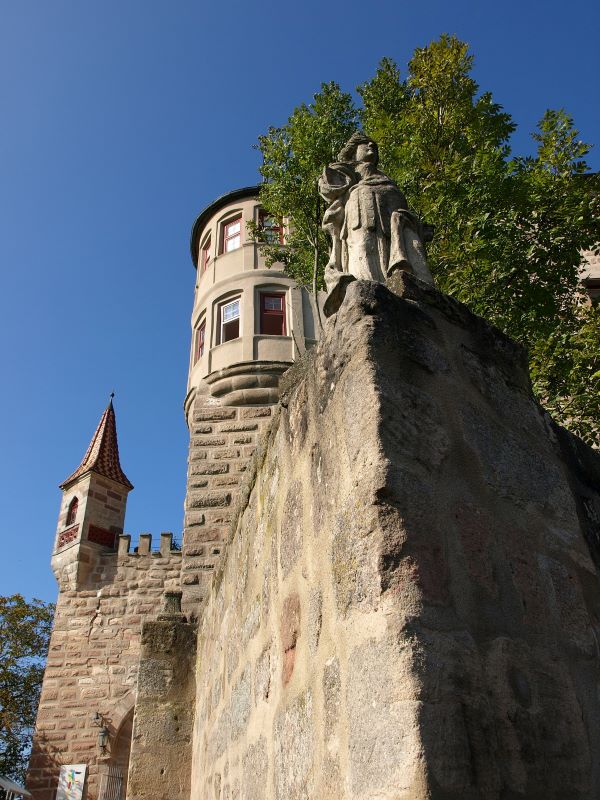 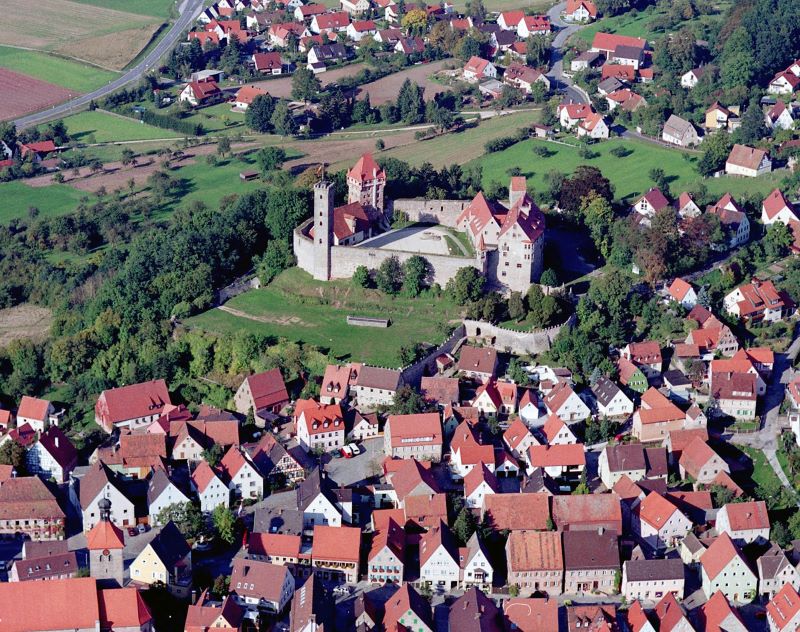 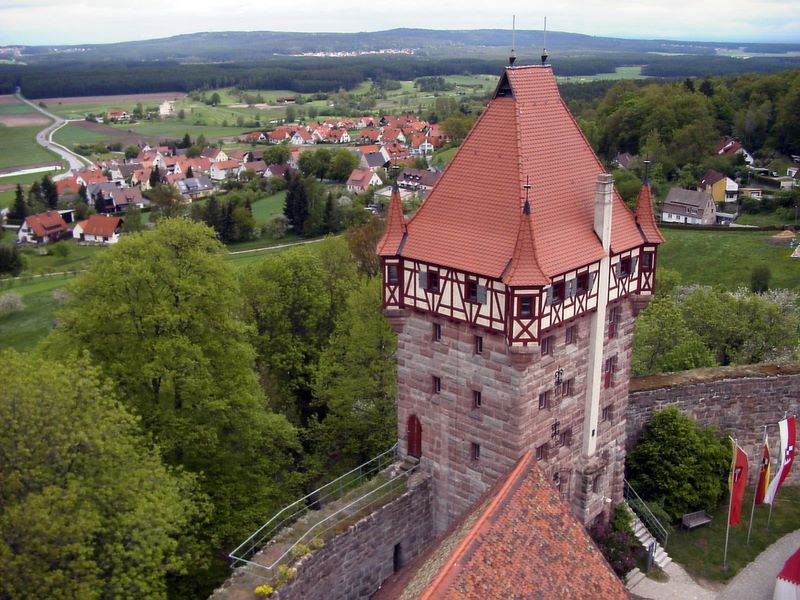 Two towers – the slender "Luginsland" watchtower and the massive "Schottenturm" (Schott Tower) – dominate the striking silhouette of the castle. Neither was built until the 80s of the 19th century.

The castle complex accommodates the "house of Franconian history" and the bobbin lace museum. Furthermore the Hotel Abenberg Castle and a restaurant that offers an exquisite cuisine are located there. Some rooms are situated in the "Schottenturm".

In the 11th and 12th centuries Abenberg Castle became the seat of the powerful Counts of Abenberg - church advocates of the bishops of Bamberg. After the Abenbergs had died out around 1200, the Hohenzollerns, by trade the castellans of Nuremberg, inherited the building. About 1230 they began rebuilding today's castle, which went on until about 1250. Later they rarely spent any time here. In 1296 Konrad the Younger sold Abenberg to the bishop of Eichstätt.

In 1806 the castle came into the possession of the Kingdom of Bavaria, which sold the splendid building to a private investor. In 1875 a Munich art dealer bought the castle, saved it from total destruction and began rebuilding. The following owner, the chamber singer Anton Schott, reconstructed the "Schottenturm"and began enthusiastically excavating his castle, but in a rather dilettantish fashion.

After decades of decay the castle was finally bought by the city of Abenberg in 1982 and in 1984 by the District of Central Franconia and they established the museums there. During the renovation work between 1988 and 1992 archaeological investigations were carried out, leading to spectacular finds.