Waldenburg lies at an altitude of over 505 metres in the Swabian-Franconian Forest Nature Park. The "Balcony of Hohenlohe", visible from afar, offers magnificent views over the Hohenlohe plain. A panoramic path around the old town leads to idyllic farm gardens, a medieval bastion, the Lachnerstower as the highest observation tower in Hohenlohe, the mighty castle and finally to cafés and restaurants in panoramic locations. Beautiful, well-marked hiking trails connect the town with, among other things,.... [More about Waldenburg] 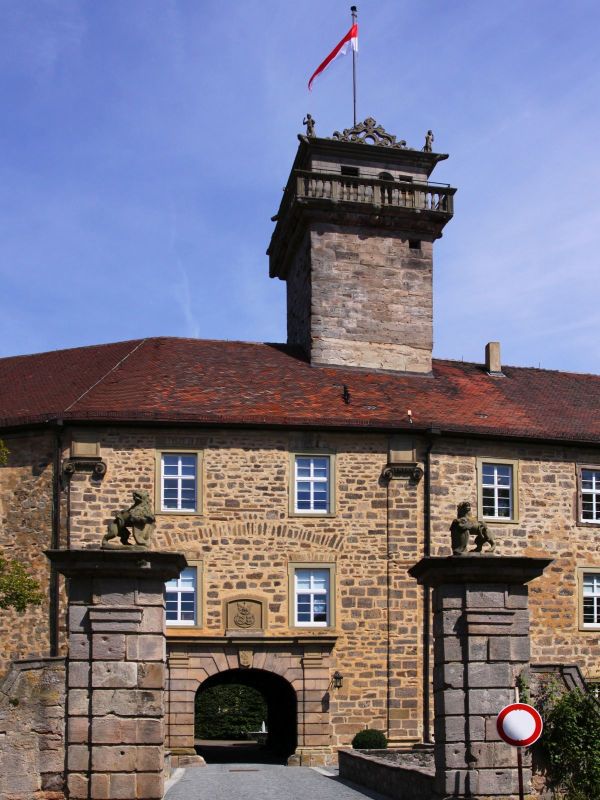 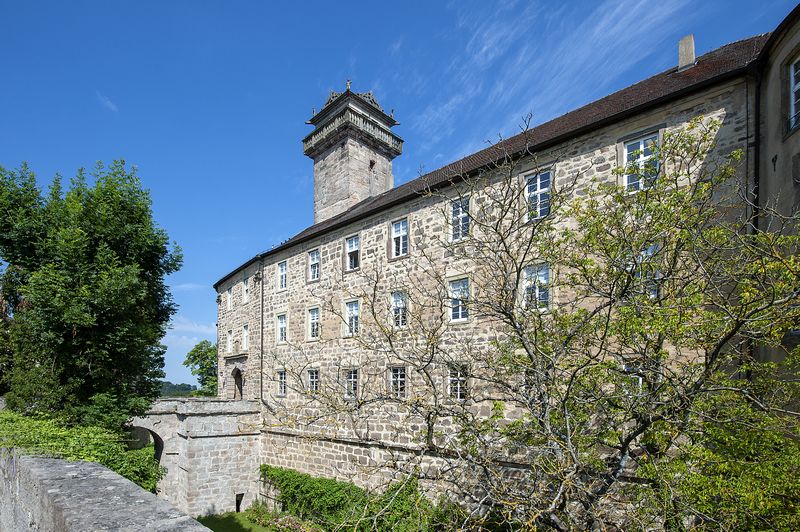 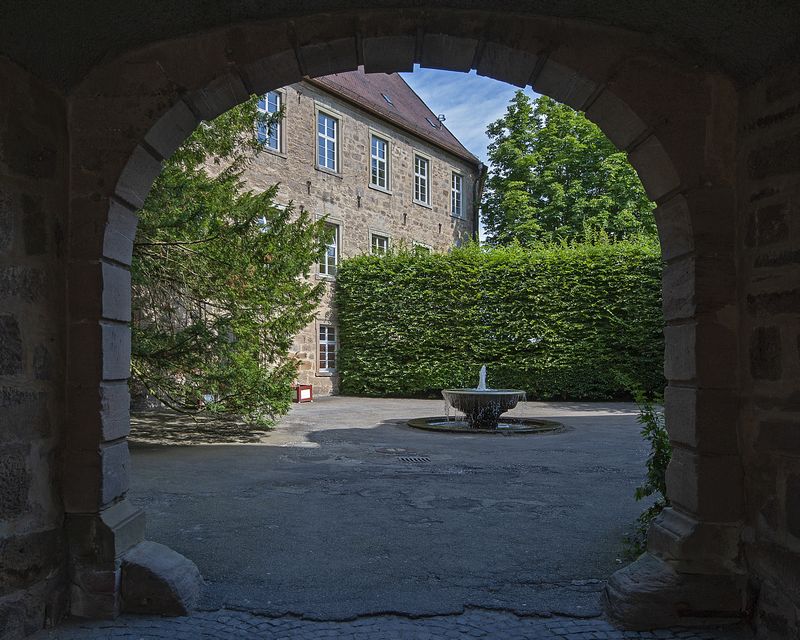 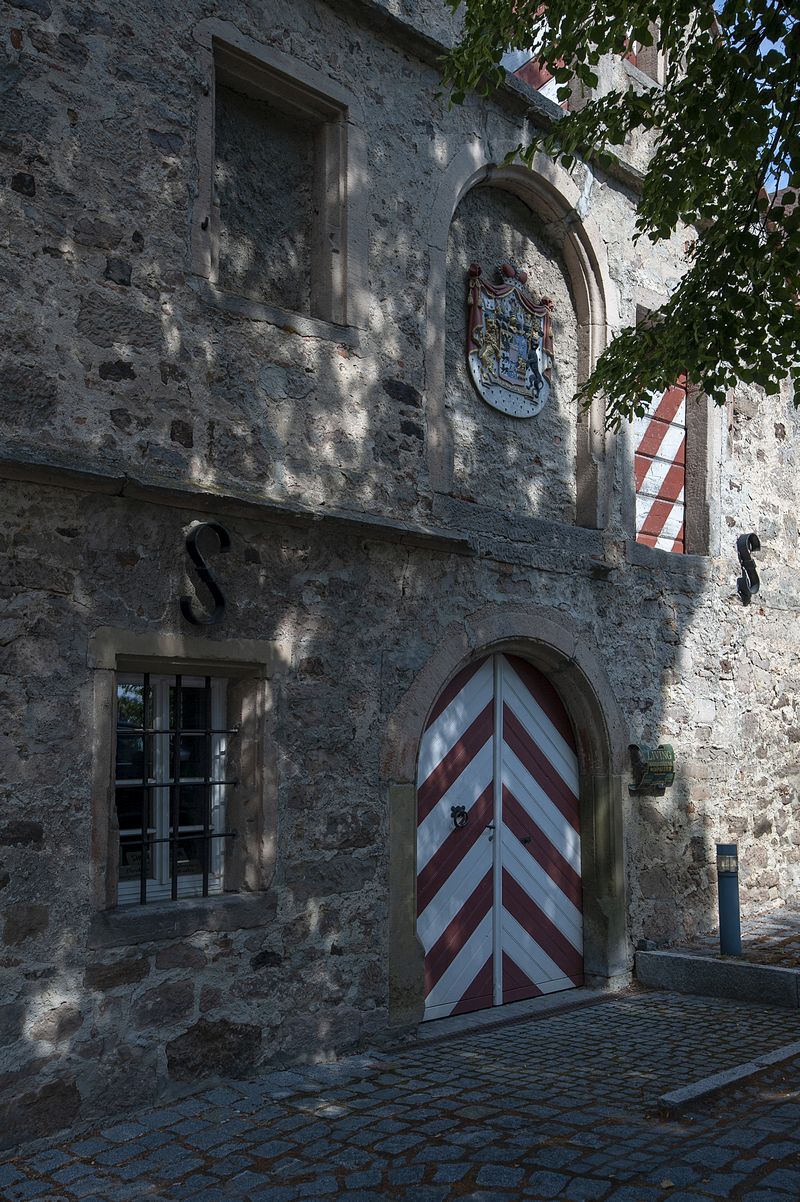 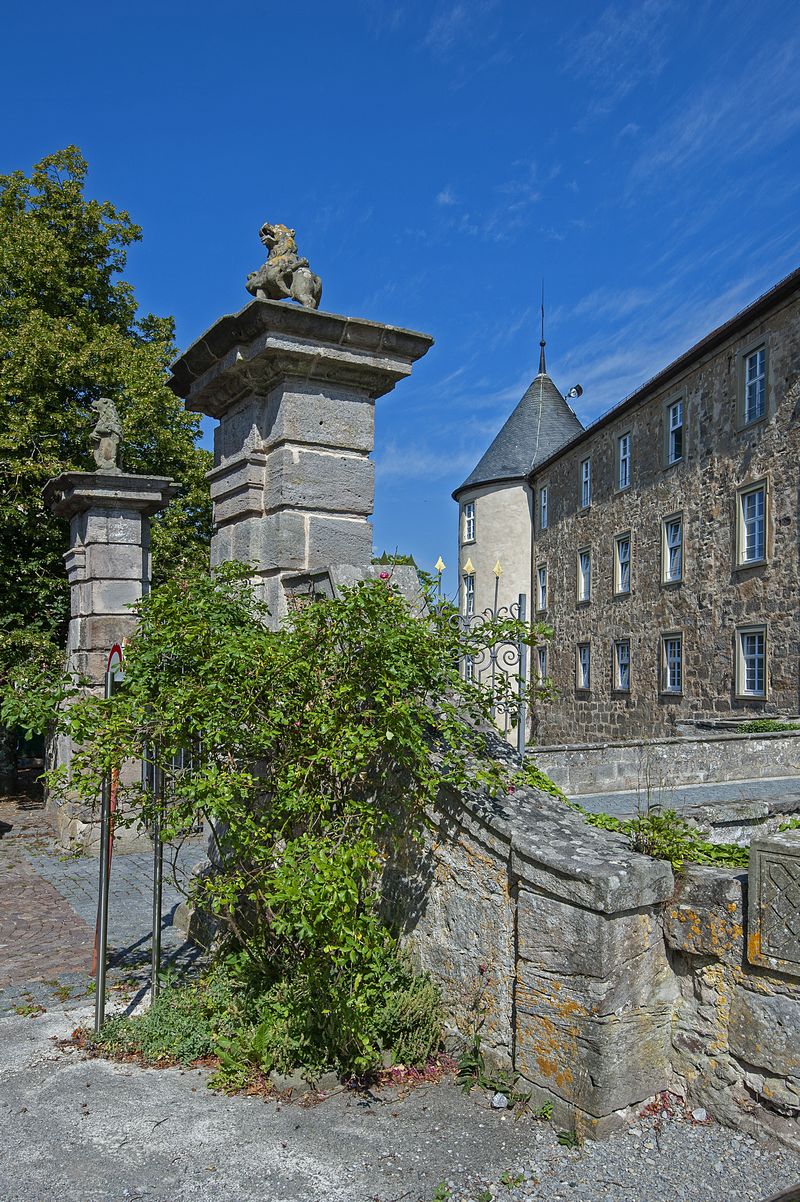 The castle is situated on the extreme top of a 504-metre high mountain spur with a unique view over a radius of almost 160 kilometres. It is privately inhabited and not open to the public. The castle courtyard is freely accessible.

A castle was built here in the 13th century. Since 1253 the castle has been in the hands of the House of Hohenlohe without interruption. In the 16th and 17th centuries, the castle was converted into a residential castle and from 1553 to 1679 Waldenburg was the residence of the Lords of Hohenlohe-Waldenburg. During the remodelling, the old keep could not be demolished because of its thick walls. It was therefore integrated into the castle complex and was given a structure with a surrounding balcony and stone railing. The stone lance-armed boys at the corners gave it the name "Männlesturm". When the Hohenlohe-Waldenburg line died out in 1679, the complex fell into disrepair. After the Catholic Hohenlohe-Schillingsfürst line had taken over the castle in 1728, they had the west and south wings rebuilt from 1732. In 1791 they built the castle church. In 1945 the castle burnt down completely.

During the reconstruction, the exterior design was preserved, but many changes had to be made to the interior. A forgotten 65 metre deep well from the 15th century was rediscovered.