The small town of Heldburg is located about 20 kilometres from Coburg in the very south of Thuringia. However, the region has always had a Franconian influence and so the Franconian dialect is also spoken here. The Veste Heldburg, known as the "Franconian lamp", is a landmark of the town and visible from afar. The appearance of the listed old town is characterised by half-timbered houses in the Franconian style. Large parts of the 15th-century town wall have been preserved to this day, including.... [More about Heldburg] 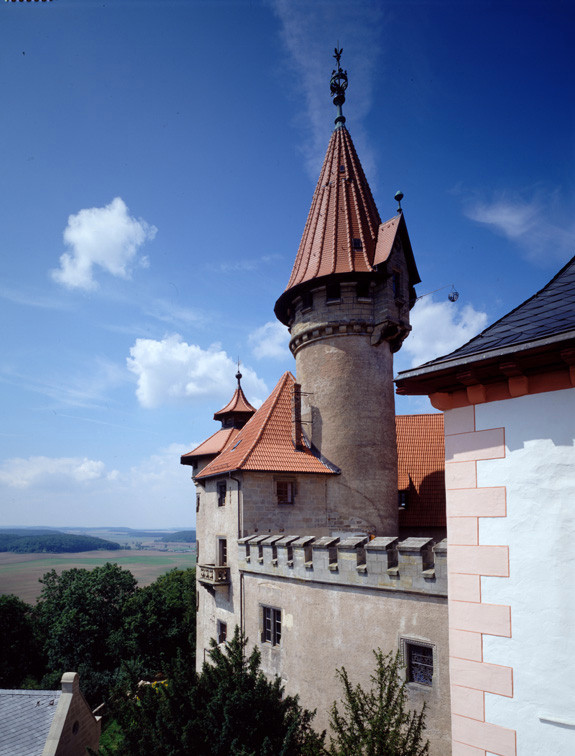 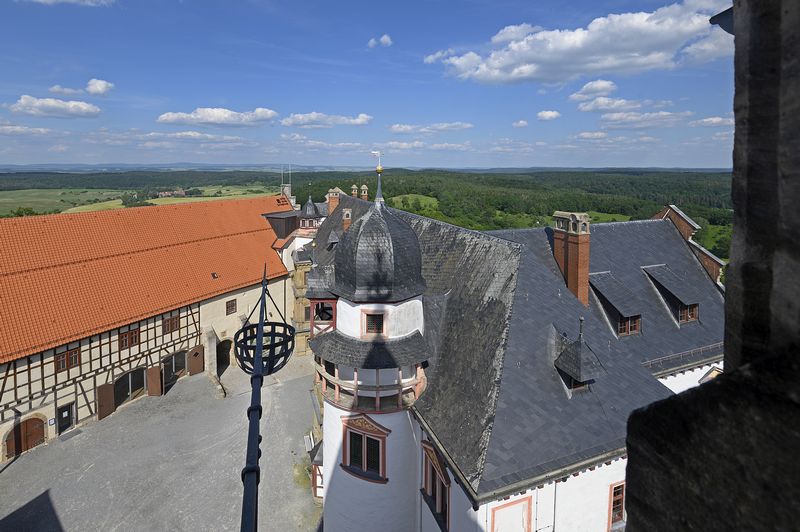 Heldburg Fortress - View over the rooftops. 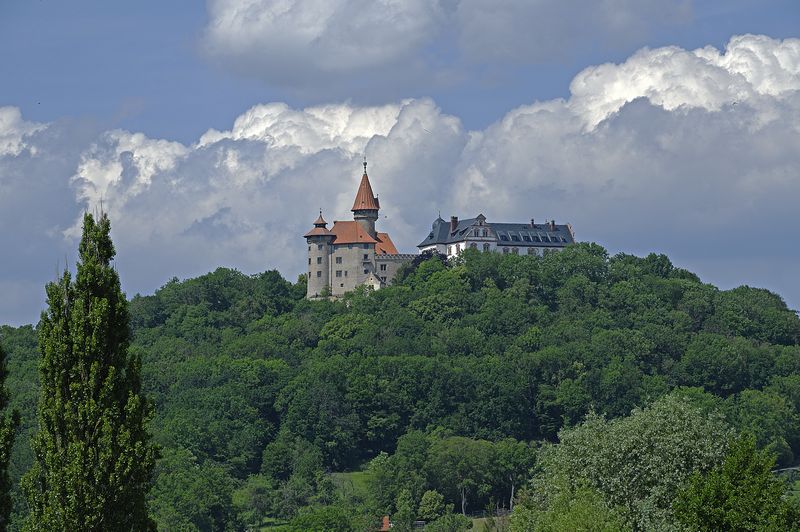 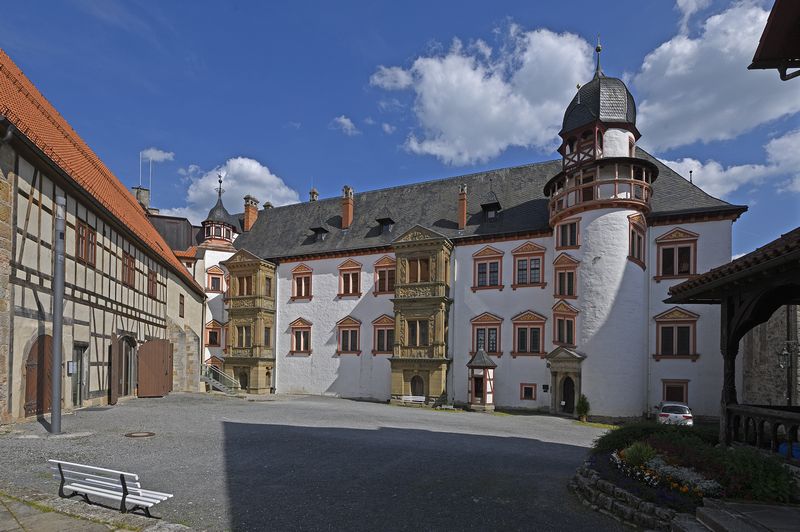 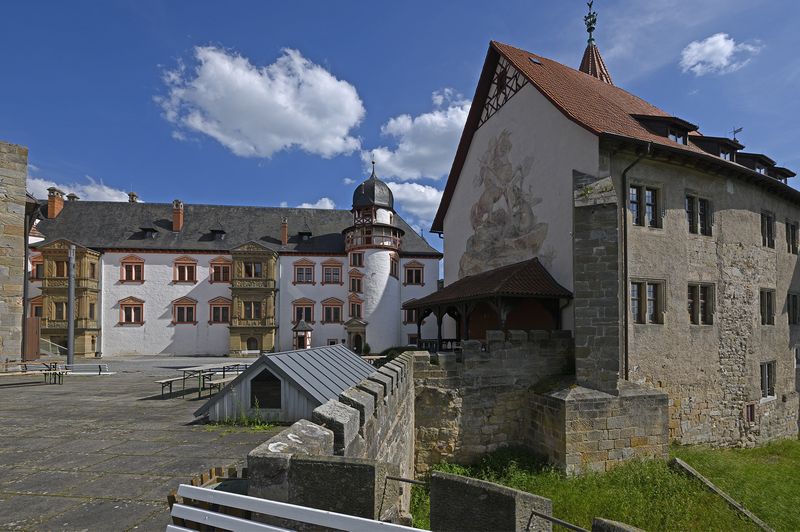 Heldburg Fortress, first mentioned in 1317, is a fairy-tale structure enthroned upon a 403 meter high conical rock and is the landmark of Bad Colberg-Heldburg. In the past the "Franconian lantern" had the very important task of alerting Coburg, which lies in close proximity, to impending danger by means of fire signals. The French wing was constructed during the extension of the castle into a ducal residence from 1560.
After a richly diverse history Duke George II of Sachsen-Meinigen, inspired by Neuschwanstein Castle, had the complex, which had fallen into disrepair, renovated and turned into an excellent example of German Castle Romanticism at the end of the 19th century. These changes still characterize the castle today. During the time of the GDR it lay in the border area.
From 1954 to 1982 it was used as a children's home before a large fire destroyed the French wing.
Today an exhibition informs the visitor of the history of the fortress as well as the reconstruction of the French wing, which is a mutual project of Thuringia and Bavaria. Castle festivities, concerts and other events take place here. Heldburg Fortress is also the location for the German Castle Museum.