Schwetzingen is known for its castle as the summer residence of the electoral princes, the castle garden as one of the most beautiful gardens in Europe, for its asparagus and for its festivals. The Mediterranean-style palace square with its cafés and restaurants forms the heart of the city and the spacious entrance to the palace grounds. From here the Carl-Theodor-Strasse runs as a dead straight axis - "Palatina" - up to Heidelberg's local mountain, the Königstuhl. Elector Carl Philipp elevated.... [More about Schwetzingen] 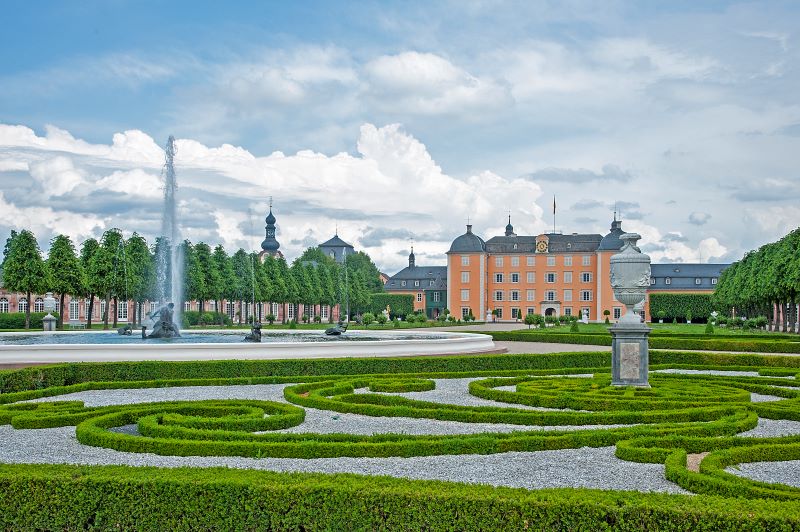 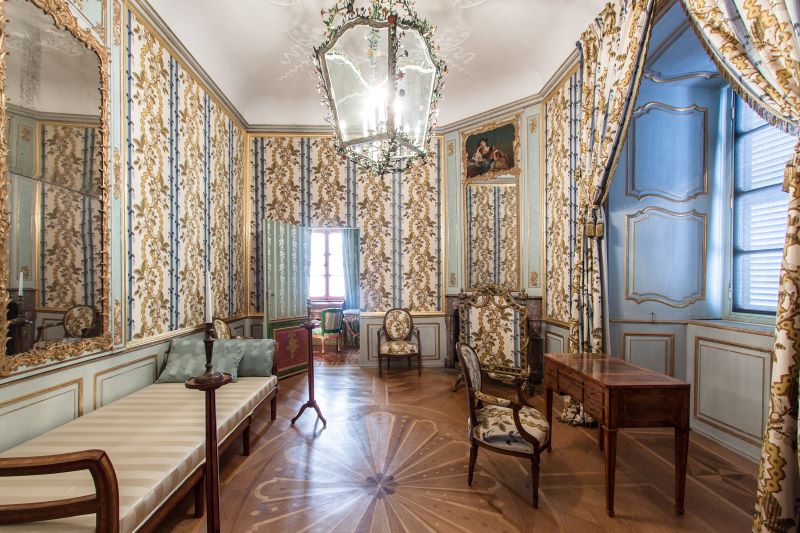 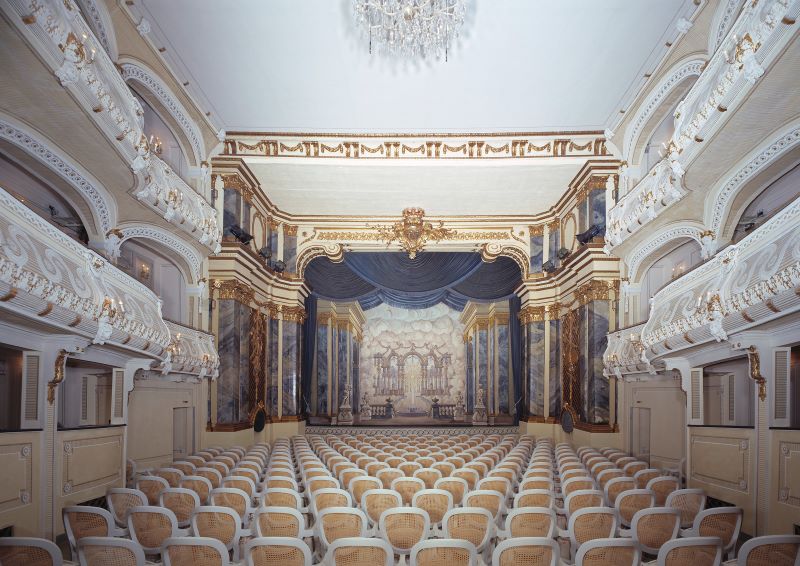 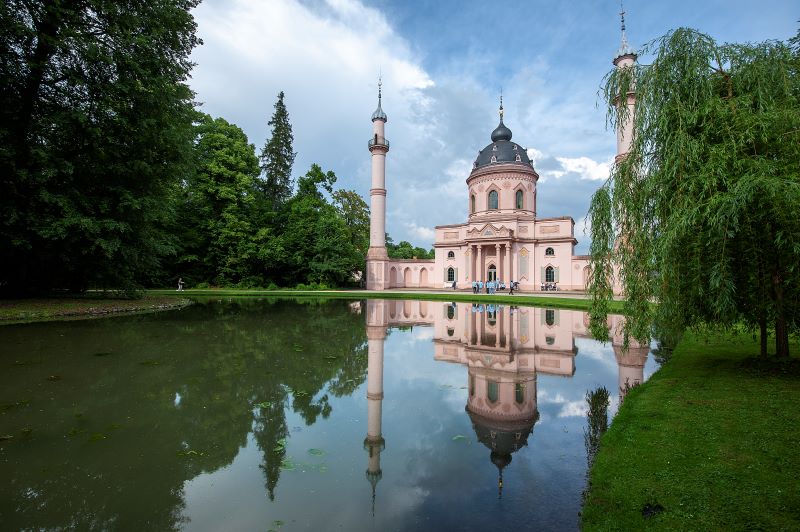 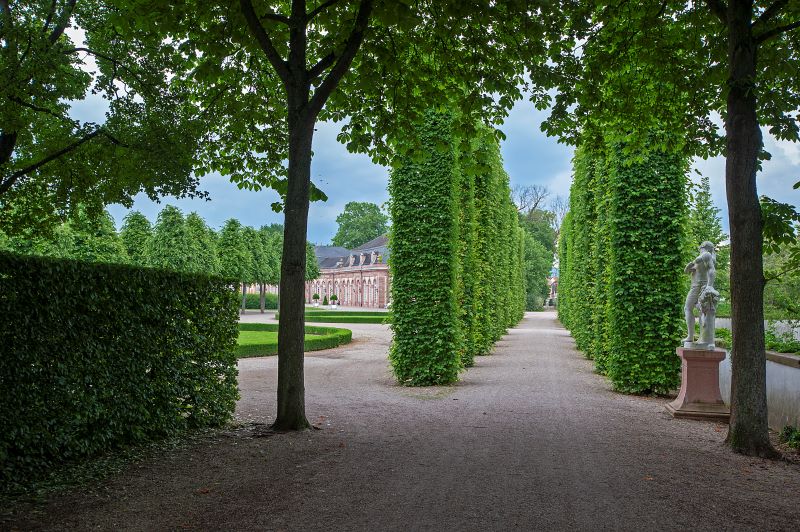 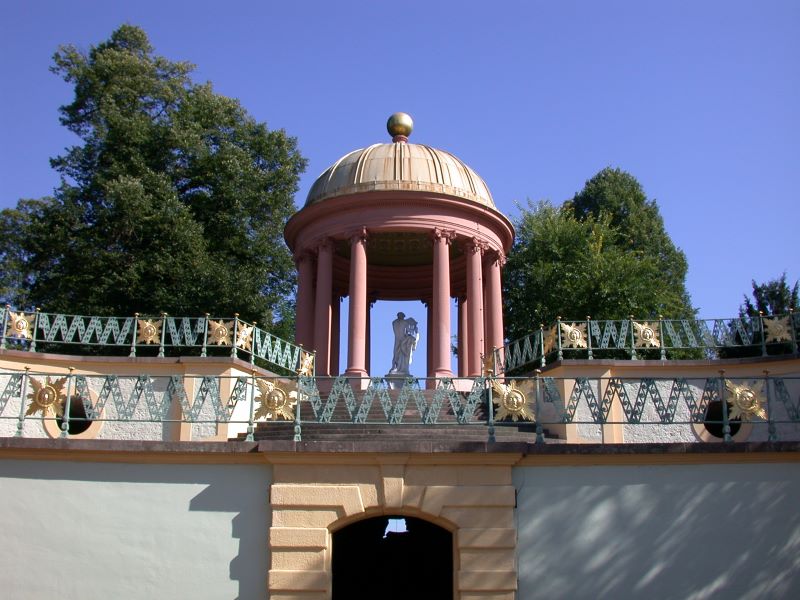 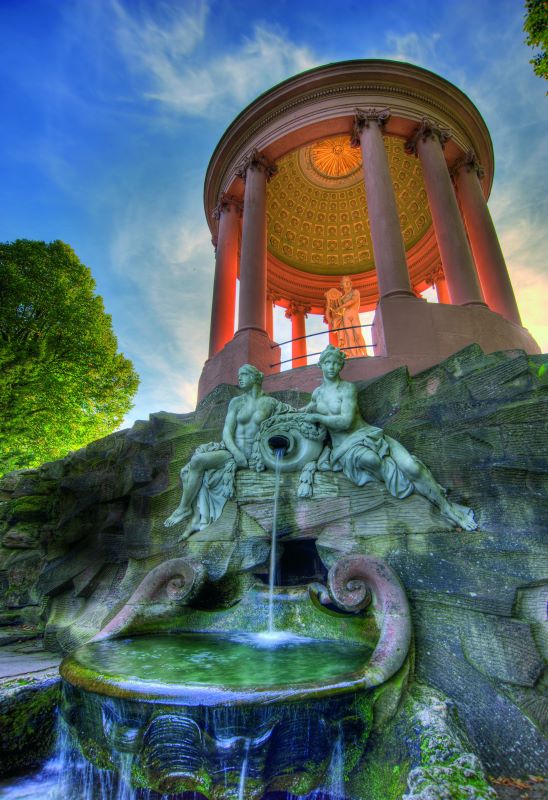 The Schwetzingen palace complex with its magnificent garden in the heart of the city extends to an area more than 72 hectares. Perfectly preserved it conveys the harmony and lightness of a baroque summer residence. Thirty rooms can be visited, among others the electoral appartment and the function rooms. The Rokokotheatre serves as the centre of the annual "Schwetzinger Festival".

As well as Mannheim, Schwetzingen palace experienced its blooming period under the art-minded Elector Carl Theodor (1724-1799), when the Mannheim Court spend their summers in Schwetzingen and the palace turned into "Palatine Versailles". Thus, the Rokokotheatre developped, in which the seven year old Mozart performed in 1763 and where Voltaire was a guest with his works. Today the masterpiece by Nicolas de Pigage is the oldest theatre in Europe.

Originally the palace complex goes back to a moated castle, first mentioned in 1350, that secured the roads between Worms, Ladenburg and Speyer. It became the hunting lodge of the Heidelberg Electors and was repeatedly destroyed and rebuilt during the 16th century. Schwetzingen palace was also a victim of the massive destruction of the Palatinate by the troops of Louis IVX.  in 1689.

In the course of the reconstruction, Elector Johann Wilhelm extended it to a three-wing-complex with a forecourt, which was turned into a summer residence by his successor Carl Philipp in 1720. When Carl Theodor inhabited the Bavarian Elector Dignity and relocated the residence to Munich in 1777, the importance of Schwetzingen Palace decreased. After the resolution of the Electoral Palatinate in 1803 Schwetzingen turned to Baden. After the death of the Grand-Duchess Stephanie of Baden in 1860, the palace was only used for daytime stays of the court. In 1919 the Corps de Logis became the Palace Museum.

Today the palace is in possession of the state of Baden-Württemberg.

In the palace garden a peculiarity is to be admired that is unique in Europe: It harmoniously combines a French part, which follows the strict rules of the Baroque Era, with an English part which puts the landscape in an artistic setting and always offers stunning perspectives.

The central axis that passes through the garden ranges visually from the Königsstuhl in Heidelberg up to the Kalmit, the highest mountain of the Palatinate Forest. Numerous buildings and complexes are to be seen when wandering through the park, among others a mosque, a bathing house, various temples for ancient gods, fountains and sculptures.

The corner stone for today's palace garden placed Elector Carl Philipp, when he turned Schwetzingen into his summer residence. His successor Carl Theodor extended the complex at first to a baroque style and equipped it with sculptures and buildings, among others with the mosque as a symbol for tolerance, with the help of architect Nicolas de Pigage. From 1777 an extension in English-style was performed by Friedrich Ludwig von Sckell.

Since the garden was hardly changed during the 19th century and since it remained intact during both world wars, it largely kept its original appearance and offers a unique variety of original preserved gardens.

As well as the palace, the garden is in possession of the state of Baden-Württemberg. An exhibition located in the southern circle of the palace is dedicated to the history and development of the palace garden.