Rothenburg ob der Tauber, the "Franconian Jerusalem" is world-famous for its walled, medieval old town. It stands for captivating stories in authentic locations, great works of art in churches and museums, awareness of tradition and hospitality. Traditional events such as the Reichsstadt-Festtage, the Historical Festival 1631 "Der Meistertrunk", the historical shepherd's dance, the Hans-Sachs-Spiele, the wine village, the Christmas Reiterlesmarkt and the summery Toppler Theater inspire guests from.... [More about Rothenburg ob der Tauber] 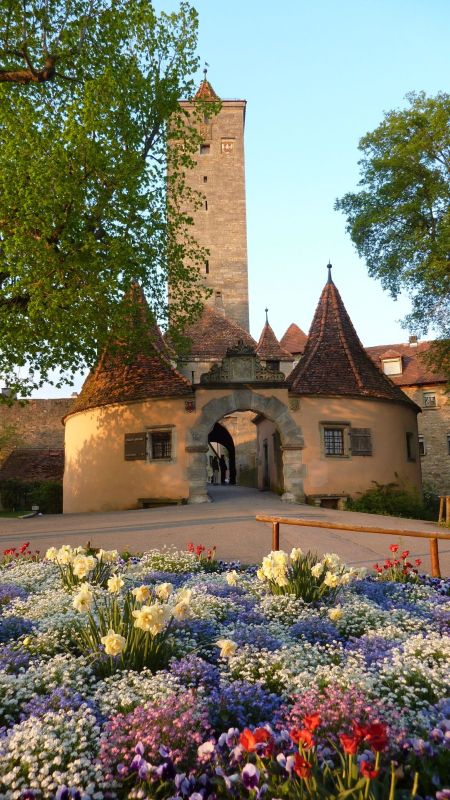 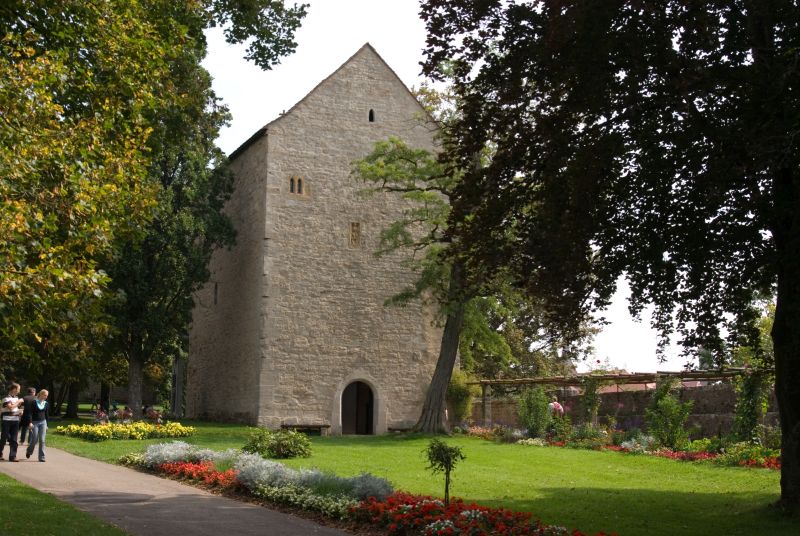 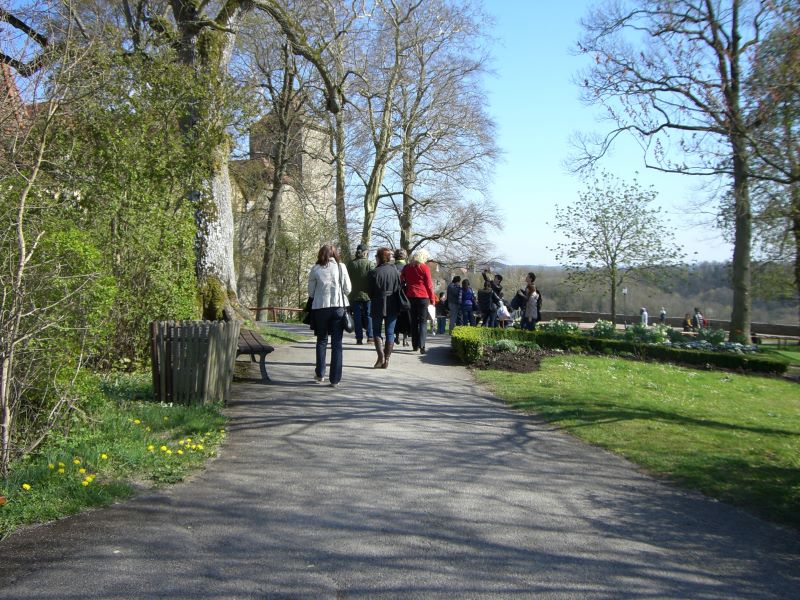 The origins of the city of Rothenburg date back to a castle, which was built around 970, high above the Tauber.

From the original castle only the castle gate from the 12th century, the oldest and highest gate tower of the city and the idyllic castle garden have survived. From there, you have a stunning view over the city silhouette and the Tauber Valley.

The castle was owned by the counts of Comburg-Rothenburg. By 1108 the Comburg-Rothenburg lineage had died out. The last member, Earl Heinrich von Rothenburg bequeathed the castle to the Comburg convent near Schwäbisch Hall. In 1116 it passed into the possession of the House of Hohenstaufen. Emperor Henry V gave the castle as a fief to his nephew, Duke Conrad of Swabia, who as Conrad III became King of Germany in 1137. He held court in Rothenburg, expanded the dukes’ castle by the so-called “front castle”, and the castle was decreed an imperial castle by him. The settlement east of the castle gate slowly developed into a town.

In 1356 the castle was destroyed by an earthquake. When it became clear that it was impossible to reconstruct the collapsed castle, the citizens of Rothenburg were granted permission by the Emperor Charles IV to use the stones to erect municipal buildings.Only the Blasius Chapel, also called the “High House of the Dukes", was rebuilt on the former spot of the castle complex between 1383 and 1390. Today it is a memorial place for the soldiers killed in the two world wars.