Kronach, the gateway to the Franconian forest, has retained its charm over the centuries. The citizens of Kronach entered Franconian history as the best-defended of peoples, no attack has managed to take the town, which is first mentioned in 1003. Even today late medieval sandstone houses with their timbered storeys are packed together, narrow labyrinthine backstreets lead to hidden oases and defiant watch towers loom above. Kronach was laid out in three stages. The base forms the lower town, encircled.... [More about Kronach] 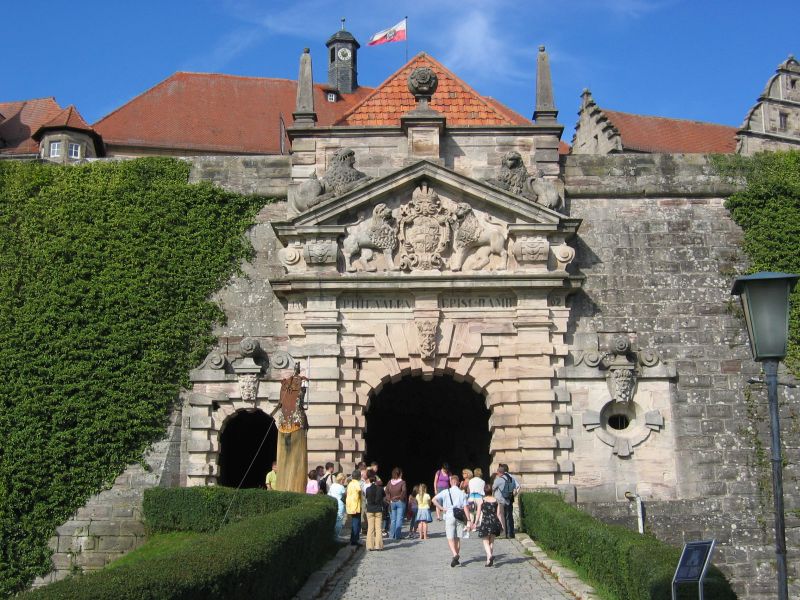 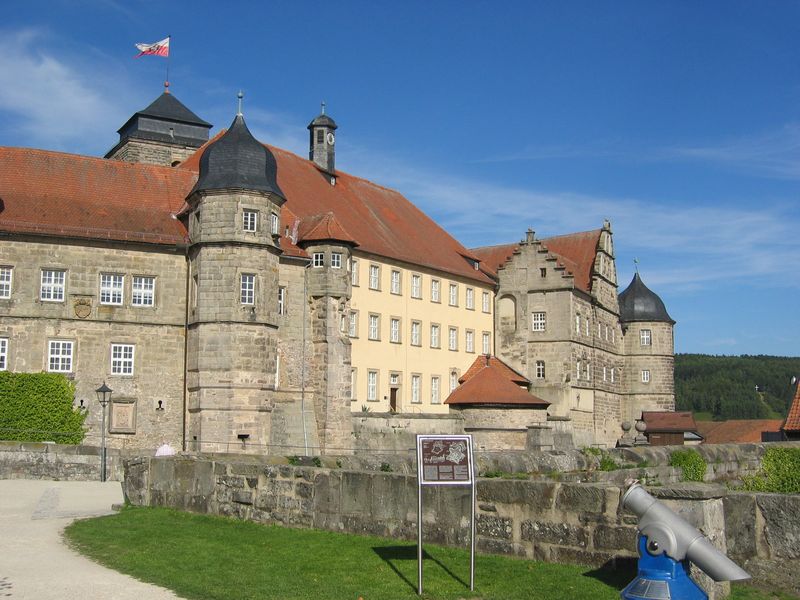 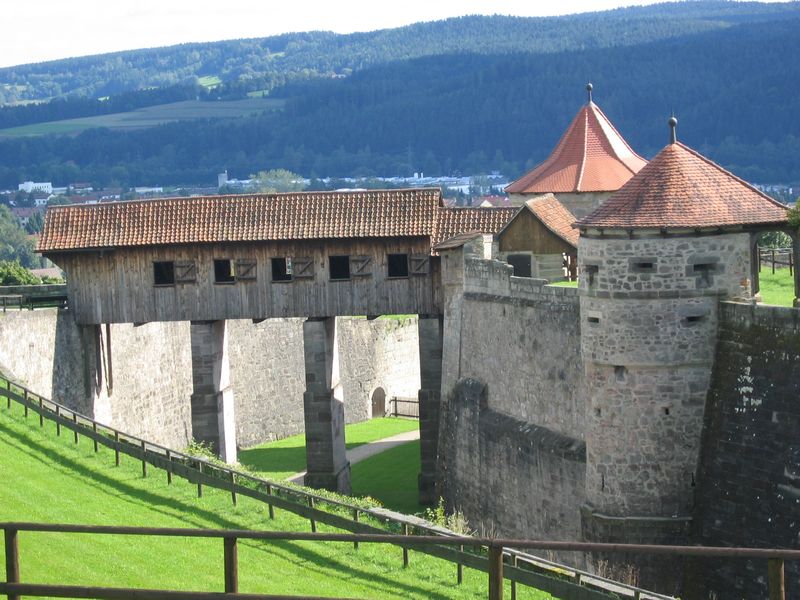 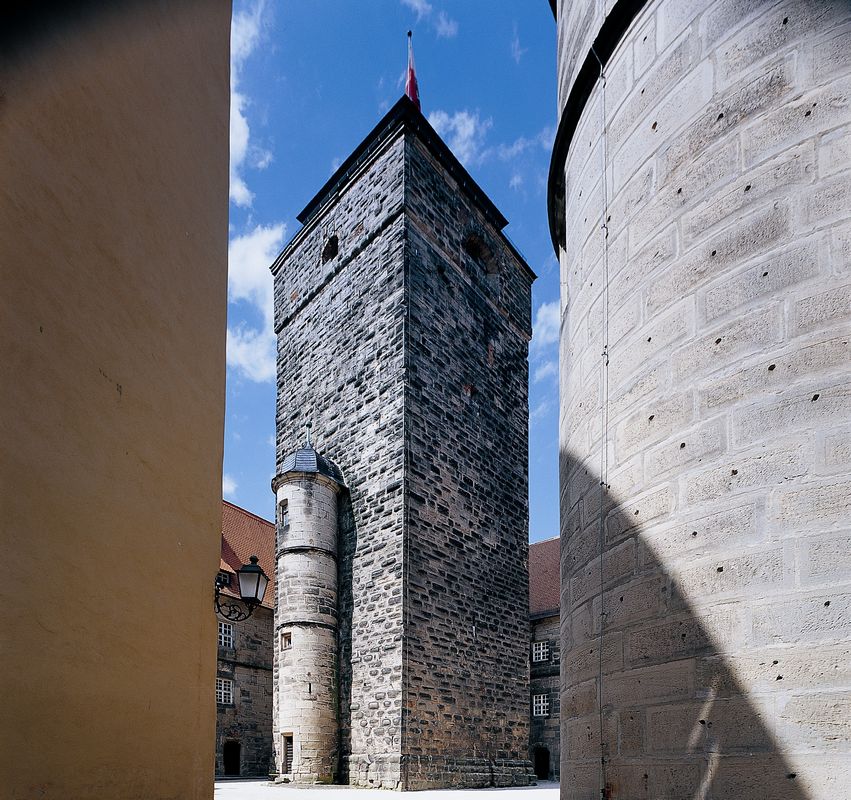 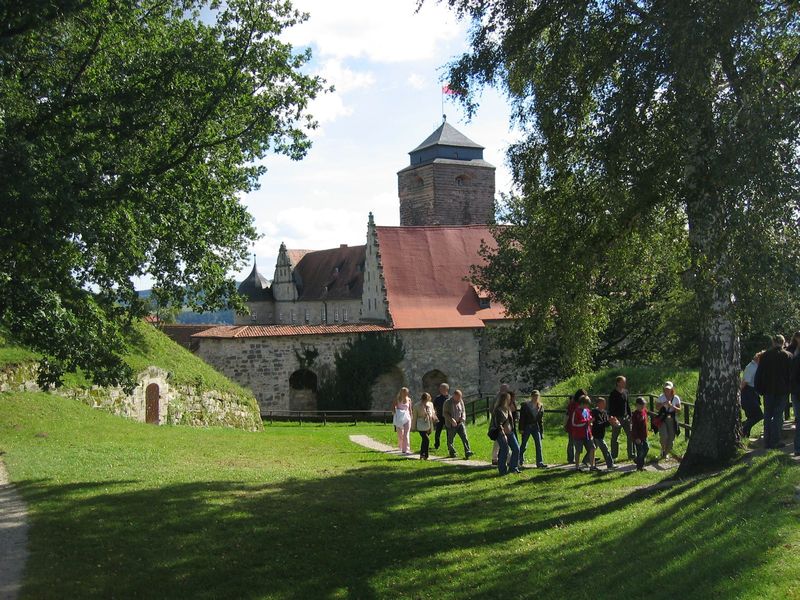 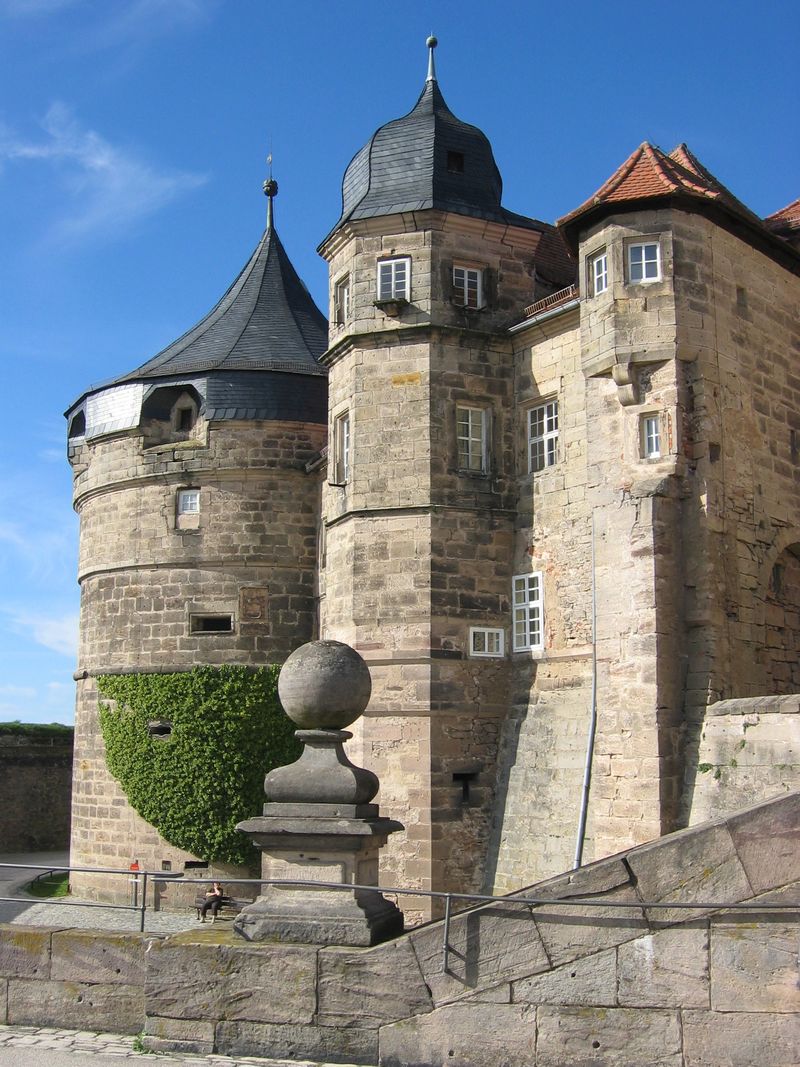 High above the Old Town of Kronach rises the Rosenberg Fortress. With an area of 23.6 hectares it is considered to be the largest fortifications in Germany. The almost completely symmetrical, model fortress complex has evolved over the centuries, surrounded even today by a complex of walls, moats, buildings, and gates. In addition, the JUFA Hotel Kronach has been located within the historic walls since June 2019.

The various stages of building are clearly recognizable - the medieval keep towering over the walls and the 15th and 16th century towers as well as the pentagonal Late Baroque bastion - reflecting the ever new challenges that had to be met in the construction of defensive bulwarks throughout the ages.
The Franconian Gallery in the Rosenberg fortress, a branch museum of the Bavarian National Museum, displays Franconian art works from the Middle Ages and the Renaissance in 25 showrooms. Prestigious names can be found there: Lucas Cranach the Elder, Kronach's most famous local boy, is represented by several paintings; a series of previously unknown sculptures by Tilman Riemenschneider and his workshop are on exhibit. Especially notable are the paintings by Wolfgang Katzheimer the Elder and the Bamberg school of painting from around 1500 as well as those by Hans von Kulmbach, a student of Dürer. The heritage of the Old Masters is complemented by regular special exhibitions covering the most diverse areas of art in the newly renovated rooms of the fortress.