The eye-catcher of the town of Gundelsheim is the sublime Horneck Castle, the symbol of its centuries-long connection with the Teutonic Order. In addition, the town is nationally known for its steep slope "Himmelreich" on the Michaelsberg behind the castle: it is the steepest still cultivated vineyard in Württemberg. The "Historical Path" leads through the pretty old town at the foot of the castle and starts at a signpost in the Schlossstraße. From the landing stage "Im Wert" excursion boats run.... [More about Gundelsheim] 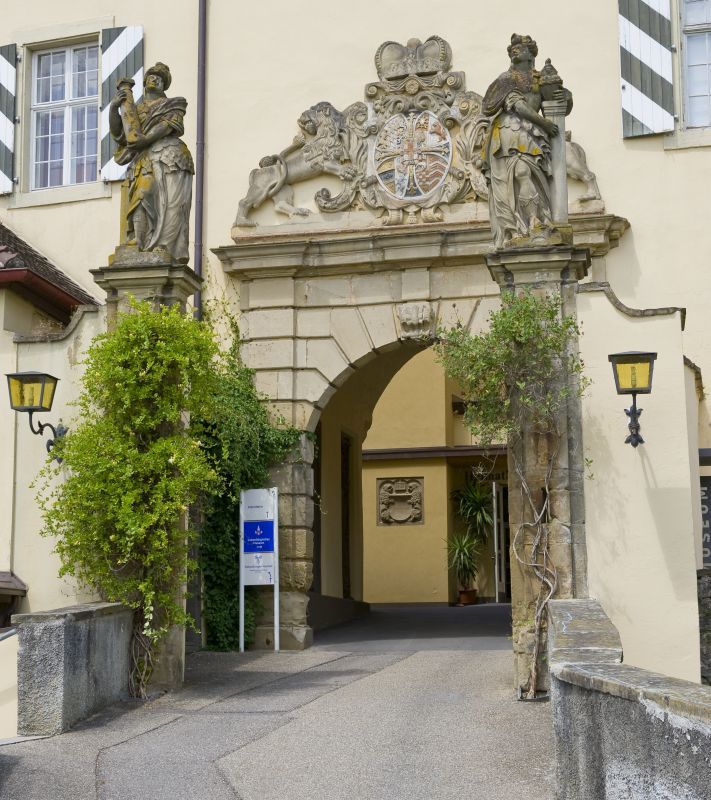 View to the Palace of Teutonic Order Castle Horneck and Gundelsheim. 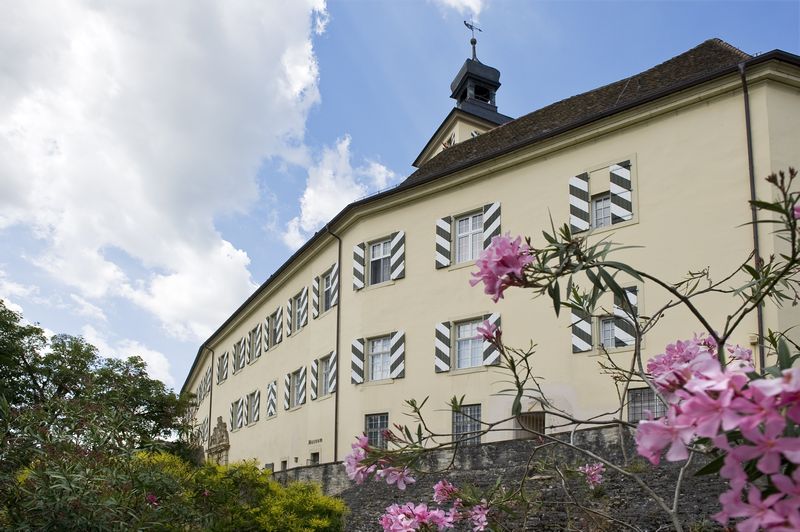 Gundelsheim - Palace of the Teutonic Order of Knights. 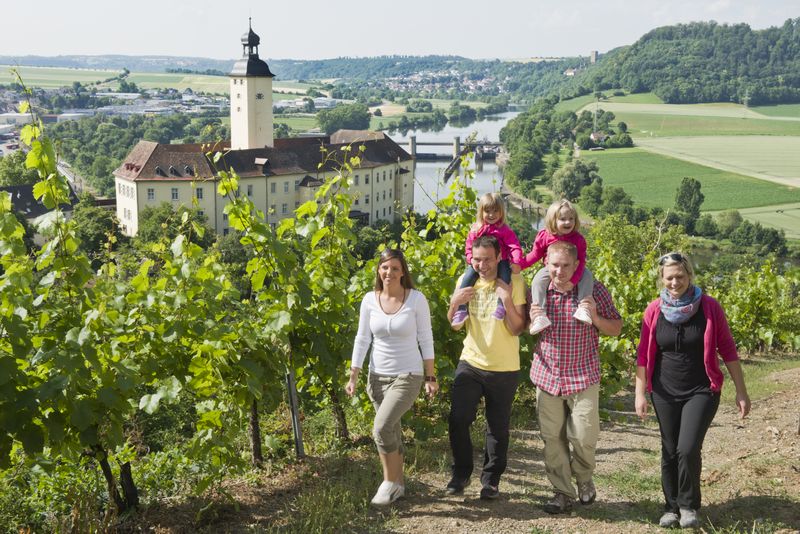 View of the Palace of Teutonic Order Horneck and the Neckar Valley. 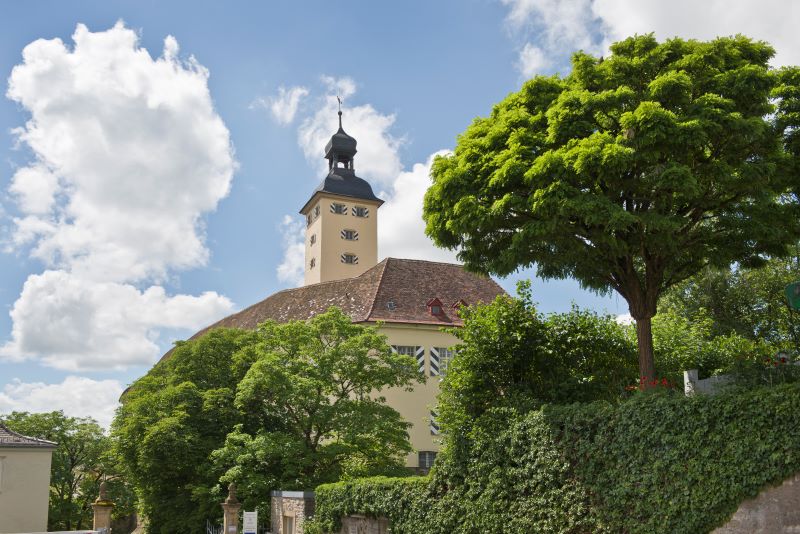 The mighty Palace Horneck reigns over Gundelsheim, the City of the Teutonic Order. It houses a castle hotel as well as the Transylvanian Cultural Centre. After Heidelberg, it is the second largest palace along the Neckar river. It became important and famous when the German Master made it his residence in 1420 and, thus, in addition to Riga and Marienburg became the third main seat of the Teutonic Order.

The original castle was presumably built at the beginning of the 13th century. In 1250 Konrad von Horneck joined the German Knights and donated, among other things, his property in Gundelsheim, to which Castle Horneck belonged.  In 1420 Horneck became the residence of the German Master. During the Peasant War in 1525, Horneck was completely destroyed, probably at the behest of the Knight Götz von Berlichingen who lived nearby in Castle Hornberg. After that, the Knights of Order relocated their residence to Bad Mergentheim, solely the commandery remained in Gundelsheim.

In the course of the reconstruction a Renaissance building was created until 1533 that was rebuilt into today's Baroque Palace by architect Franz Keller from 1720 until 1724. By the secularization in 1805 it became the property of Württemberg Kingdom and was used as a barrack. In 1824 it was sold privately and was used for various purposes, among other things as a brewery. From 1891 until 1939 Palace Horneck accommodated a famous sanatorium under the medical management of Prof. Dr. Roemheld. Shortly after the Second World War it served as an American hospital. From 1946 it was converted to a lungs sanatorium, which moved to Löwenstein in 1960.