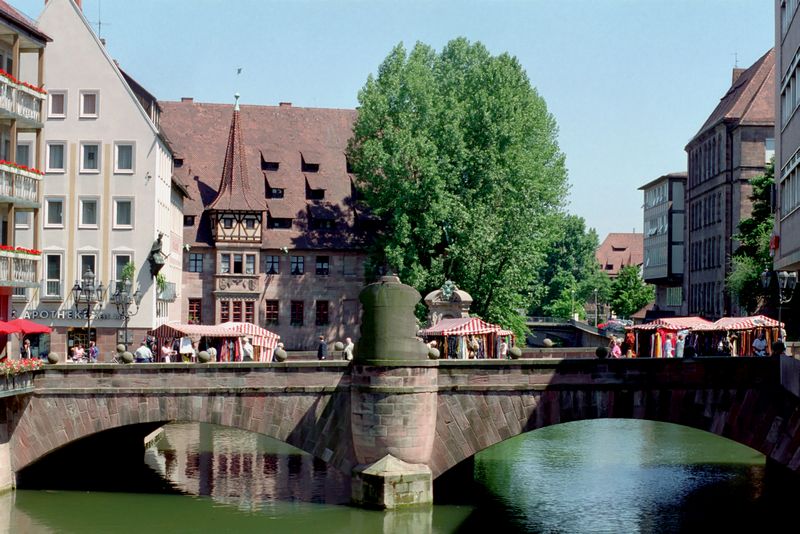 Nuremberg is almost 1000 years old: In the "Norenberg" (rocky mountain) Holy Roman Emperor Henry III (1017-1056) acquitted the serf Sigena on 16th July 1050. The Imperial Castle, the symbol of Nuremberg, was built on the sandstone cliffs.
Through the numerous privileges, which Nuremberg received in the 13th and 14th centuries from the German Emperors, it won the status of an imperial town. In the Middle Ages Nuremberg was confirmed as the place where each newly chosen German king held his first imperial council and in which the imperial insignia was stored. The city experienced its economic and cultural heyday in the 15th and 16th century.
World-famous artists such as Albrecht Dürer (1471-1528) and Veit Stoss (?1447-1533), humanists like Willibald Pirckheimer (1470-1530) and scientists like the astronomer Regiomontanus (Johannes Müller von Königsberg 1436-1476) lived and worked in the city. In the 19th century entrepreneurial spirit ensured a new boom as Nuremberg became the centre of Bavarian industry.
In the 20th century the National Socialists (Nazis) misused the city for their own ends and made it infamous for the "Nuremberg Rallies", the inhuman “Race Laws” were decreed here. After 1945 the main war criminals were brought before the "Nuremberg Trials" military tribunal and sentenced.
Severely damaged in the Second World War, the city of Nuremberg with half a million inhabitants is today a successful mix of historical charm and engaging cosmopolitanism. A multitude of museums, music festivals and children's culture characterise Dürer's city today. 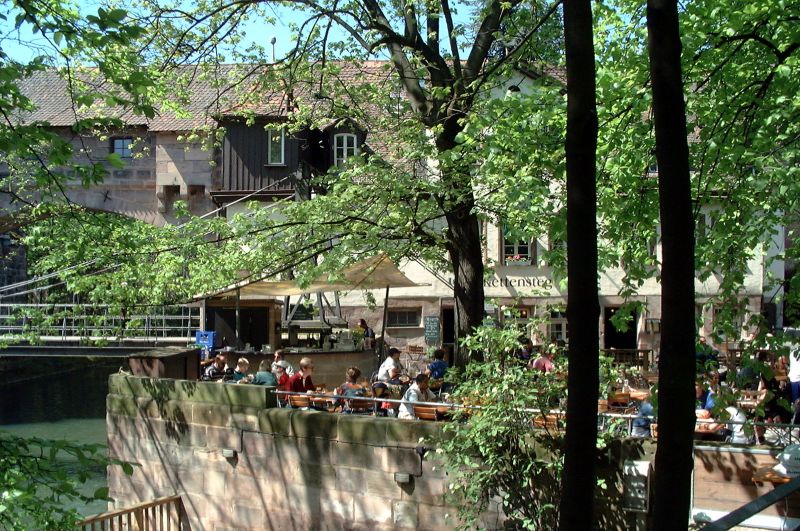 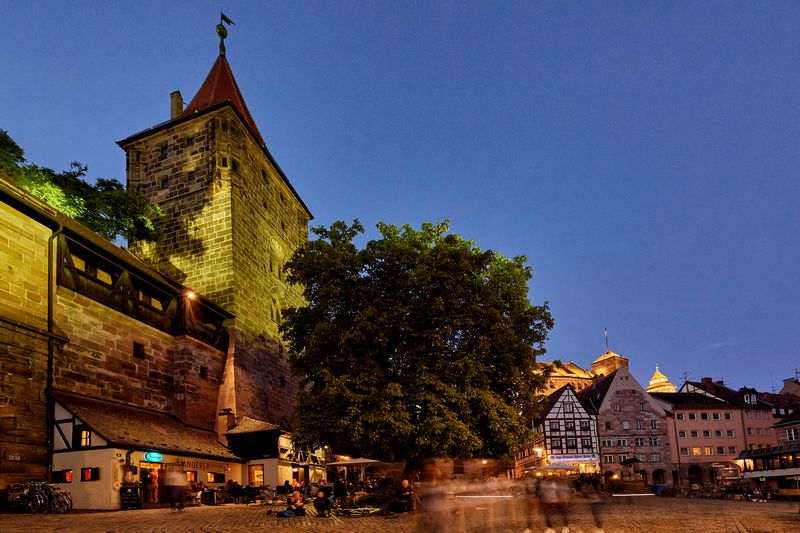 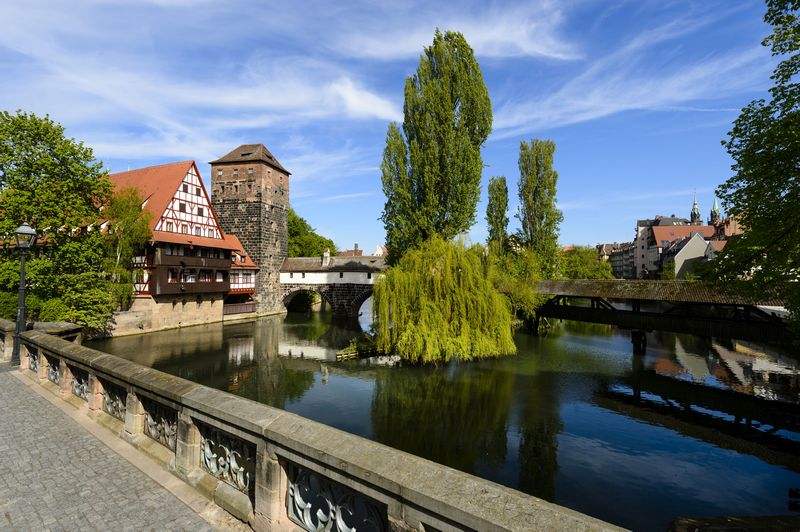 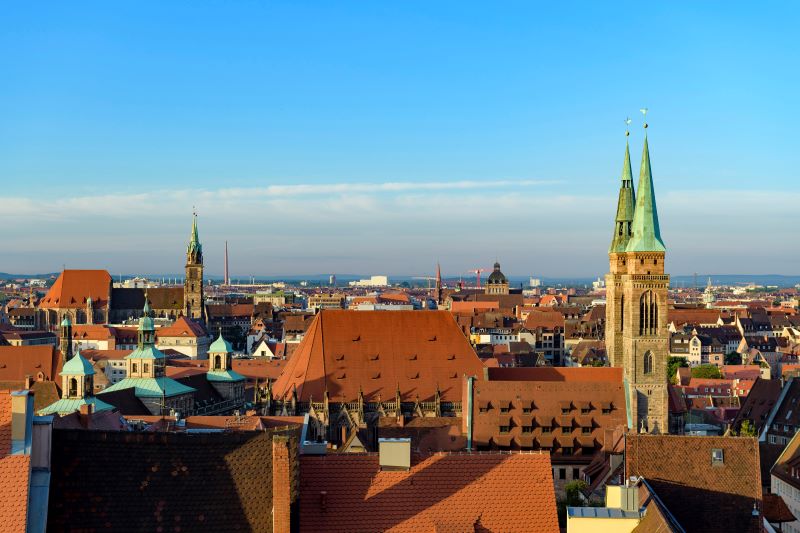 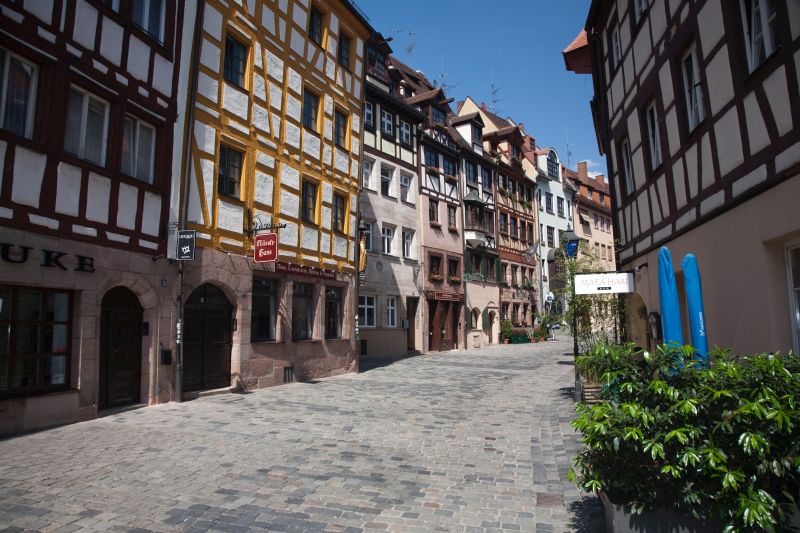 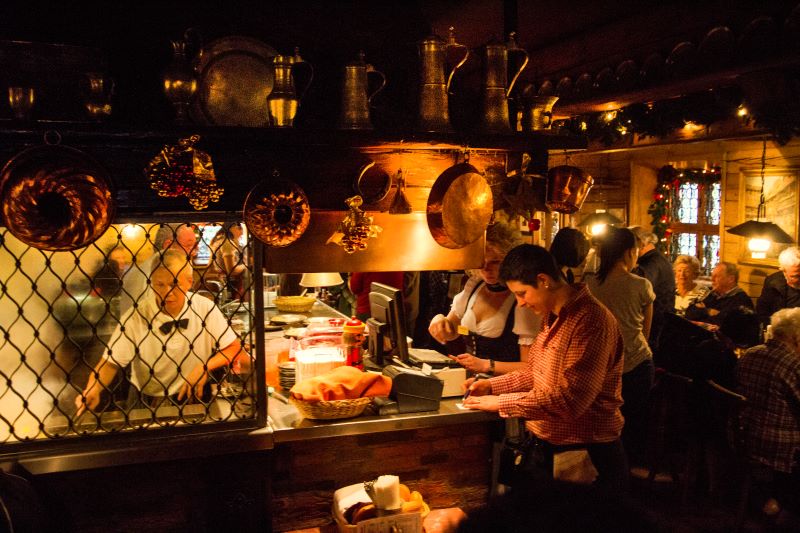