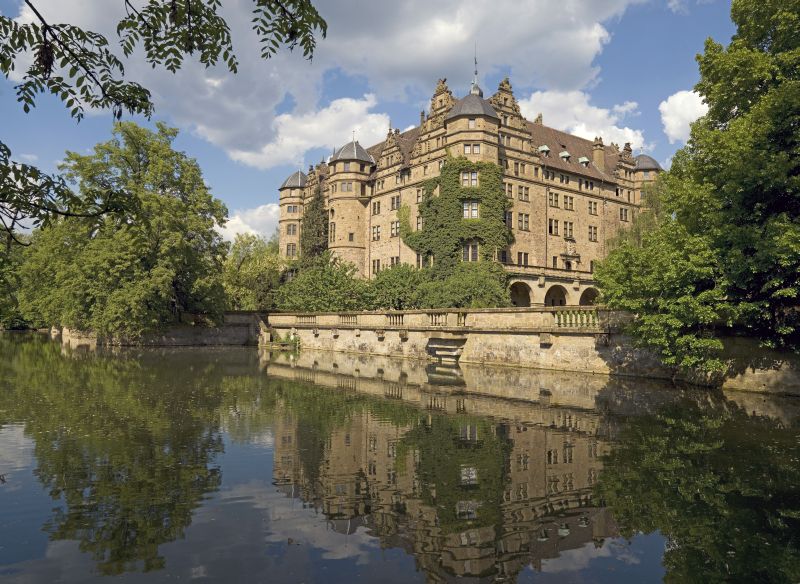 The splendid moated castle, seat of the Hohenlohe museum, dominates the image of Neuenstein. The castle, moreover, accommodates the central archive of the house of Hohenlohe - one of the biggest German private archives.

Neuenstein Castle was built during the Stauffer period - originally a moated castle named after the lords of Neuenstein - located not far from the highway that went from the Rhine over Wimpfen up to the Danube. Around 1300 the lords of Hohenlohe purchased the castle and used it as a residence. After an extension in the 15th century the castle was upgraded under Count Ludwig Casimir of Hohenlohe into a residential palace in a Renaissance style.

As from 1878 the family museum of the house of Hohenlohe, one of the first private museums in Germany, was established. At the beginning of the 20th century prince Christian Kraft of Hohenlohe assigned the architect and castle scientist Bobo Ebhardt with a comprehensive restructuring of the castle. In the course of the work between 1906 and 1925 the complex was increased by one floor.

Since 1946 the palace has been systematically extended into a cultural center.