Sinsheim is situated in the hilly region of the Kraichgau in the "north from the south" of Germany and is the centre of the "Sinsheim experience region". The town's landmark is the 330-metre-high Steinsberg Castle in the Weiler district, which is famous for its striking octagonal keep. For those interested in history, the town museum and the Friedrich der Große-Museum are interesting destinations, for technology enthusiasts the Technik Museum Sinsheim offers a unique range of exhibits.Tumuli from.... [More about Sinsheim] 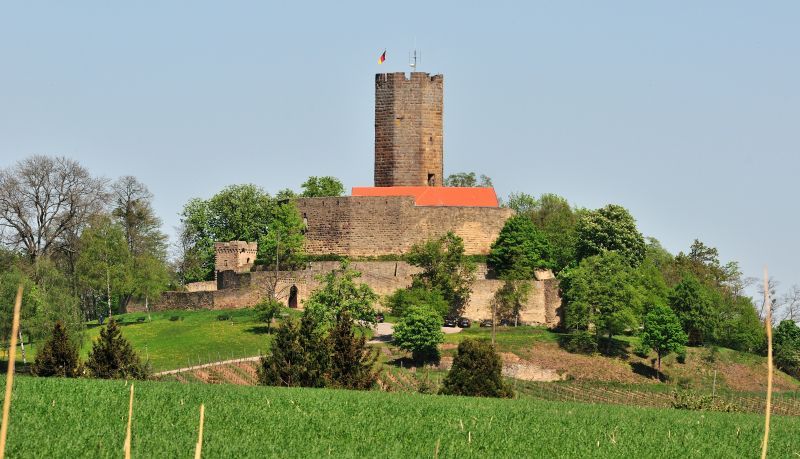 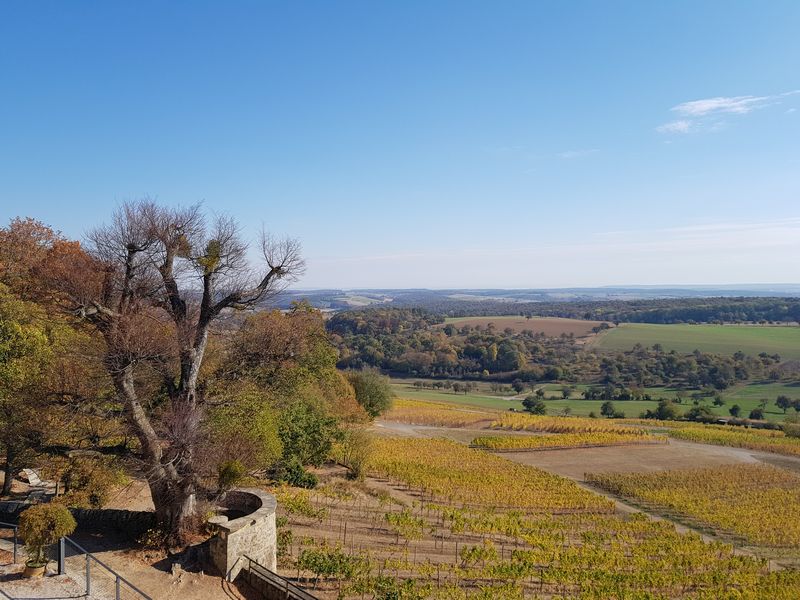 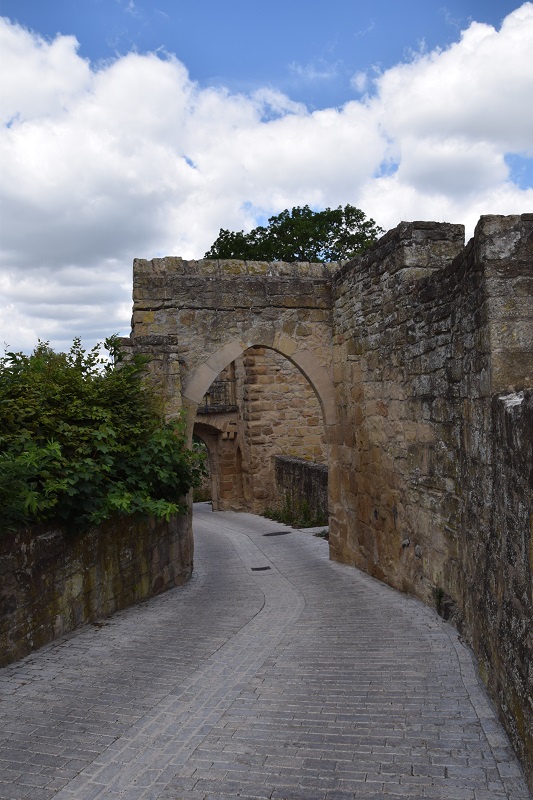 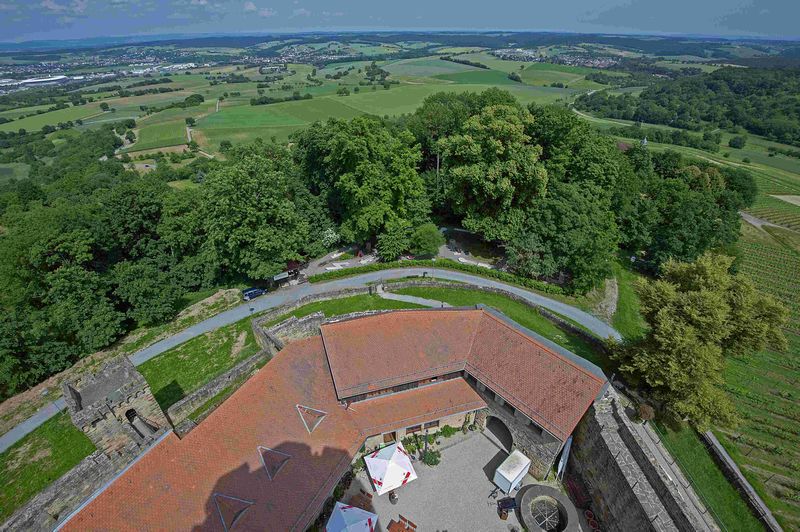 View of the castle from the keep. 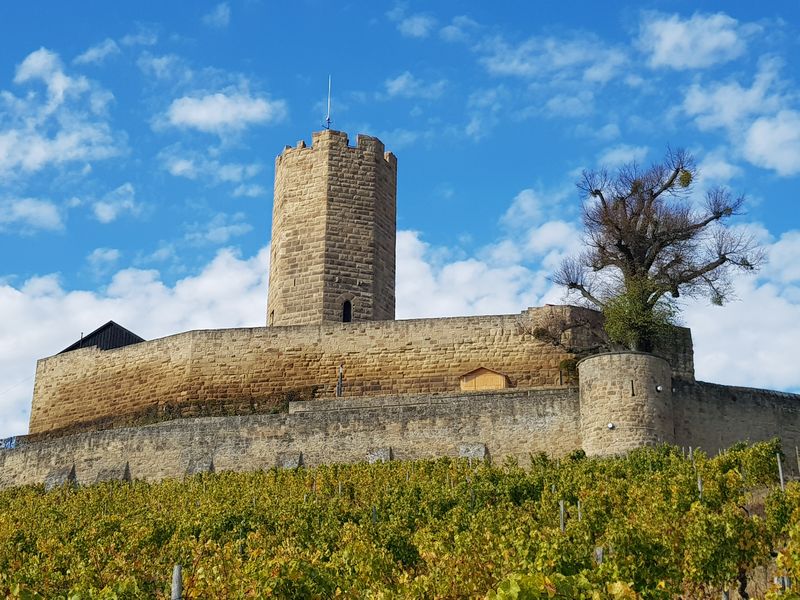 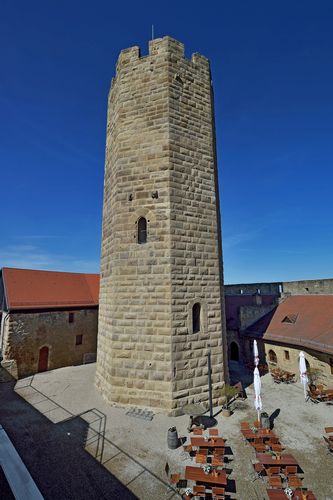 Steinsberg Castle, situated at 330 meter height, is a popular destination. The "compass of the Kraichgau" offers an incredible view over the Kraichgau up to the Forest of Odes. The castle complex is accessible for free at any time, the keep can be climbed. The castle tavern serves culinary delicacies.

Interesting guided tours inform the visitor not only about the building history, but also about the secrets of the former inhabitants.

The castle was first mentioned in 1109 in connection with the noble Eberhardus from the family of Werinharde. During the High Middle Ages the minnesinger Spervogel stayed in the castle and sung his songs.

In approx. 1185 the castle came into the possession of the Counts of Oettingen, who built today's original castle in 1220. The keep, which is 30 meters high, was errected from 1245 to 1260 and is unique with its octagonal floorplan. Different noble families lived on the castle: From the 13th to the 15th century it was the seat of the Palatine administratin in the northern Kraichgau. In 1517 the lords of Venningen received the property.

During the Peasant War in 1525 Steinsberg Castle was completely destroyed and rebuilt. After the lightning strike in 1777 the castle was finally abandoned. In 1779 the castle was partly demolished and now served as a quarry.

In 1973 the town of Sinsheim finally acquired the castle and carried out several restoration measures. Only recently the castle tavern and the palace were renovated extensively, the ring wall made accessible and the keep renovated.