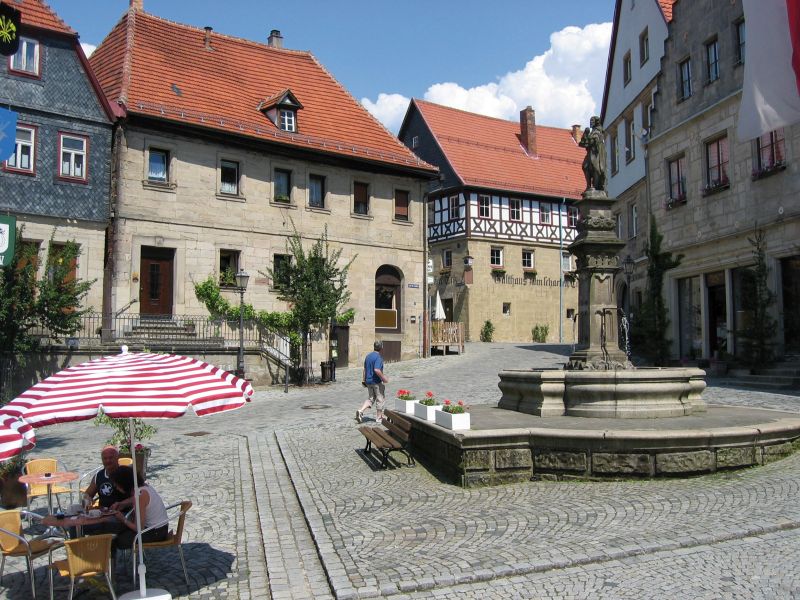 Kronach, the gateway to the Franconian forest, has retained its charm over the centuries. The citizens of Kronach entered Franconian history as the best-defended of peoples, no attack has managed to take the town, which is first mentioned in 1003. Even today late medieval sandstone houses with their timbered storeys are packed together, narrow labyrinthine backstreets lead to hidden oases and defiant watch towers loom above. Kronach was laid out in three stages. The base forms the lower town, encircled by three rivers, the Hasslach, the Kronach and the Rodach. Over this lies the upper town with the actual town centre, which is surrounded by an almost completely intact town wall.
The crowning glory is Kronach's landmark Rosenberg fortress, one of the largest fortifications in Germany. "The men of Kronach are like the devil and their women are nine times worse", was how a Swedish colonel described the inhabitants during the Thirty Years’ War (1618-1648). Today though, they are warm and hospitable, which can be experienced at first hand during the many historical festivals.

The home town of Lucas Cranach the Elder (1472-1553), who after Dürer (1471-1528) was the most important painter of the German Renaissance, felt obliged not just to follow historical custom but also artistic legacy. The artistic and cultural offerings range from concerts and a summer academy to the Faust festival, which takes place every year at the Rosenberg fortress. In the open air theatre the public can experience not just the world of Dr. Faust but other literary classics are played out in a down-to-earth and refreshing way. 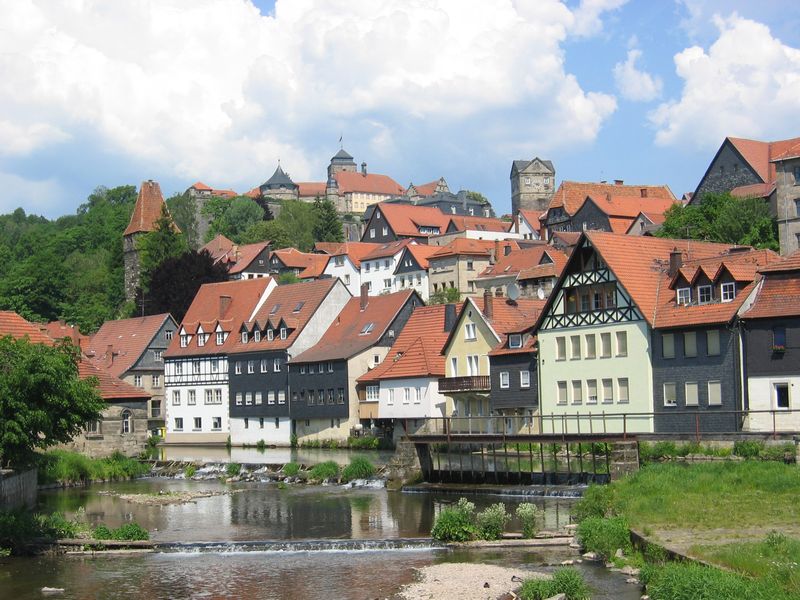 Kronach - View to the City with River. 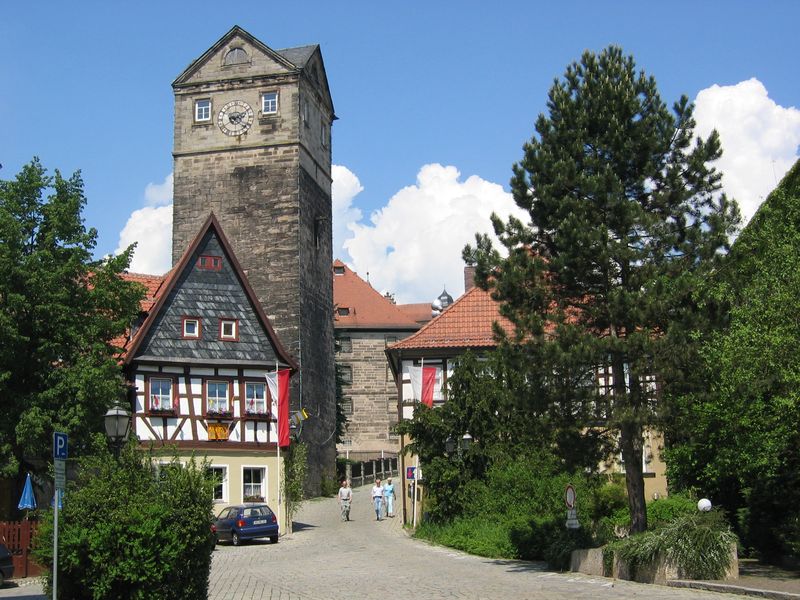 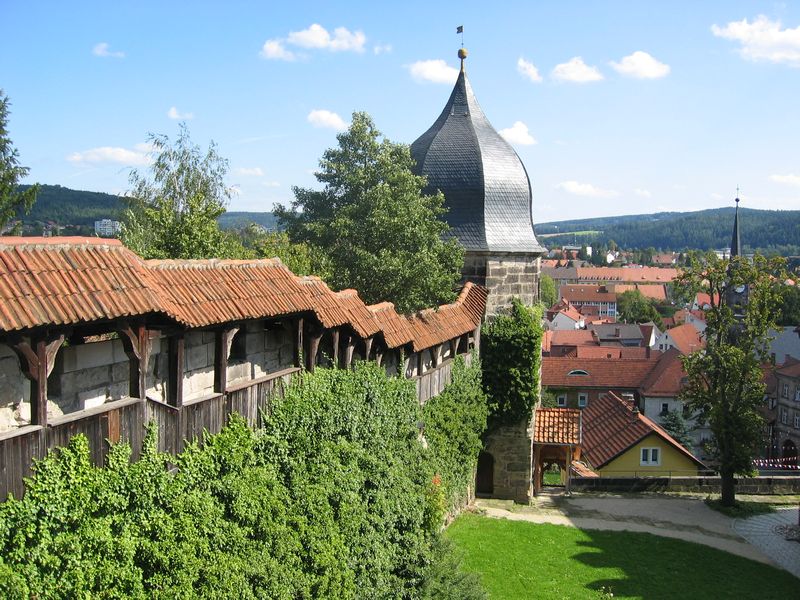 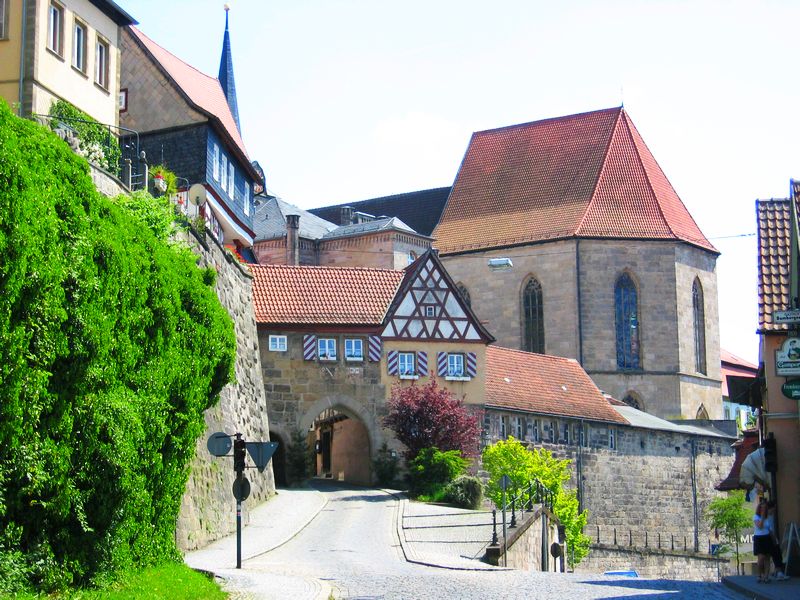 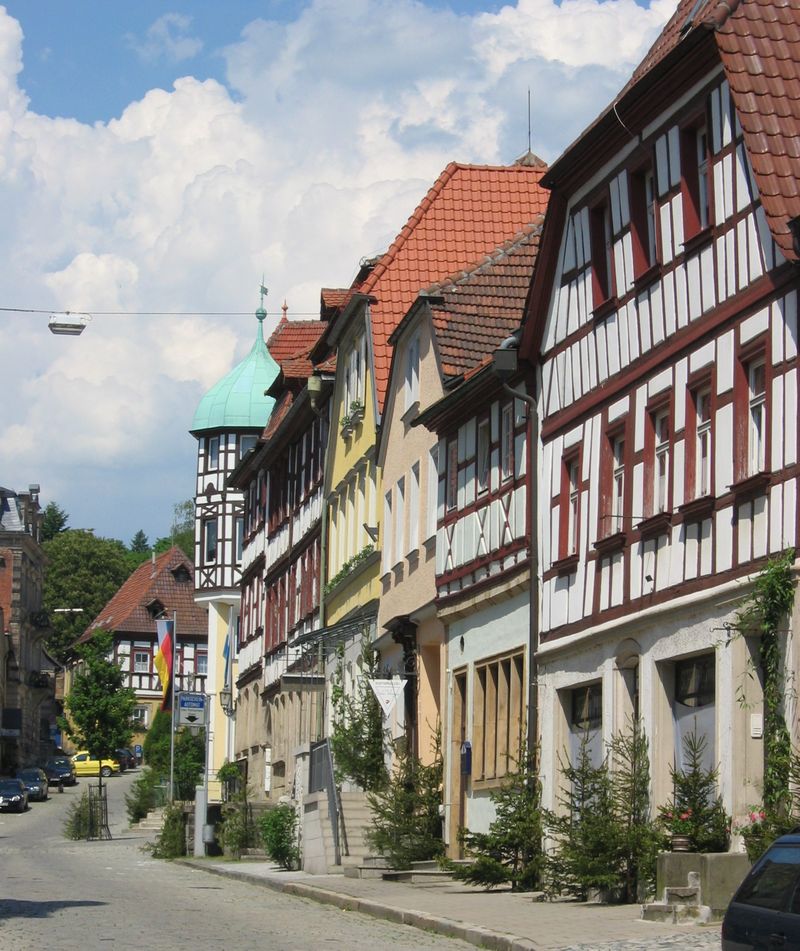 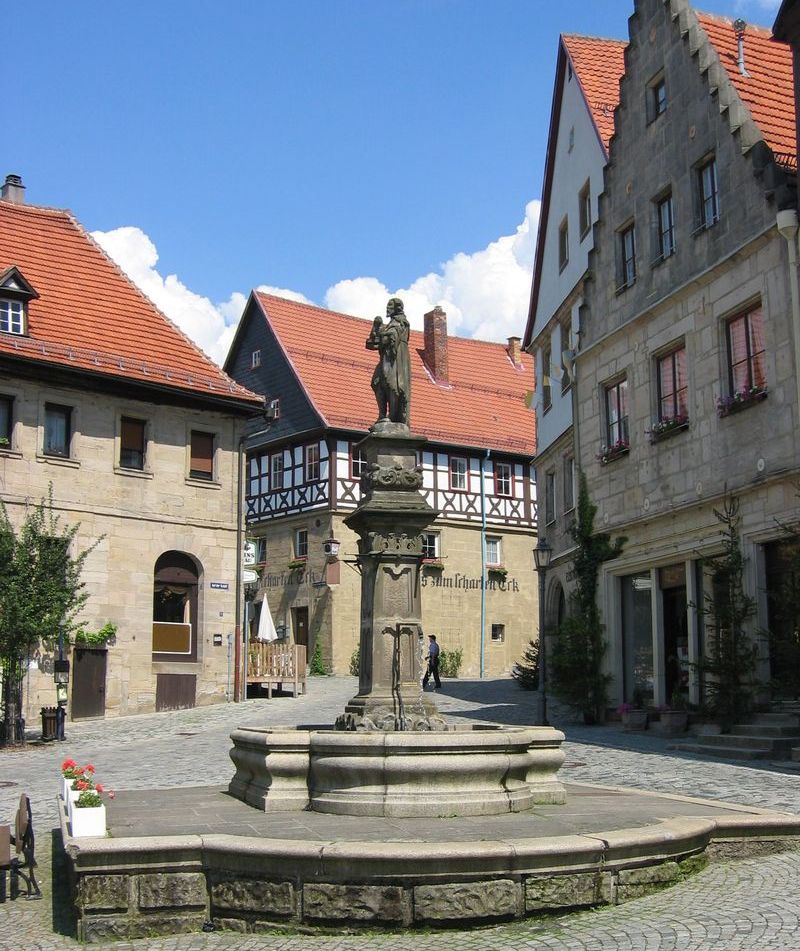