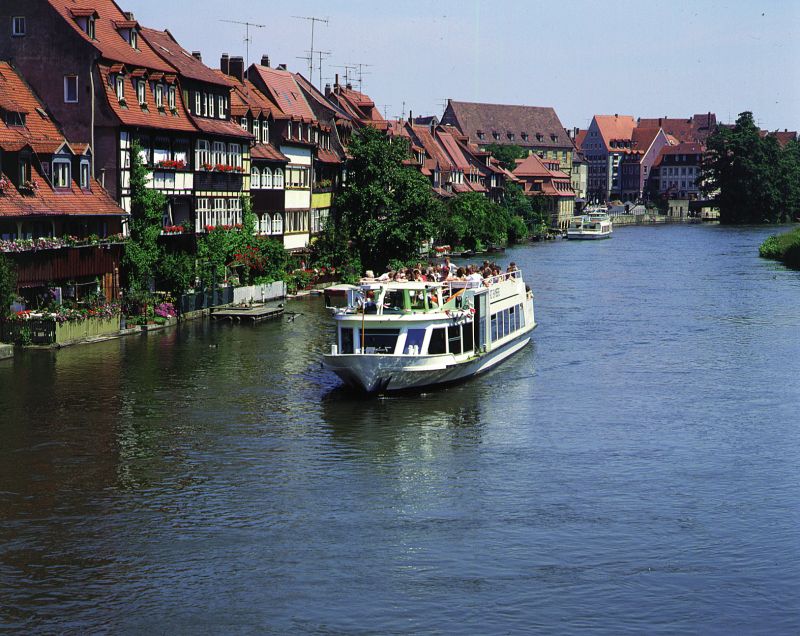 The history of Bamberg reaches back to 902, but really first begins in 1007, as Holy Roman Emperor Henry II (973-1024) made Bamberg his Bishopric and for a short while even the German capital of the Holy Roman Empire. Befitting its status, Bamberg was decorated with trusts, donations and clerical buildings of grandiose scale, above all the imperial cathedral. The mortal remains of Henry II and his queen, St. Cunigunde (Kunigunde) (975-1040), reside here, and here we also find the only papal grave north of the Alps. The cathedral square rightly belongs to the finest squares in Europe, and framed by its four towers, the imperial cathedral strives heavenwards with a Romano-Gothic facade, with the old court to its right and the impressive angular construction of the new residence opposite. The town hall in the middle of the river, the tanners’ houses on the old canal, the milling quarter, the fishing settlement Little Venice, even the extensive gardens and cultivated land in the compact town, remain to this day expressions of middle class aspirations since the 14th century. With the Baroque remodelling during the Schönborn period, which was carried out by the most influential master-builders of the generation, Bamberg was given a facade, which has not changed significantly to the present day. The good fortune to remain virtually unscathed by battles, gifted Bamberg with what is today the largest complete old town in Germany, a UNESCO World Heritage site since 1993. Bamberg is now a vibrant university town, a beer town with eleven breweries as well as a town of art and culture, notable for the world famous Bamberg Symphony Orchestra, sculptures of international artists, a multifaceted cabaret scene, theatres and museums of world-class. 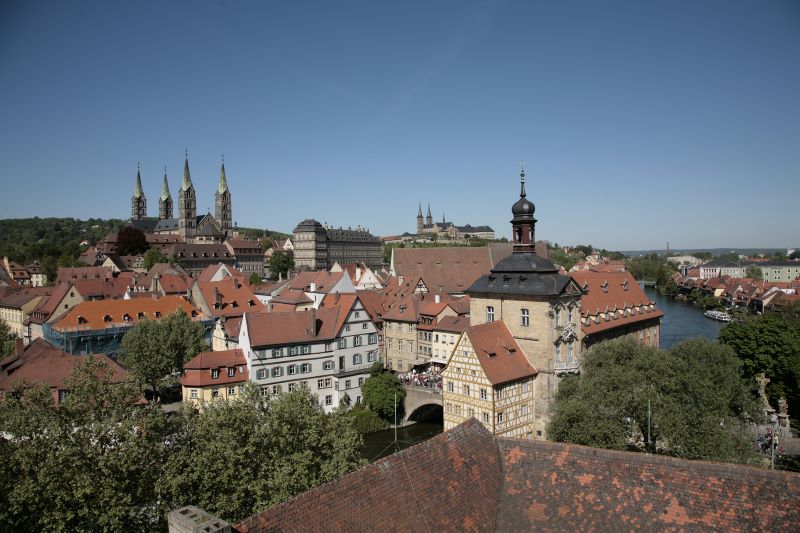 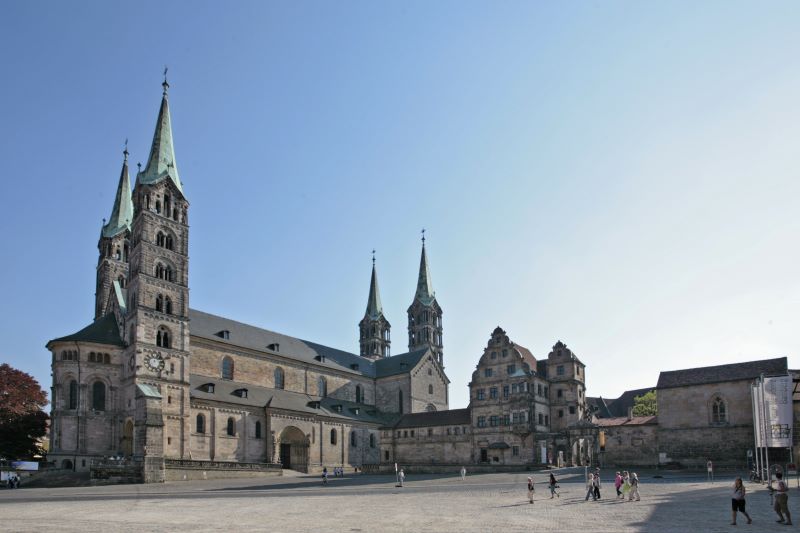 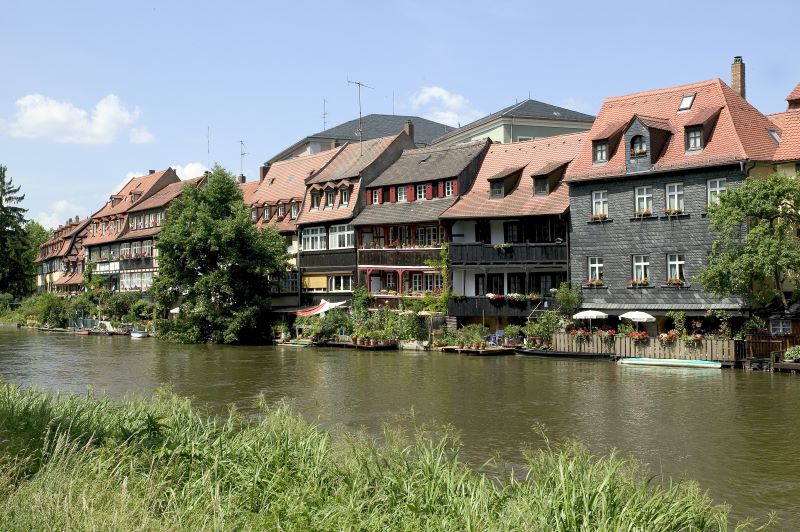 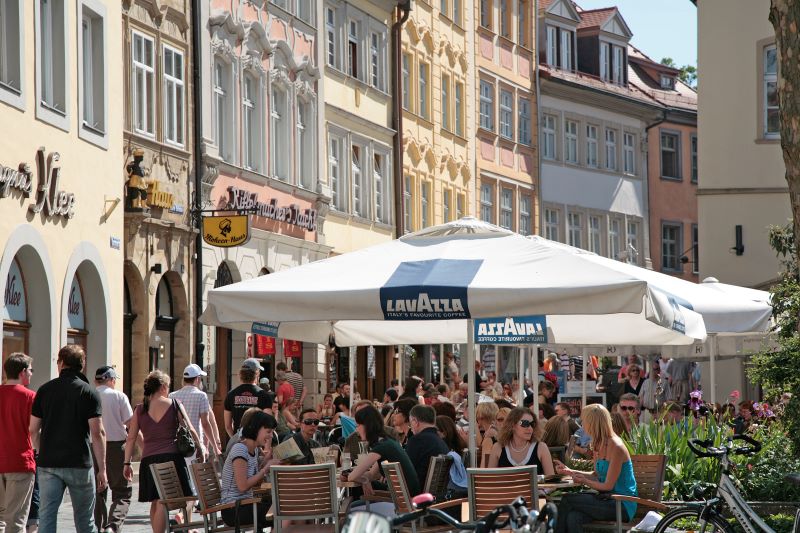 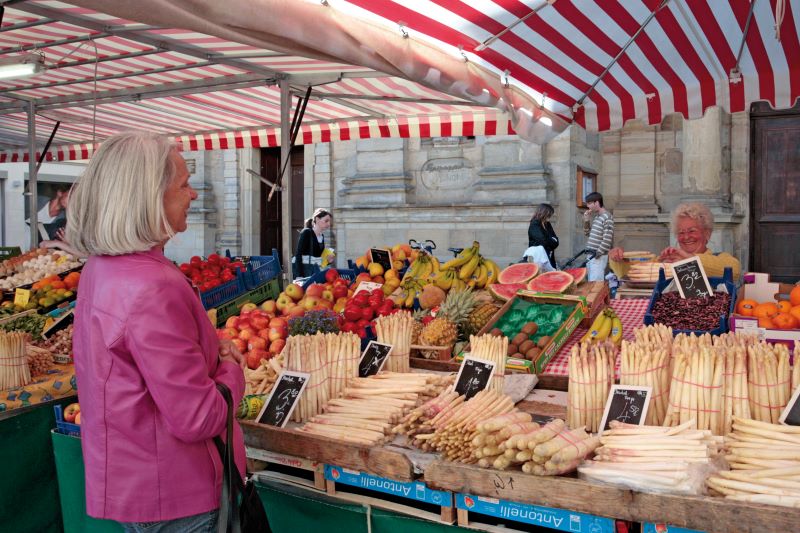 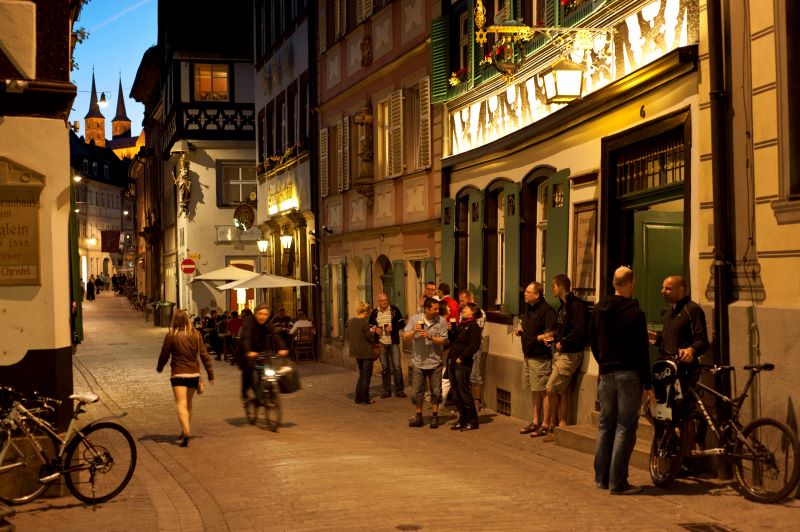