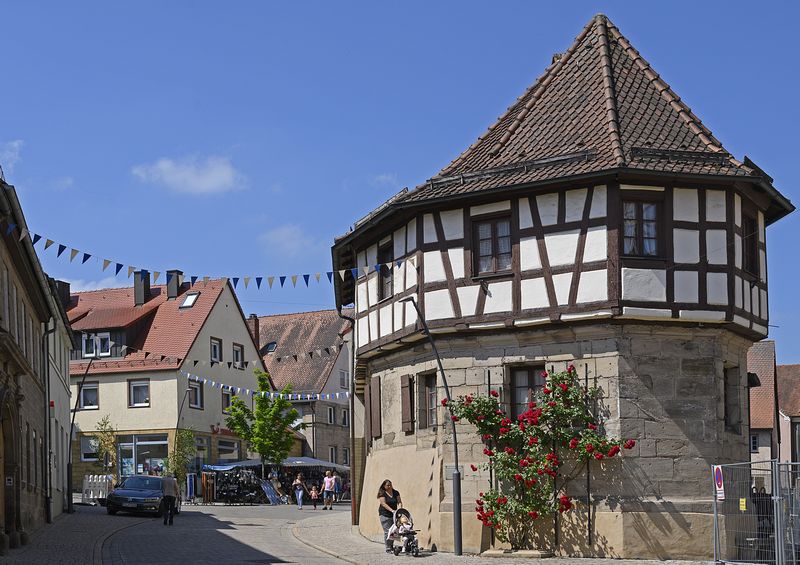 In the local history museum, the geology of the Zenne valley with dinosaur tracks, a cobbler's workshop, blank weapons and traditional costumes are on display.

Its foundation walls, which show traces of Romanesque architecture, are probably the oldest buildings in Langenzenn. The sandstone basement belonged to the former cemetery chapel, which was dedicated to the archangel Michael. In 1622 the cemetery was moved outside the town and a new chapel was consecrated. The former church was extended by a half-timbered storey and became a Latin school. The upper floor was used as a teacher's flat until 1815, later it became private property and was used as a residential building. In 1963 the house was sold to the town of Langenzenn with the proviso that a museum of local history would be established there.

As an extension, the Fronveste belongs to the museum of local history. In the building, which was erected in 1757, you can see the historical furnishings of the town pharmacy from 1557 as well as exhibits and pictures on the town's history.