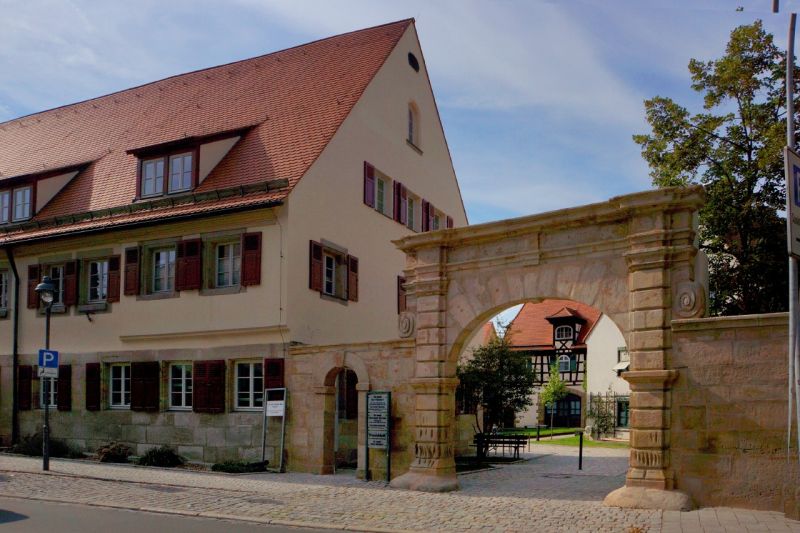 Langenzenn is known for its historic monastery complex in the heart of the village and for its lively cultural life that radiates into the surrounding area. For decades the Klosterhofspiele and the Hans-Sachs-Spielgruppe, which has firmly established itself as a popular theatre in the Kulturhof and is known far beyond the borders of the region, have stood for this.

Directly at the small river Zenn, only a few steps beyond the city wall, the Zennoasis extends, a leisure zone with public gardens, exercise course, direct access to the water and beer garden.

The roots of Langenzenns go back to the beginning of the 10th century. The first secure mention dates back to 954, when the German king and later Emperor Otto I held a great imperial diet here on 16 June - a sign that Langenzenn had considerable economic power at that time.

The image of Langenzenn is characterised by the ensemble of monastery, town church and local history museum. Today's town church was donated by Burgrave Friedrich V. and completed in 1369. In the former sacrament house of the church you can see the Annunciation relief created in 1513 by the famous Nuremberg sculptor Veit Stoß. The building of the local history museum is a cultural-historical treasure, the origin of its construction is assumed to be around 1250. The Fronveste from 1737, which is used as an extension of the Heimatmuseum, used to be the city prison for minor offences. The room in which today the old town pharmacy from 1557 can be seen was the goat shed of the "town policeman" of Langenzenn. Another impressive ensemble of buildings in the town centre is the Old Hospital, which was donated in 1382 and today houses the town administration. 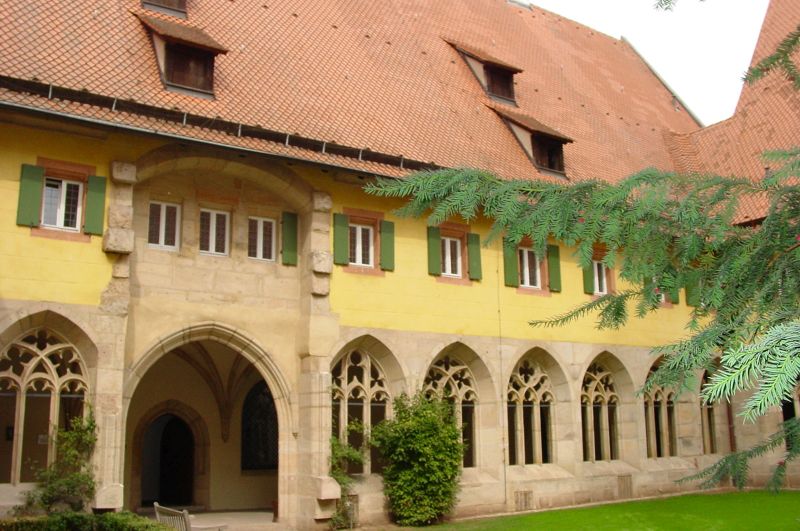 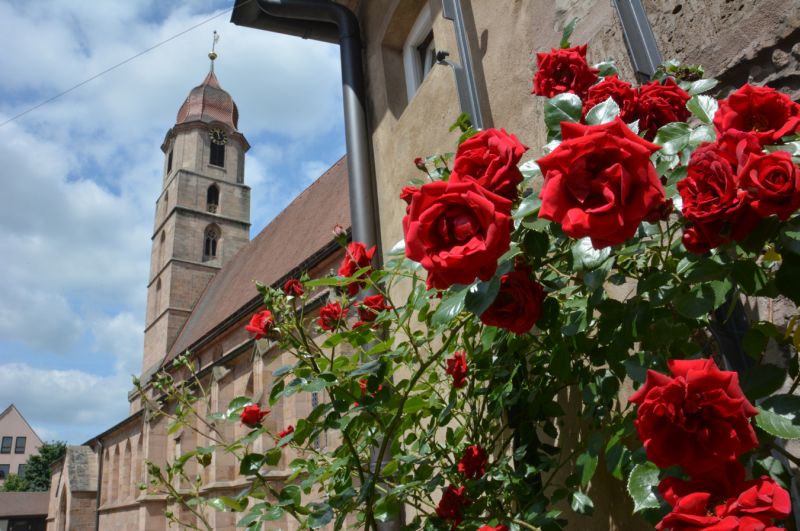 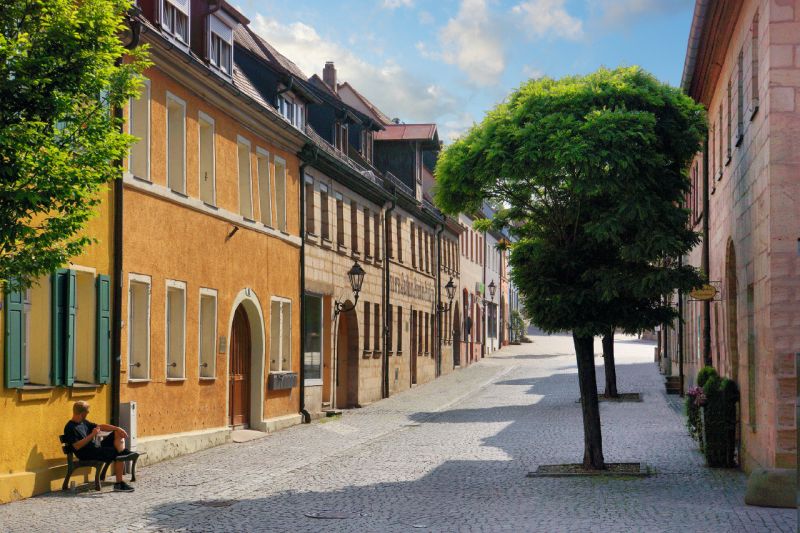 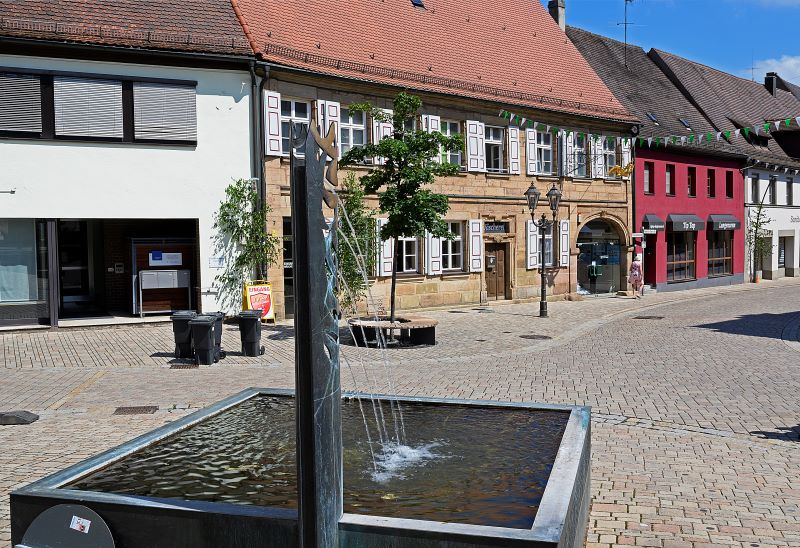 Langenzenn - Fountain in the old Town. 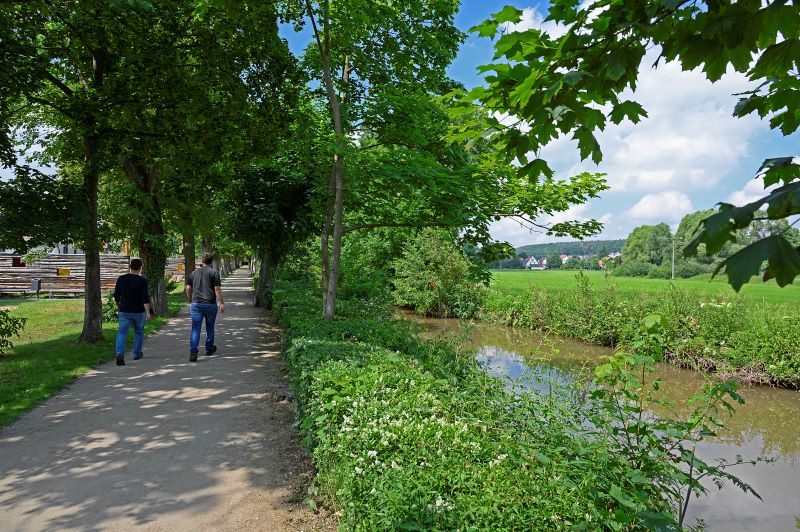 Langenzenn - path along the Zenn River. 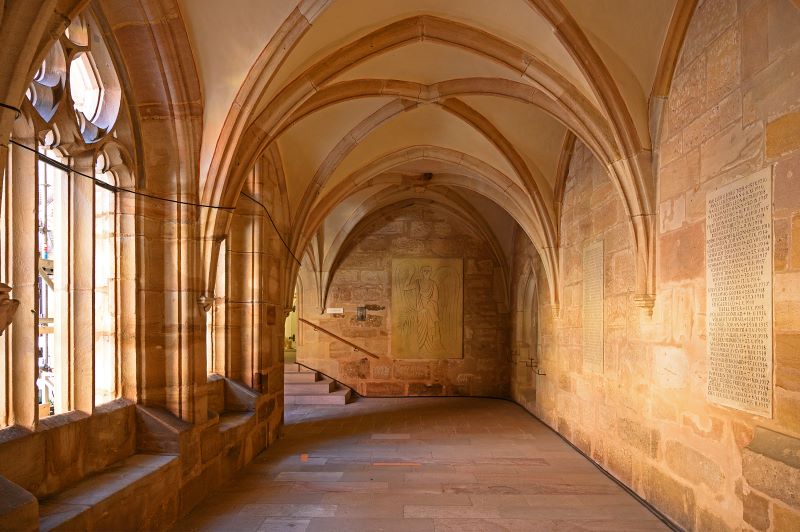