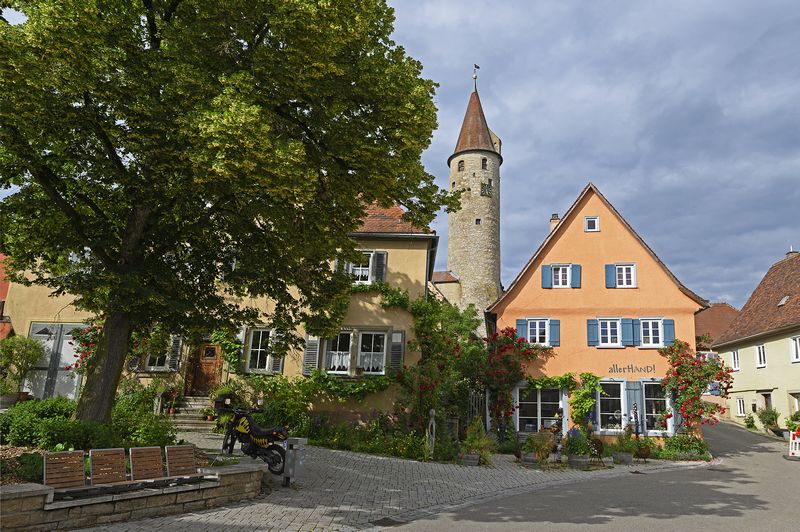 The former Hohenlohe residence town of Kirchberg lies picturesquely above the Jagst valley. The upper town, the "Städtle", is dominated by the town tower, which towers above the scenery like an oversized pencil, the town church and the largest castle complex in Hohenlohe. Special attractions every year are the town fair with the medieval market at the end of February, the book market in June, the Castle Garden Festival in July and the Christmas market on the second weekend in Advent. The cultural offerings also include the art exhibitions in the Orangery, the Sandel Museum and the Palace Concerts. The district of Gaggstatt is home to the most important art nouveau church in southern Germany.

Its location on the Salt Road, which ran from west to east on the ridge between Kocher and Jagst from Hall to Rothenburg ob der Tauber, made the town strategically important, because here - halfway between the two imperial cities - a ford made it possible to cross the Jagst. To secure this important long-distance connection, the castles of Sulz were built around 1103 and Hornberg in 1216, opposite Kirchberg Castle around 1240. The first documented mention is in 1265, the Hohenlohe family inherits the castle in 1313, and in 1373 Count Krafft IV of Hohenlohe receives permission from Emperor Karl IV to build a fully privileged town in front of his castle.

After the town was sold to the imperial cities of Hall, Rothenburg and Dinkelsbühl in 1398, it was extended as a fortress and trading post and received its present appearance with a town wall, town gate and town tower. In 1562 the Hohenlohe family bought back Kirchberg and built a Renaissance castle on the site of the castle from 1590 onwards. From 1690 to 1861 Kirchberg was the residential town, officials and official buildings were erected, and the court garden with orangery was laid out. In 1806 it fell to Bavaria, in 1810 to Württemberg.

From the turn of the century until the 1950s, Kirchberg was a popular summer resort, appreciated by painters who captured the idyll in pictures. The historic town centre is now a listed building as a whole. 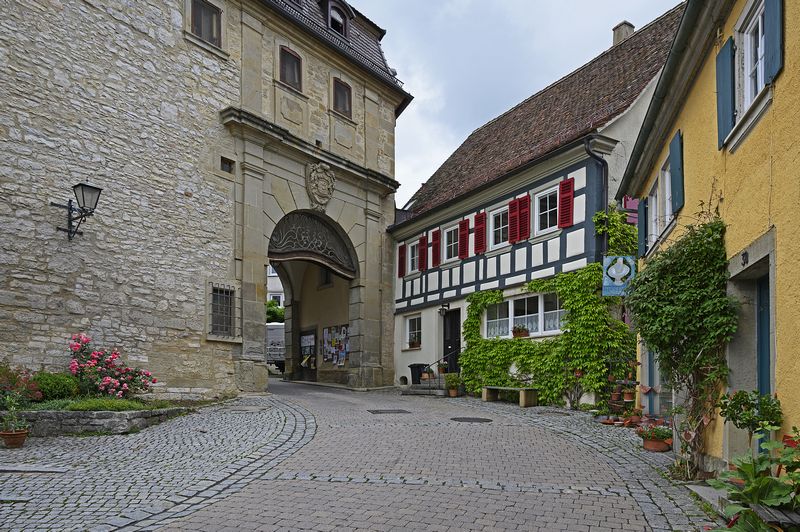 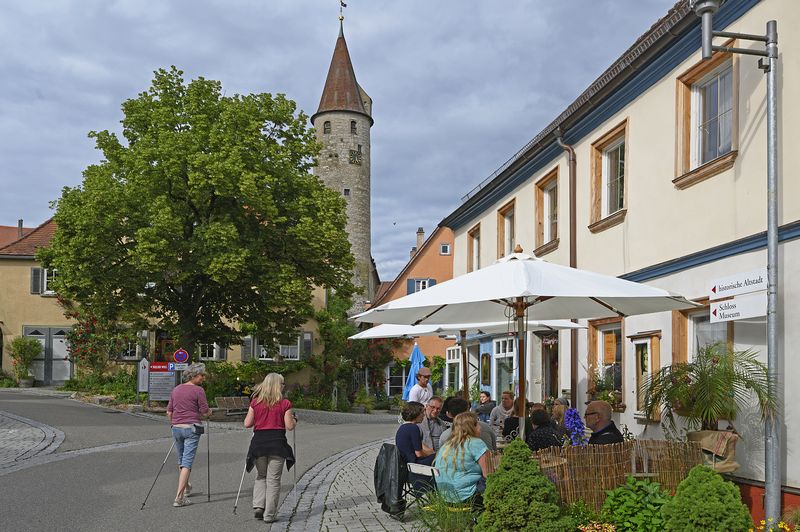 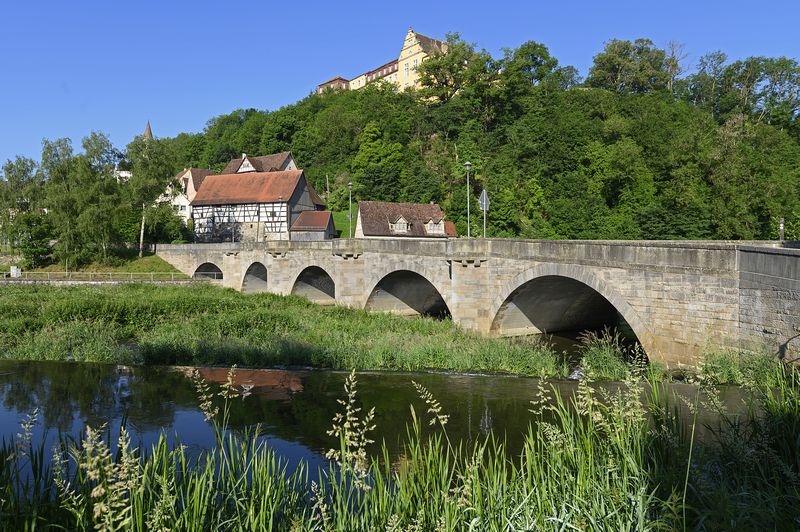 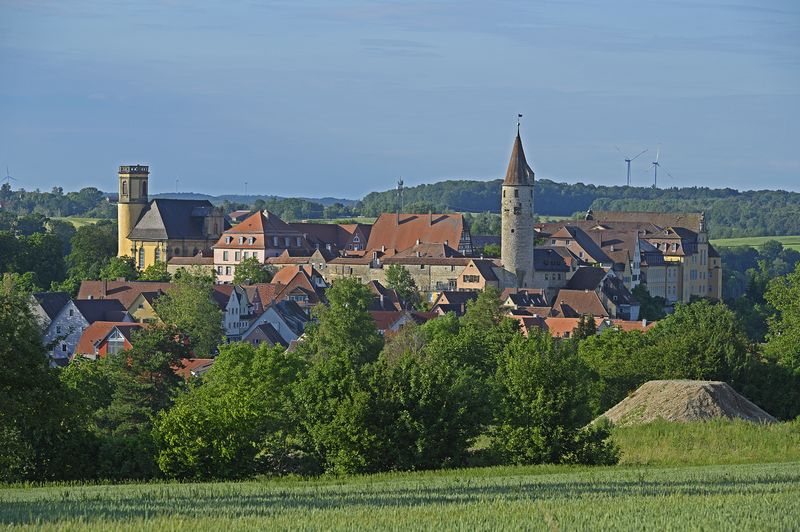 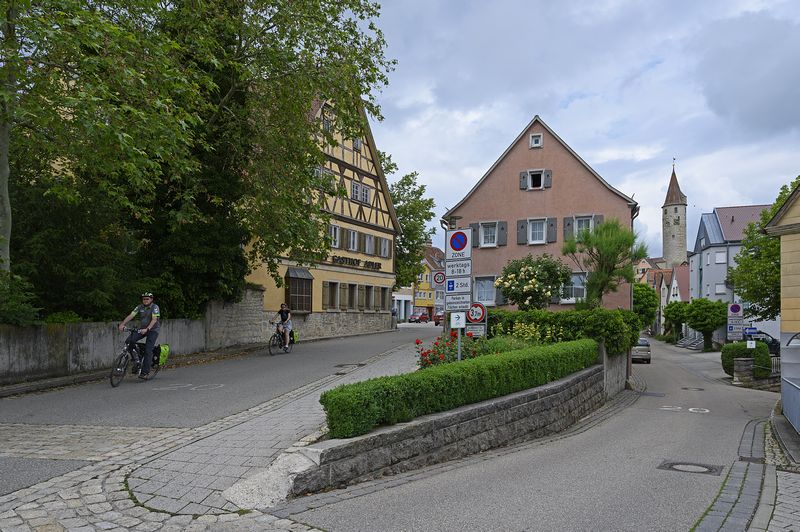 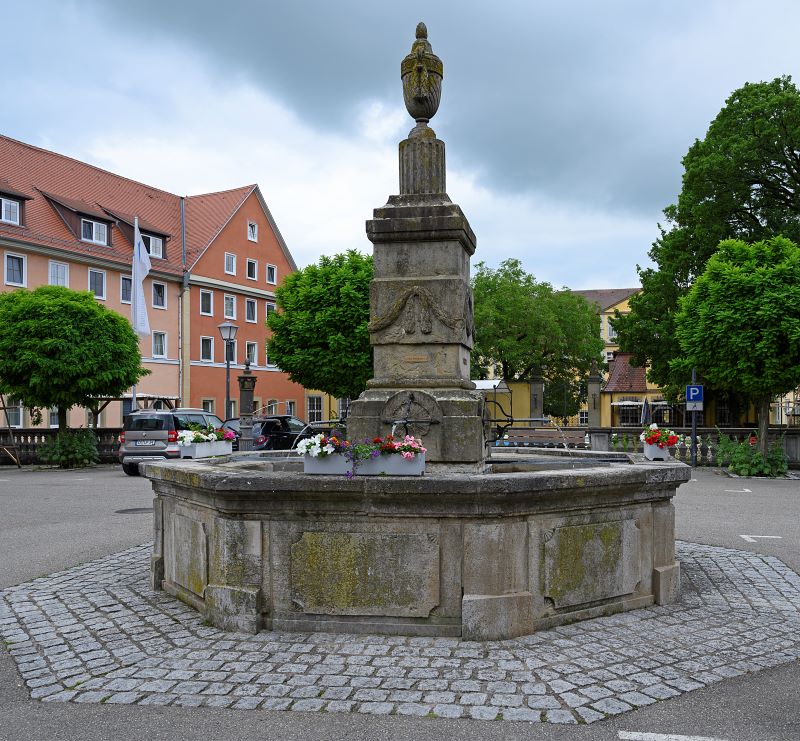