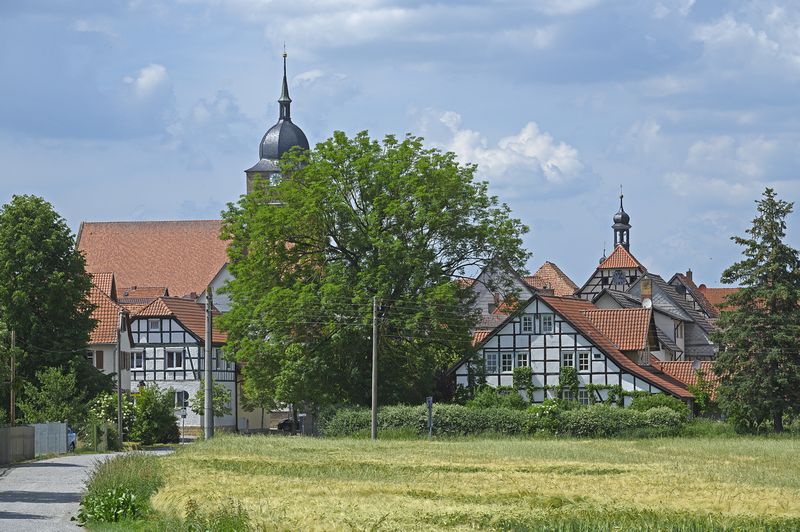 Heldburg - View to the Town.

The small town of Heldburg is located about 20 kilometres from Coburg in the very south of Thuringia. However, the region has always had a Franconian influence and so the Franconian dialect is also spoken here. The Veste Heldburg, known as the "Franconian lamp", is a landmark of the town and visible from afar.

The appearance of the listed old town is characterised by half-timbered houses in the Franconian style. Large parts of the 15th-century town wall have been preserved to this day, including five towers and the Lower Gate. The late Gothic town church, the vicarage and the town hall form the centre of the town centre.

One of the fourteen districts is Bad Colberg, a state-recognised spa town since 2002. Three thermal and thermal brine springs in the terraced spa offer relaxation, recreation and natural healing powers.

First mentioned in 837, Heldburg passed from the County of Henneberg to the Burgrave of Nuremberg in 1353, who was married to a Henneberg heiress. In 1374 it passed to his son-in-law, Landgrave Balthasar of Thuringia from the Wettin family. During his reign, important steps were taken on Heldburg's way to becoming a town. In 1394, the town was granted town and market rights. Street names such as Rossmarkt, Seilermarkt, Schuhmarkt and Schweinsmarkt are still reminders of the lively market activity.

The members of the House of Wettin remained the sovereigns until 1918, after which Heldburg belonged to the state of Thuringia, which was founded in 1920. At the time of the GDR, Heldburg and neighbouring Ummerstadt were its southernmost towns. Heldburg was surrounded on three sides by the territory of the Federal Republic of Germany and thus lay entirely in the exclusion zone created in 1952 on the inner-German border. Since 1990, the town has belonged to the Free State of Thuringia. 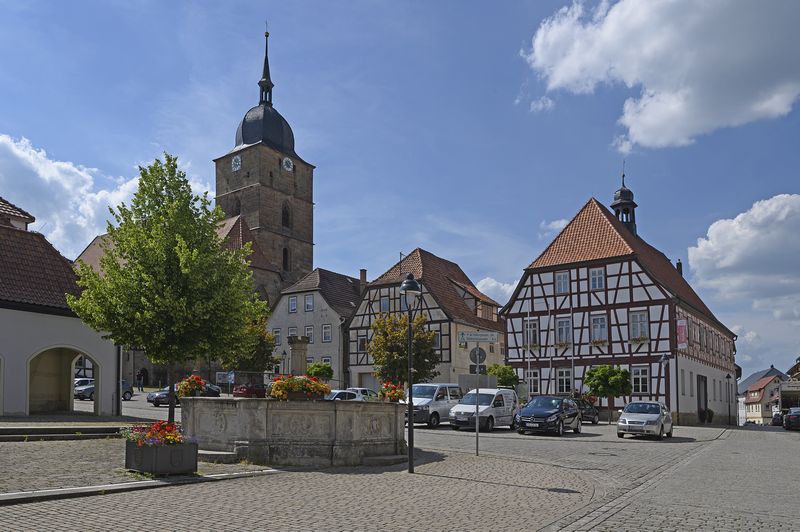 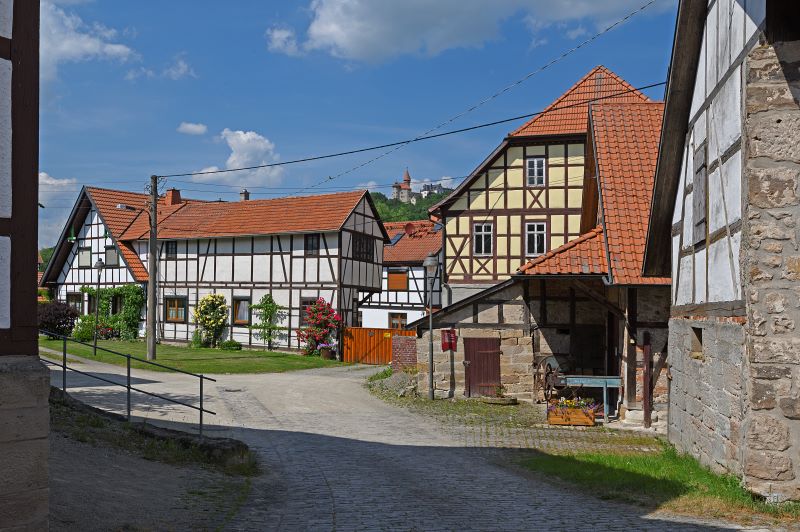 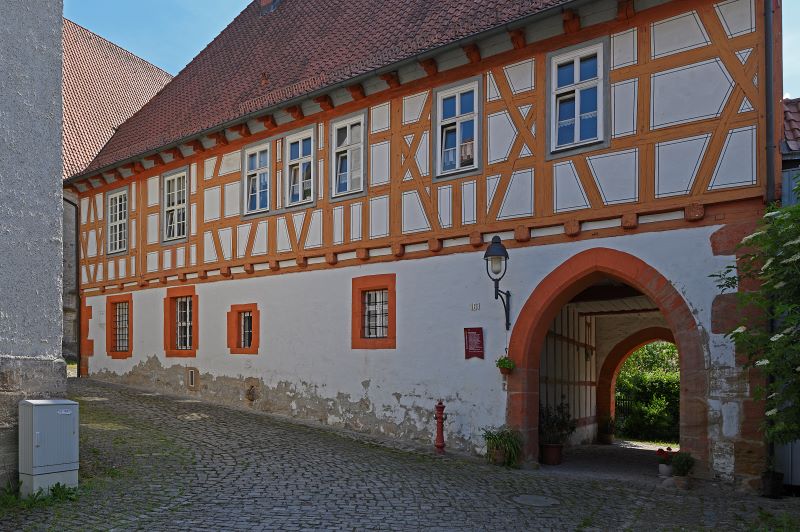 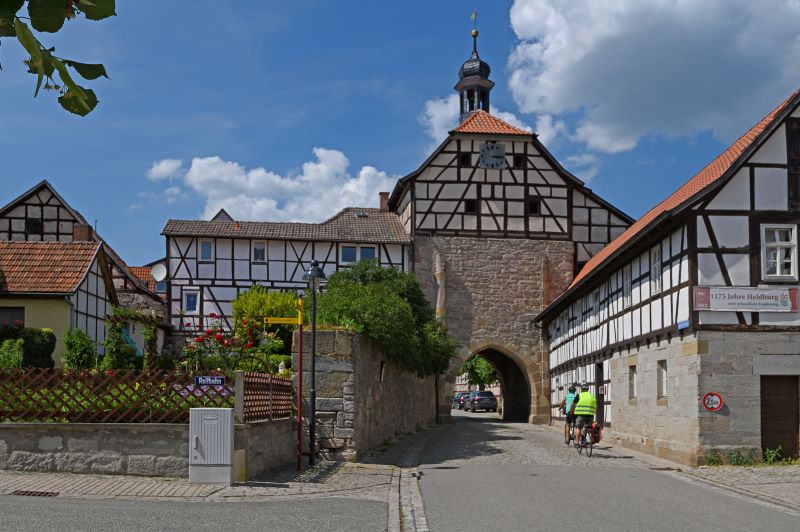 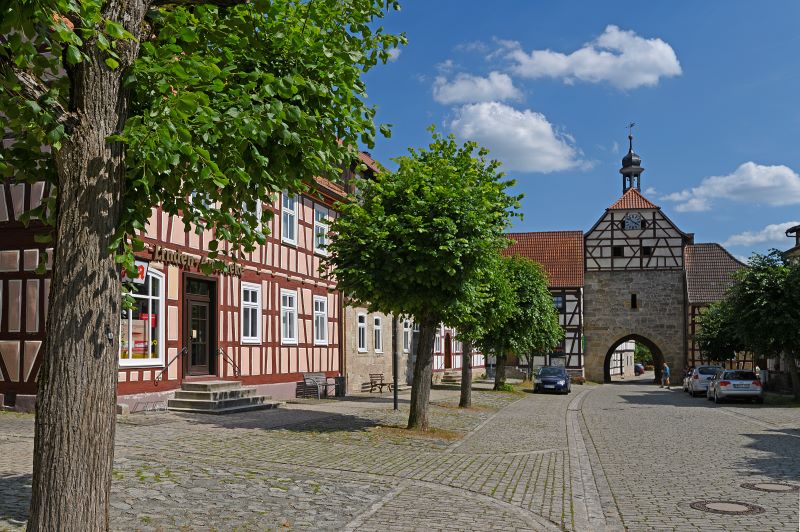 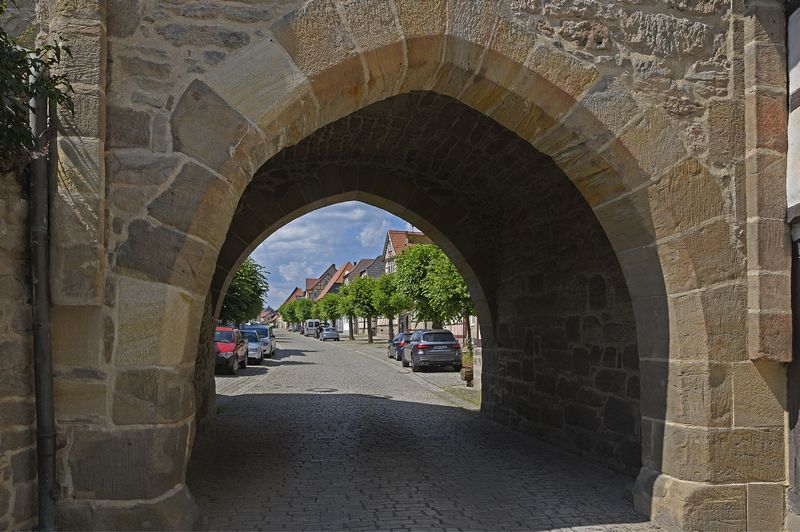