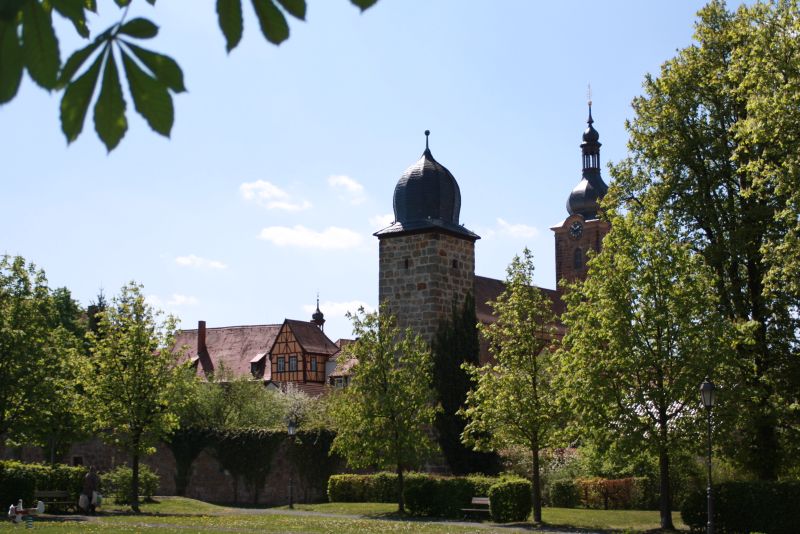 The silhouette of Ebern is characterised by six massive towers, which are reminiscent of the former "Eberner Kegelspiel". This ensemble consisted of the tower of the town parish church of St. Laurentius as the "king" and eight towers of the town fortifications. Three of the towers were inserted in the 19th century, but the others, together with the old town wall, give an impression of the town's defences. Today, on the site of the town moat, a pretty ring of grounds invites visitors for a stroll.

As early as 1216, Ebern belonged to the diocese of Würzburg, and in 1230 the settlement was mentioned in a document as "Civitas". Emperor Ludwig the Bavarian granted Ebern, which lay on an important trade route from Bamberg to Saxony and from Nuremberg to Erfurt, town charter in 1335. During the Thirty Years' War, the town was crossed by numerous armies because of the old transport connections to the south. Quartering and the resulting introduction of epidemics, including the plague, brought great hardship and a drastic decline in the population.

The Peace of Westphalia was followed by the reconstruction of the plundered and devastated country. The loss of population was partly compensated by the settlement of refugees from Bohemia and Silesia. A phase of upswing began, which lasted for about two centuries. After the secularisation of the diocese of Würzburg in 1802/03, Ebern initially fell to the newly established Grand Duchy of Würzburg, and after its dissolution in 1814 to the Kingdom of Bavaria.

Today, during his guided tour, the town turmer can show guests the historical peculiarities of the little town: the 400-year-old inns, the detention cell called "the goose", the memorial plaque to those executed in the Peasants' Revolt, the church that survived all the fires, or the time capsule for 2030. 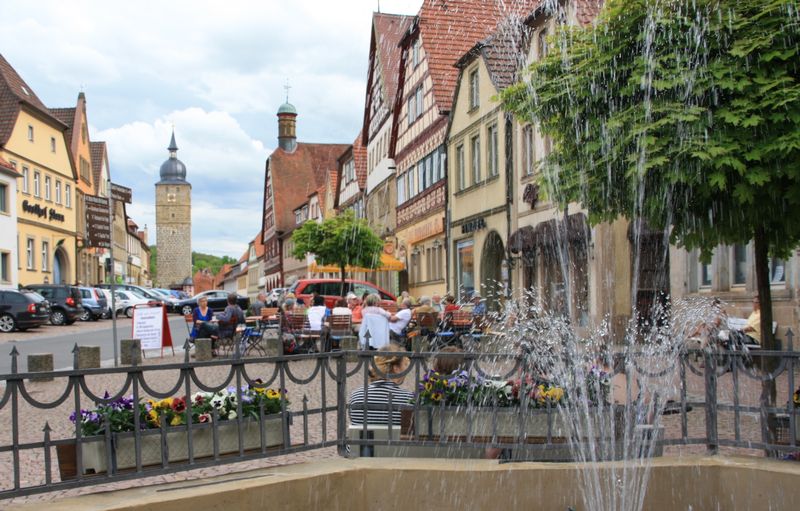 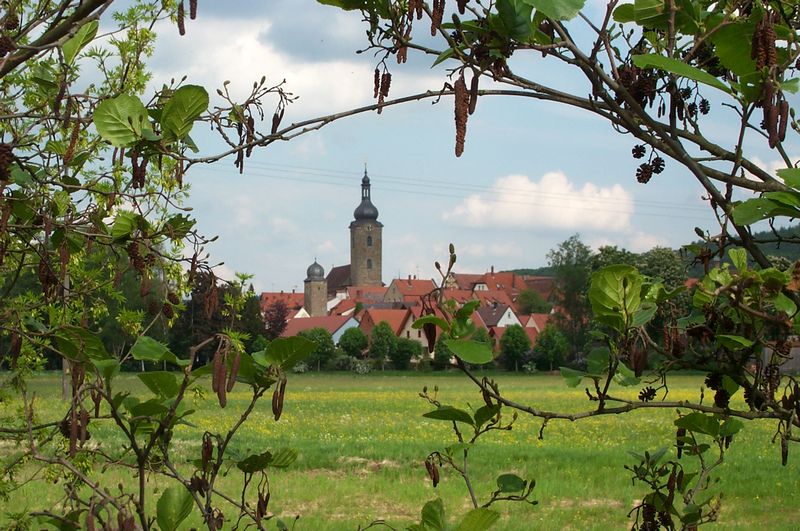 Ebern – View to the Village. 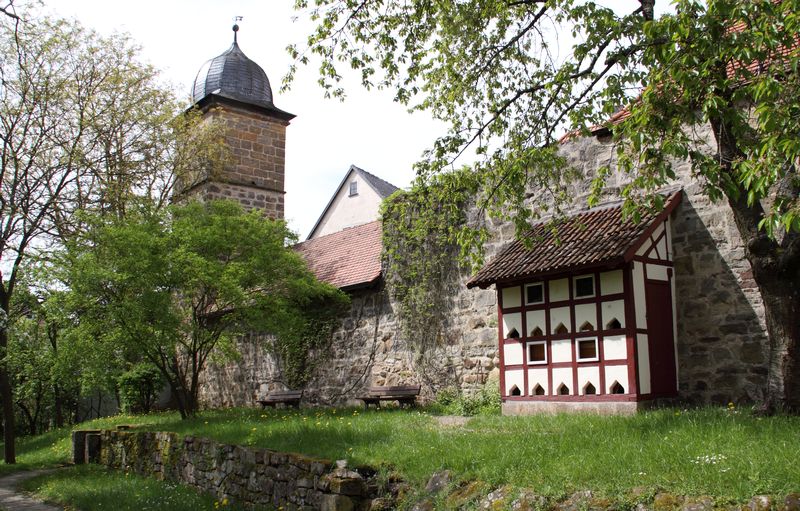 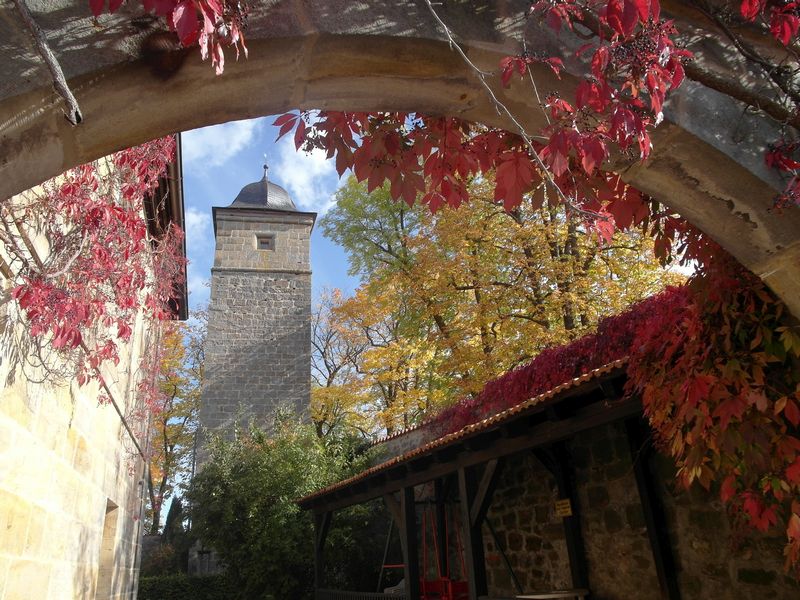 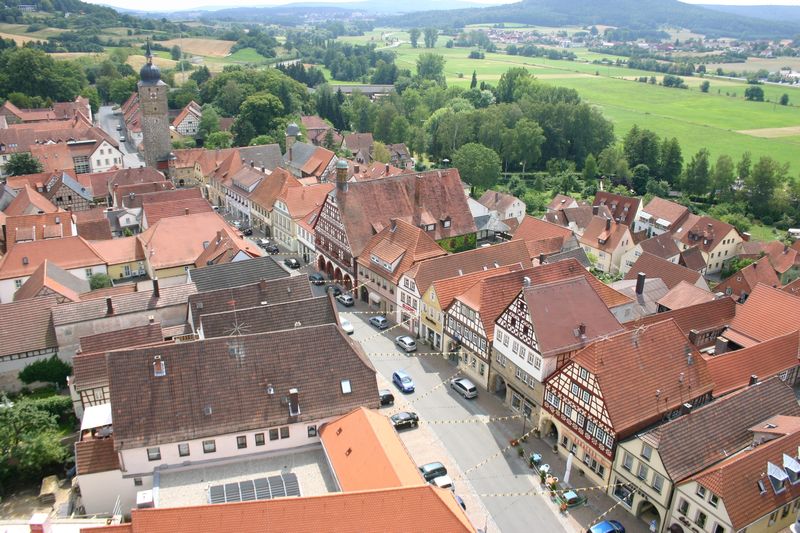 Ebern from the bird's eye view. 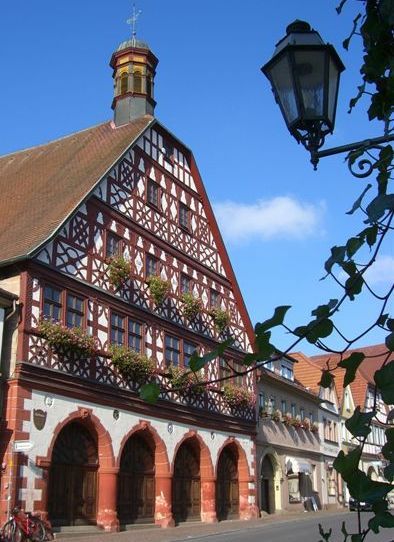