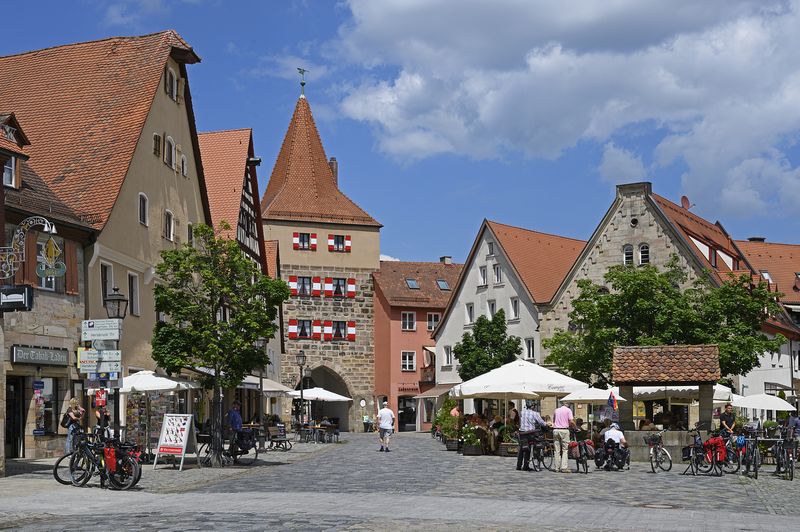 Thanks to its convenient location, Lauf an der Pegnitz has developed into the most important and largest town in the Nuremberg Land district in nine centuries of history. Particularly worth seeing is the old town with the Imperial Castle on the Pegnitz Island, a building of European rank, the Hersbrucker and the Nuremberg Gate, the old town hall, the Glockengießerspital, the rock cellars and the historic market place. It forms the charming setting for a colourful and attractive range of shops. The Lauf hospitality can be enjoyed in the numerous cafés, restaurants, pubs and traditional Franconian inns.

The history of the town has always been marked by economic upswings, first in 1268 under the Wittelsbachers. This was followed by the medieval heyday under Emperor Charles IV, who expanded Lauf into an important base on the Golden Road between Prague and Nuremberg, granted it city rights and established an important mint here.

A turning point came in 1504, when Lauf fell to the imperial city of Nuremberg for more than three centuries and the castle became the seat of an imperial custodian. Under Nuremberg's sovereignty the Reformation was also introduced in 1525. During the Second Margrave War in 1553 the city suffered severe destruction. But even after its decline in the Thirty Years' War, the town experienced a renewed upswing, especially due to the large number of mills and hammer mills in the town area, so that Lauf gained economic importance even in pre-industrial times.

In 1806 Lauf became Bavarian and the seat of various offices and courts. Around 1870 industrialisation began. During the last world war it was largely spared, but still offers the charming image of a Bavarian street market. 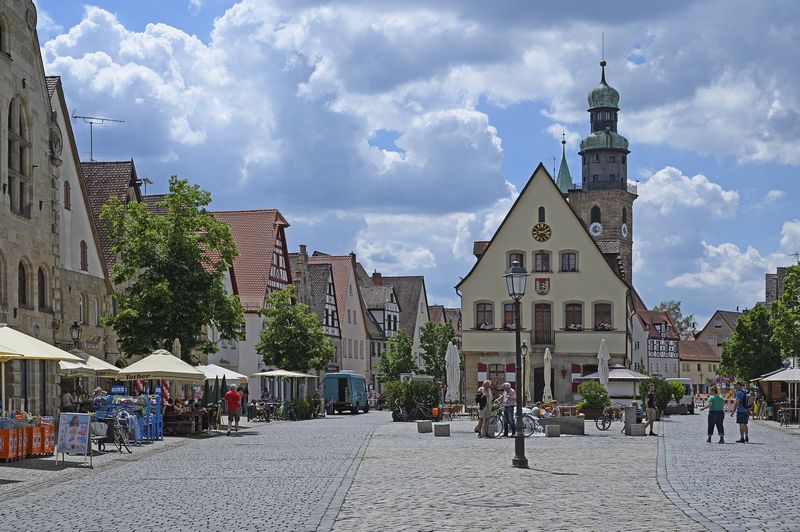 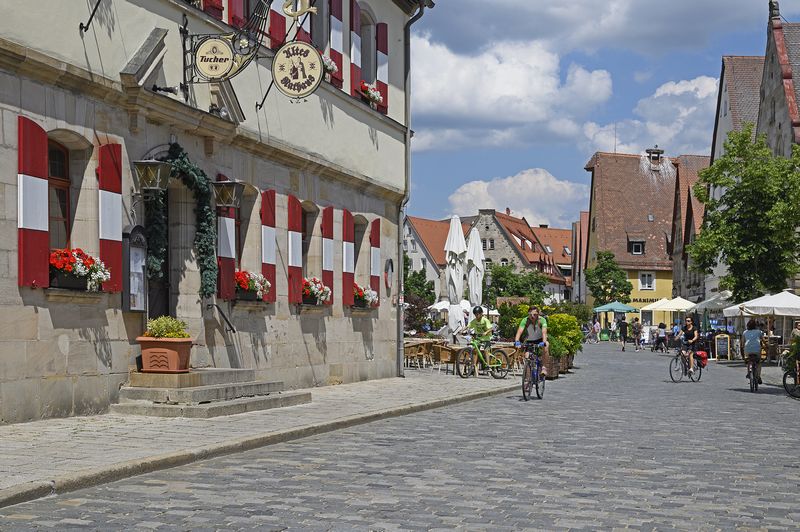 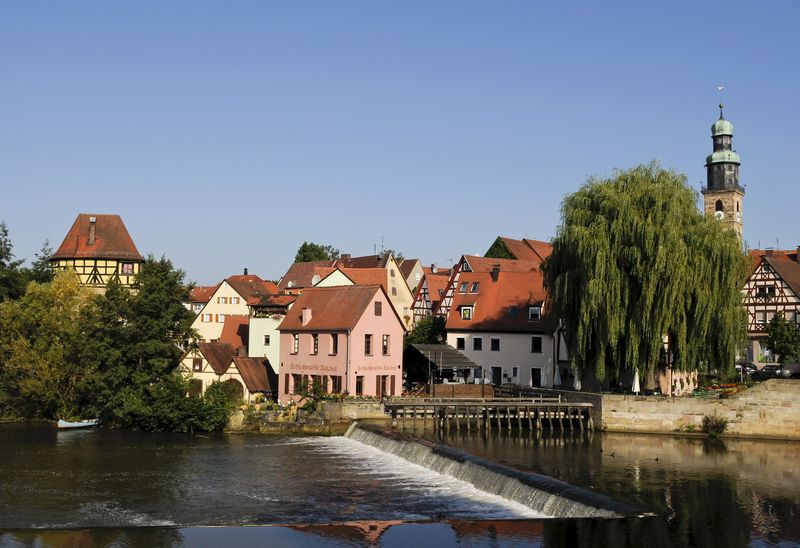 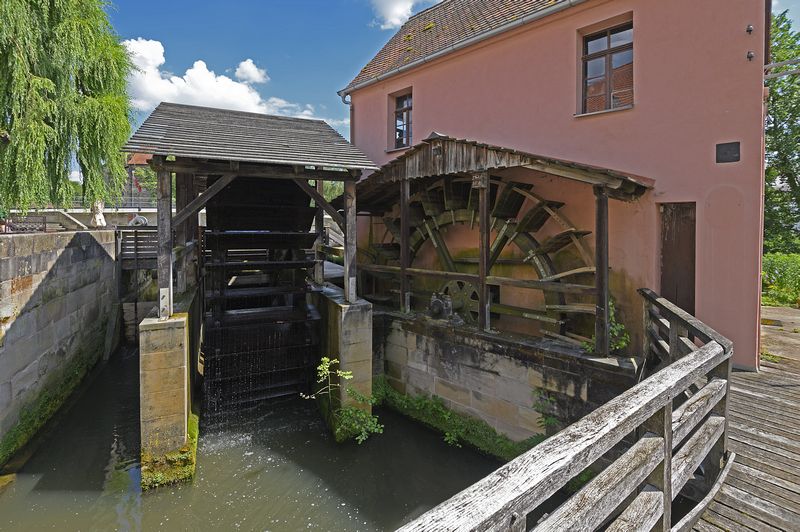 Lauf an der Pegnitz - Mill at the Pegnitz River. 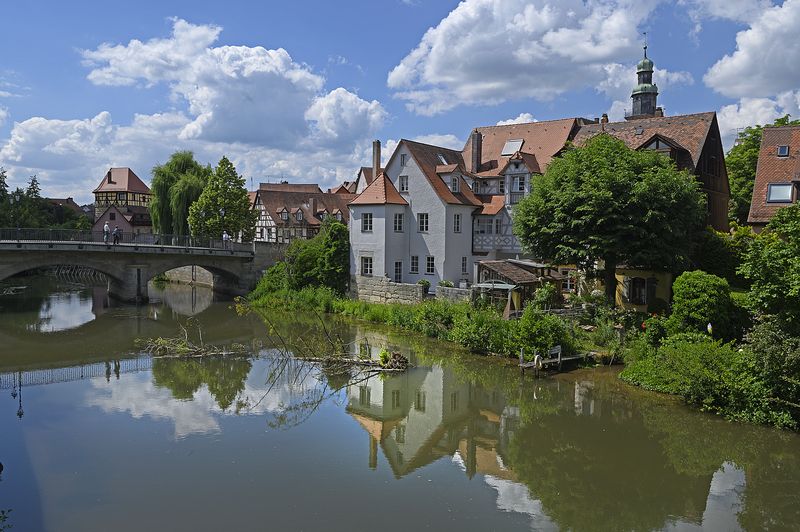 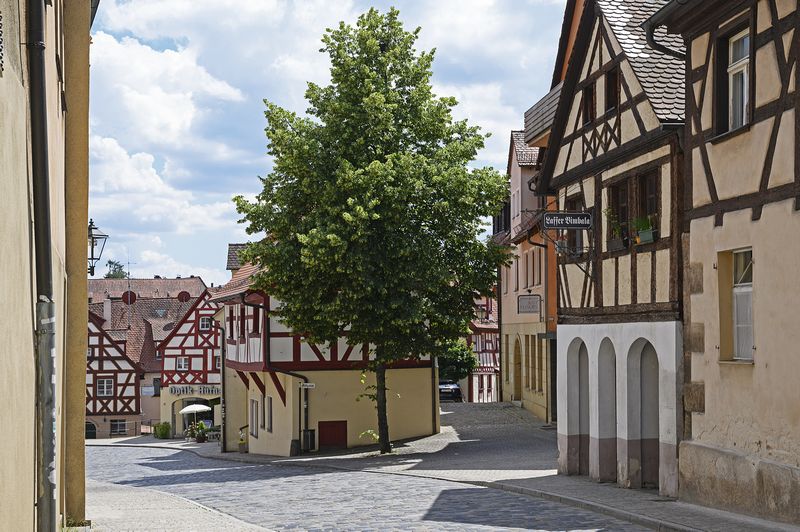