Rothenburg ob der Tauber, the "Franconian Jerusalem" is world-famous for its walled, medieval old town. It stands for captivating stories in authentic locations, great works of art in churches and museums, awareness of tradition and hospitality.

Traditional events such as the Reichsstadt-Festtage, the Historical Festival 1631 "Der Meistertrunk", the historical shepherd's dance, the Hans-Sachs-Spiele, the wine village, the Christmas Reiterlesmarkt and the summery Toppler Theater inspire guests from all over the world every year.

The origins of the town date back to the 10th century, and gates, towers and mighty walls from that time can still be found today. In the Middle Ages Rothenburg was one of the most powerful cities in the south of the country, but due to the events of the Thirty Years' War political influence and wealth declined. This was followed by a long period of economic decline. When it fell to Bavaria in 1802, it was also located far away near the border to Württemberg. Throughout the years Rothenburg has retained its medieval face, albeit because of poverty, not for conservational reasons. Little by little Rothenburg begins to profit from the medieval enthusiasm of the Romantic period: a decree issued by King Ludwig I in 1826 prevents the demolition of the medieval town fortifications throughout Bavaria. Writers, painters - above all Carl Spitzweg - and later also photographers discovered Rothenburg with its idyllic location above the Tauber valley as a "picturesque" town par excellence. They captured views such as the Plönlein or the Markusturm with Rödertor in countless pictures, which travel around the world and make Rothenburg the internationally sought-after tourist destination that it has remained to this day. 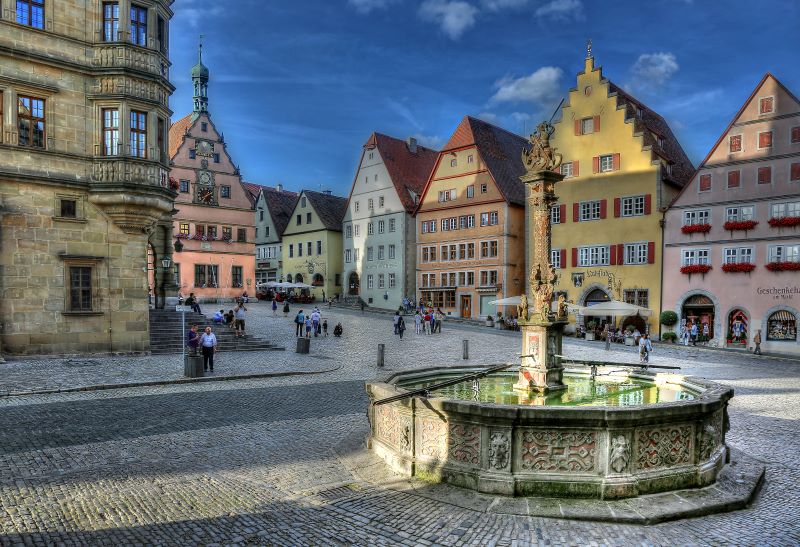 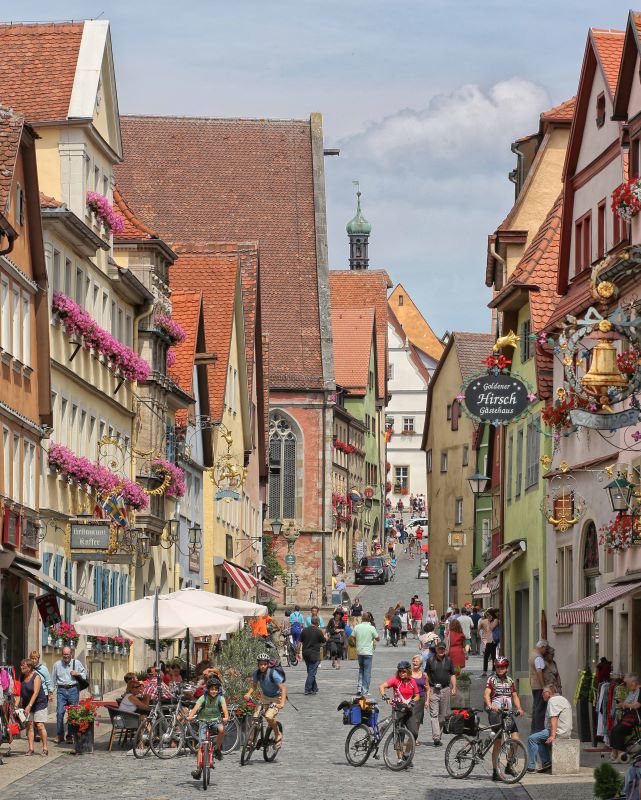 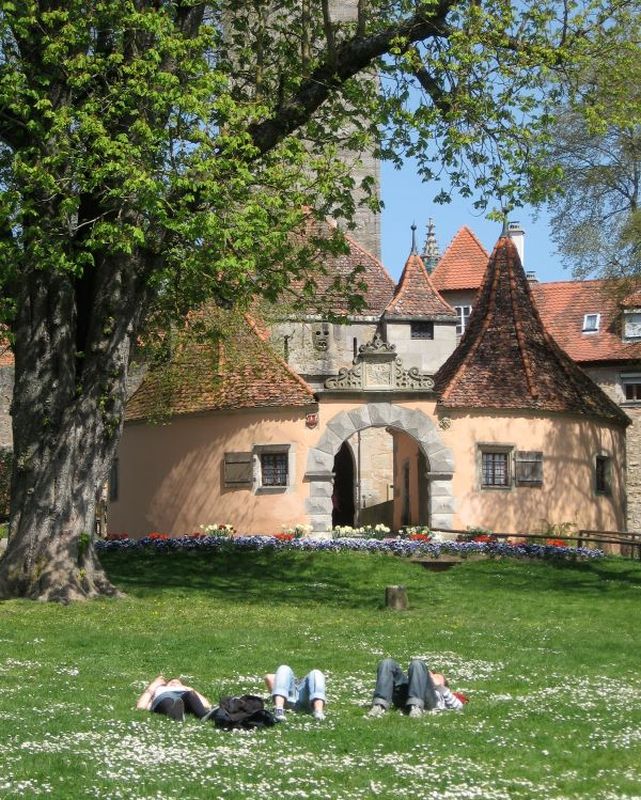