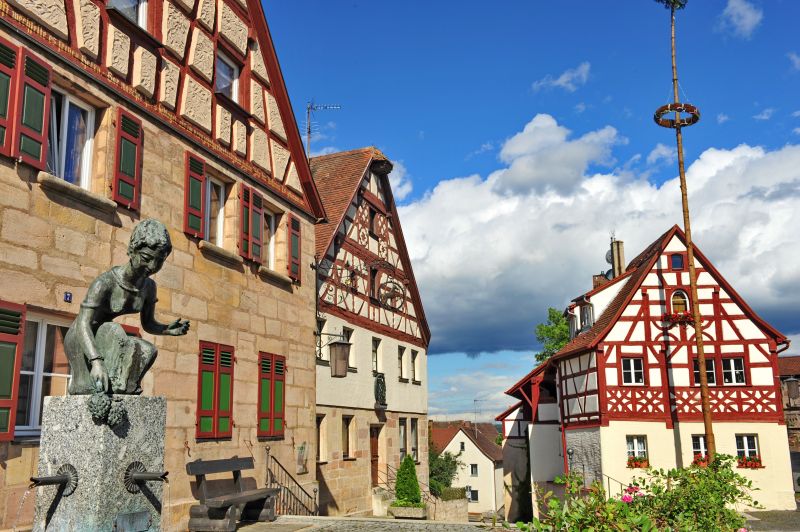 Whoever visits Cadolzburg should enjoy the view of the impressive panorama of the town from the so-called "Buchspitze" (point) with the fortifications of Cadolzburg, the Margrave's Church and the "Cadolzburger Bleistift" (pencil) lookout tower.

The traditional market of Cadolzburg is located in the heart of Franconia, about 25 kilometres west of Nuremberg.
Its name alone indicates the important attraction of the town, the Cadolzburg. The mighty castle, which is enthroned in the middle of the town, had a decisive influence on the development of the market, which is over 850 years old. When it was the residence of the Burgraves of Nuremberg and the Zoller Margraves of Brandenburg in the 14th and 15th centuries, a steadily growing territory was dominated from here.

The numerous historical buildings, especially on the market square and in the narrow alleys around the castle, are a reminder of its eventful history. After the transfer of the court to Ansbach in the middle of the 15th century, the town lost its importance. The castle served as the administrative centre of the Brandenburg-Ansbach Margraviate until the end of the 18th century, after which it remained unused. Through the annexation of the margraviate of Bayreuth-Ansbach to Prussia in 1792, Cadolzburg also became Prussian, and through the new division of the land by "Napoleon's Grace" it fell to the Kingdom of Bavaria in 1806.

Only in the 19th century did a historical interest in the castle awaken. As a result, Markt Cadolzburg became a popular excursion destination, which since 1892 could be reached from Fürth by the Rangau Railway. Especially during the times of fruit blossom, there are reports of over 20,000 visitors on one weekend. 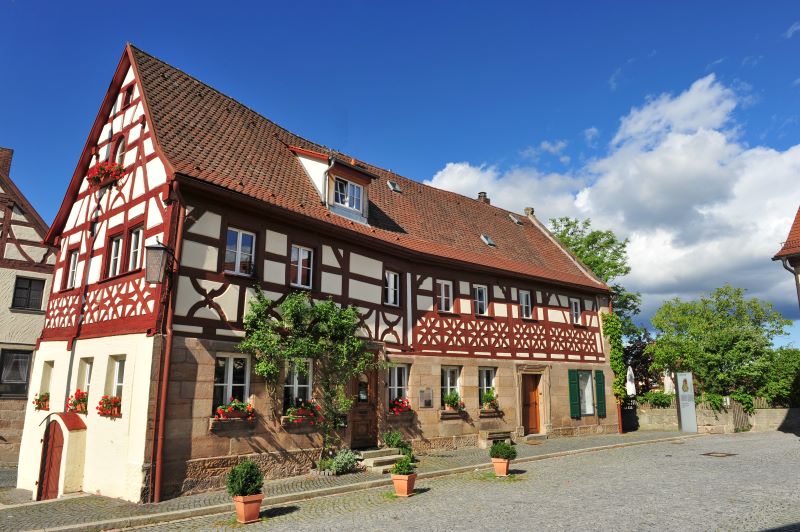 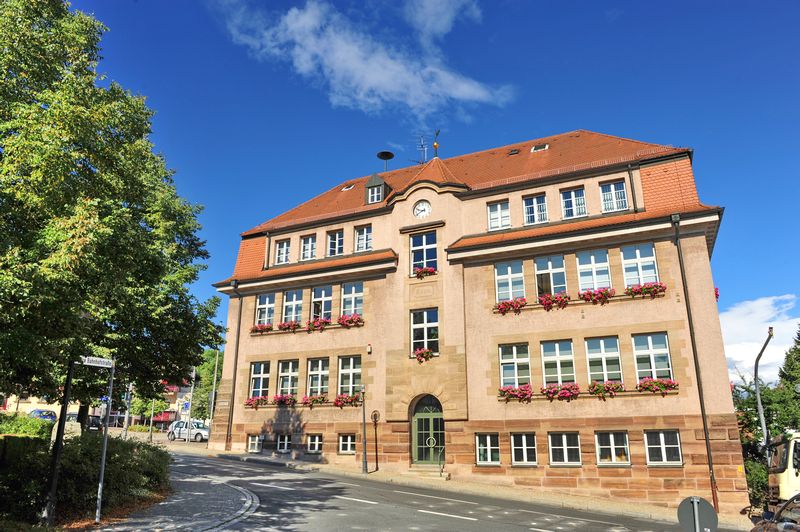 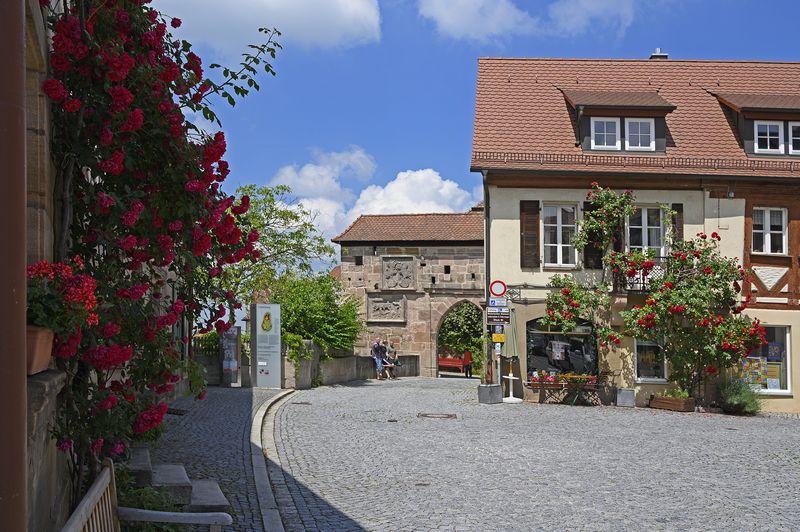 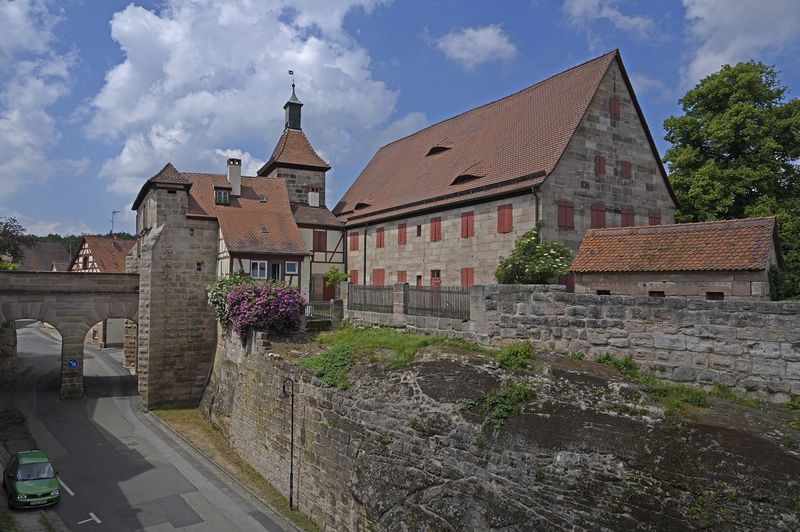 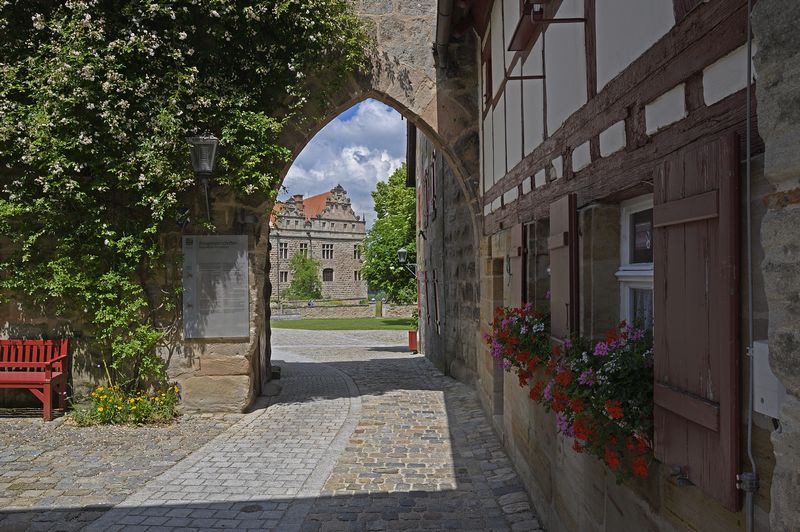 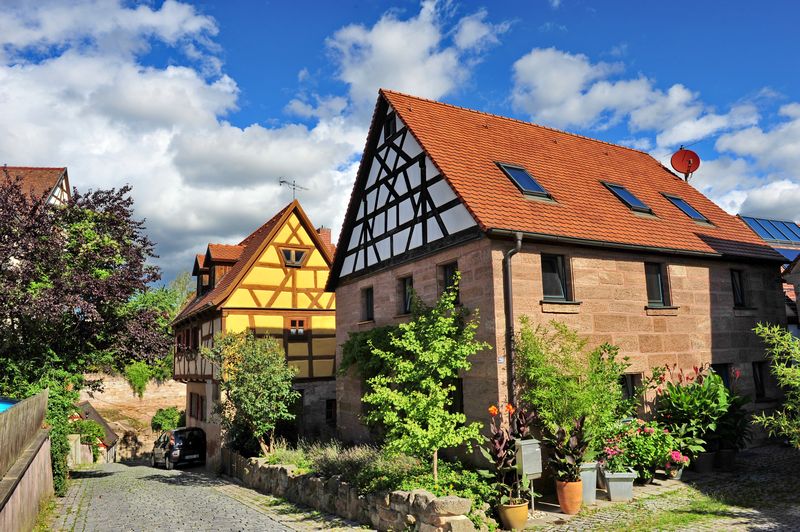