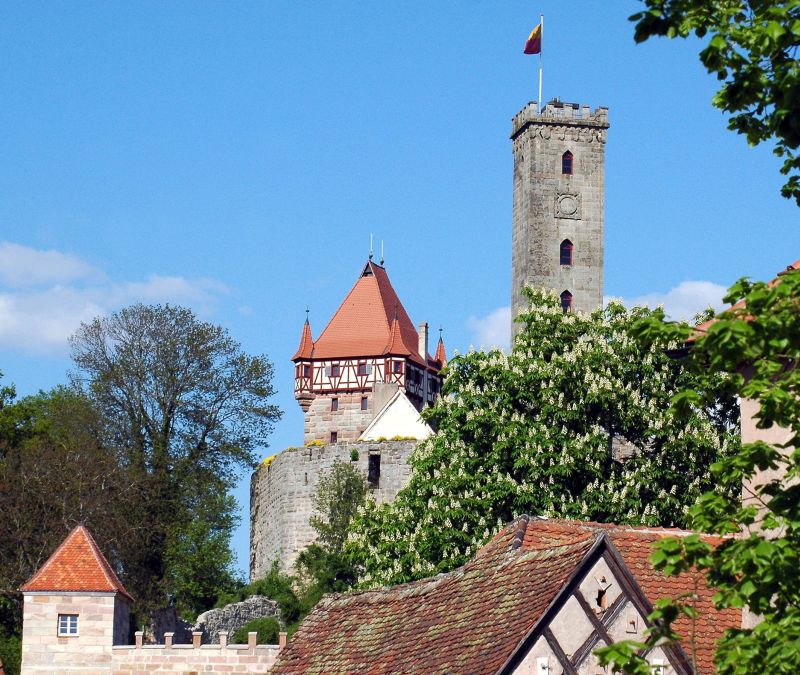 Abenberg is located 20 kilometres southwest of Nuremberg, only a few kilometres from the Franconian Lake District with Roth-, Brombach- and Altmühl lake. Landmarks are the 1000 year old castle Abenberg and the 500 year old monastery Marienburg, as a charitable and spiritual centre.

The village was first mentioned in 1071 as Abinberch. The Counts of Abenberg built the castle. It was the time of the high Middle Ages and the blessed Stilla, who dedicated her life to the poor and sick. From 1189 to 1190 Count Friedrich II took part in the third crusade under Emperor Barbarossa and died around 1200. With him the Abenberg dynasty in the male line died out. By marriage Abenberg comes to the Burgraves of Nuremberg around 1236 and finds the connection to the Hohenzollern. In 1296 Prince Bishop Reinboto of Eichstätt acquires the castle and town, and in 1299 Abenberg is granted town rights.
The Thirty Years' War in particular left deep wounds in the Abenberg region. Only slowly did the town recover. A glass and mirror factory (founded in 1656) as well as needle production and lace-making were the main sources of income for centuries. In the 17th and 18th century many families migrated from Austria.
In 1802 Abenberg became electoral Bavarian, came to Prussia in 1803 on the exchange route and was finally incorporated into the Kingdom of Bavaria in 1806. Since the 1950s, tourism has been gaining in importance. Of supra-regional importance are the lace-making school - there are only two institutions of this kind in the Federal Republic of Germany - and the lace-making museum as a unique documentation of this old folk art. 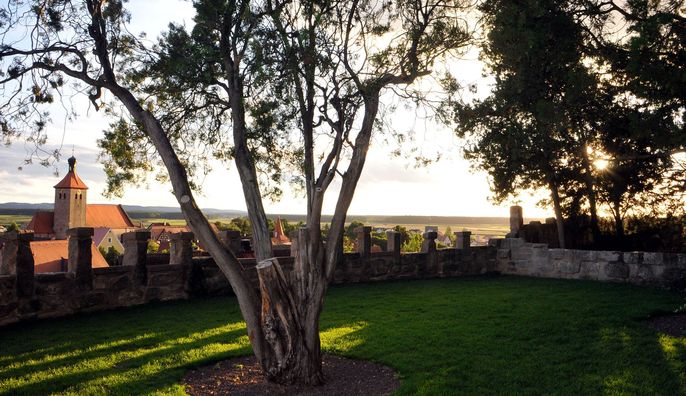 Abenberg – View from the rose garden. 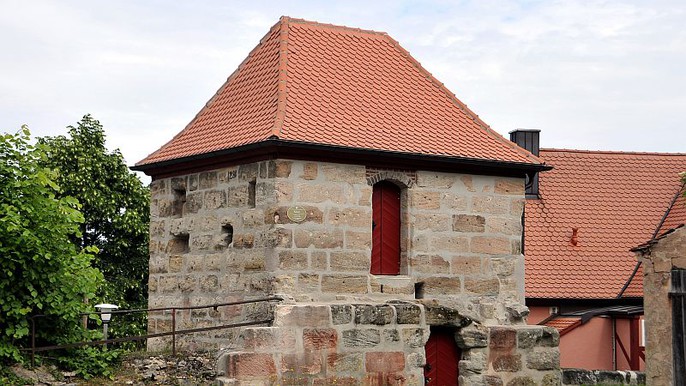 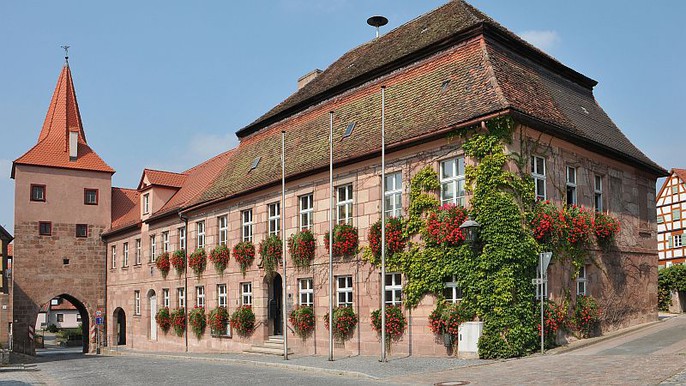 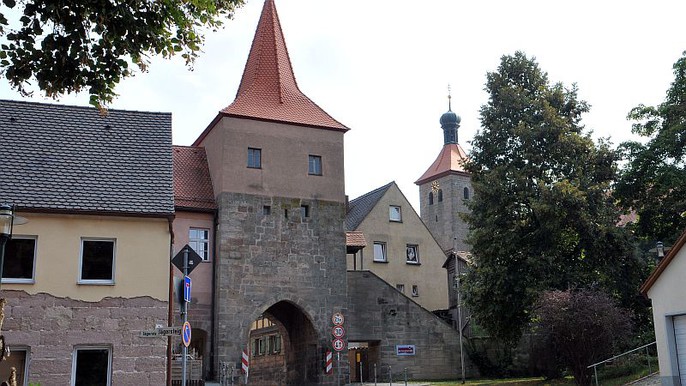 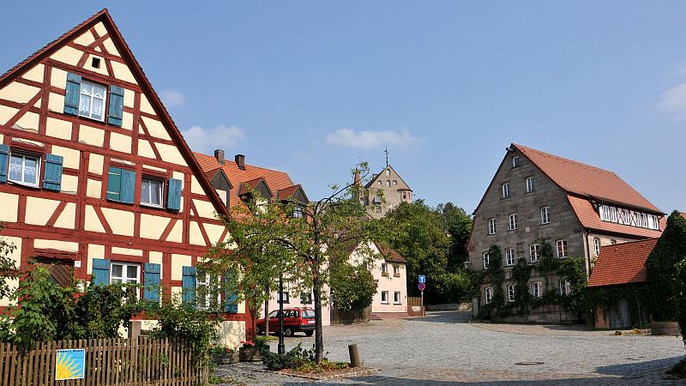 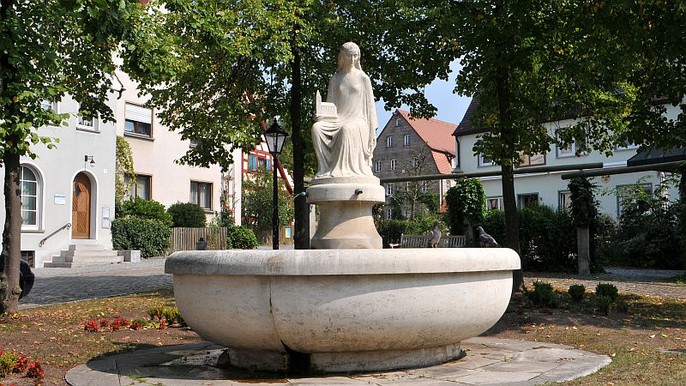