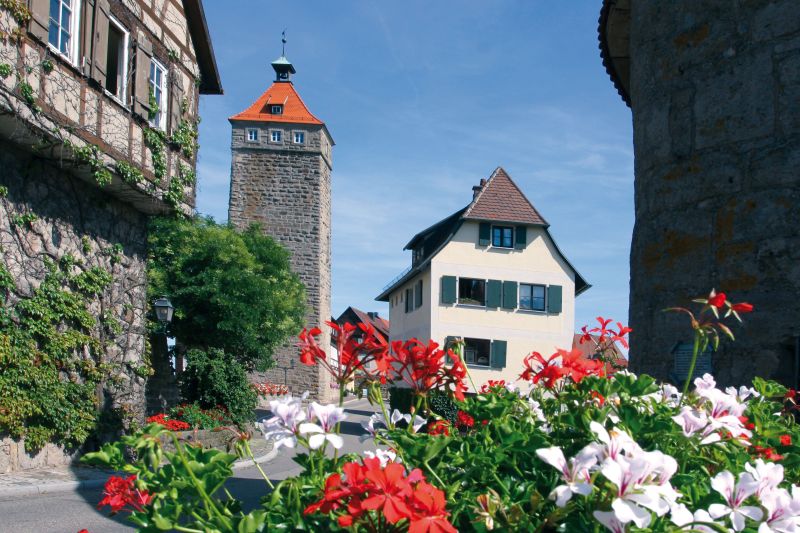 Waldenburg lies at an altitude of over 505 metres in the Swabian-Franconian Forest Nature Park. The "Balcony of Hohenlohe", visible from afar, offers magnificent views over the Hohenlohe plain. A panoramic path around the old town leads to idyllic farm gardens, a medieval bastion, the Lachnerstower as the highest observation tower in Hohenlohe, the mighty castle and finally to cafés and restaurants in panoramic locations.

Beautiful, well-marked hiking trails connect the town with, among other things, the Höhen-Erlebnispark Theresienberg or along the small river Bibers with the Neumühl lake, which invites you to bathe and stop for a bite to eat in the local country inn. A special feature is the annual "Hohenloher Bergfest", which was first held in 1948 and as the "Hohenloher Olympiade" - today with the FÖRCH Triathlon - attracts hundreds of athletes every year.

The oldest document in which Waldenburg is mentioned dates back to 1253 and Waldenburg was first mentioned as a town in 1330. The 14th century also saw the construction of the Schanz, a moat with an eight-metre high shield wall. In 1533 the town became the independent residence of the later princes of Hohenlohe-Waldenburg. When the Principality of Hohenlohe was dissolved, Waldenburg became part of the Kingdom of Württemberg in 1806 and from 1810 it belonged to the Oberamt Öhringen. Until well into the 19th century, the town remained limited to the area on the ridge, which had been built over since the Middle Ages. During the last days of the war in 1945, American artillery destroyed almost the entire town.

The town was rebuilt in an exemplary medieval form. Even today an approximately six-metre high and up to one and a half metre thick city wall with a length of 965 metres still spans the entire ridge. The "Historical Routes" invite you to take a journey through history. Eleven display boards provide an insight into everyday life in former times. 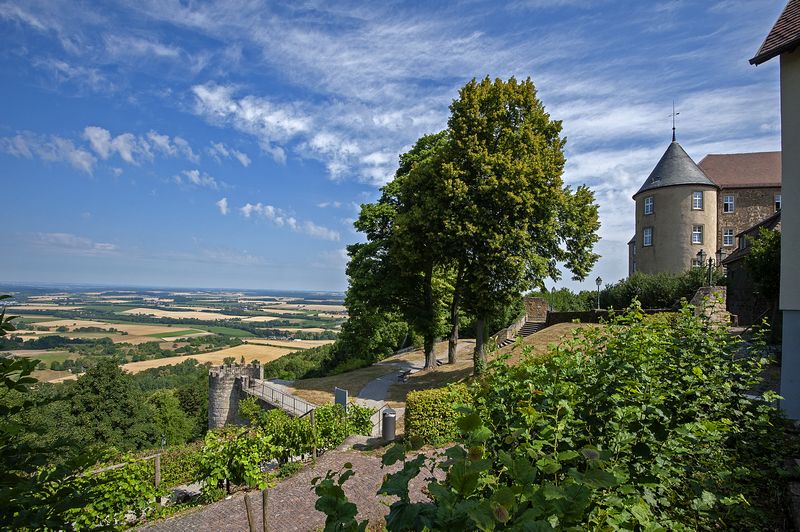 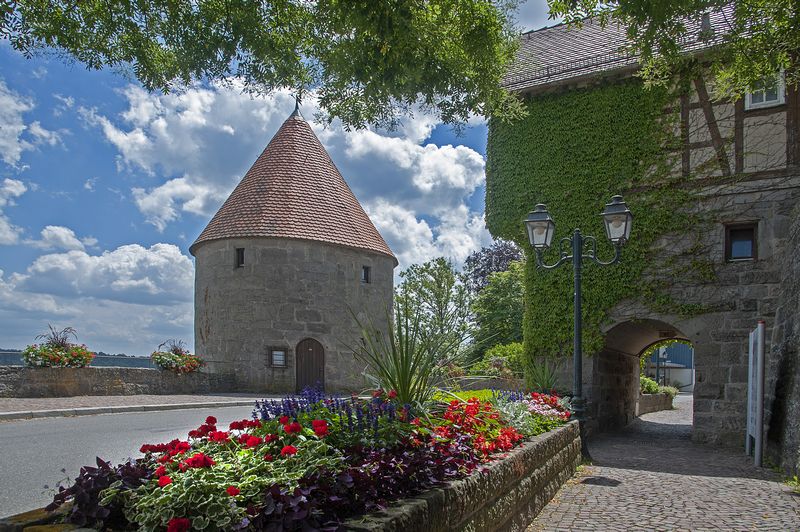 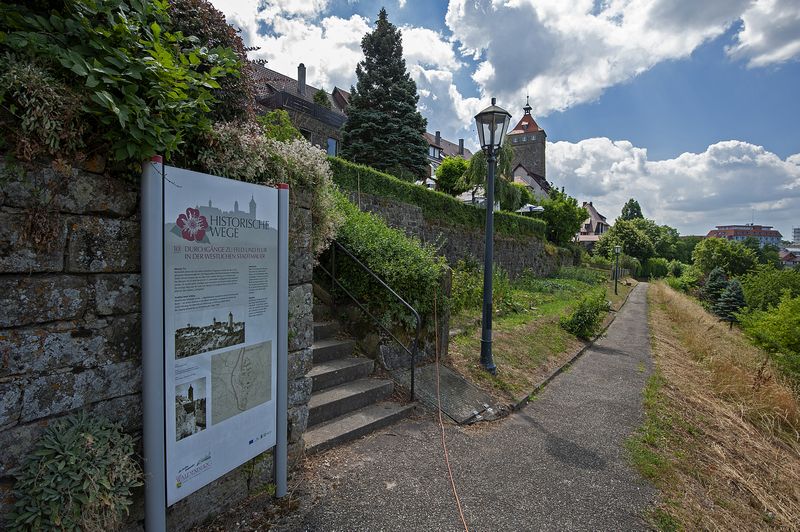 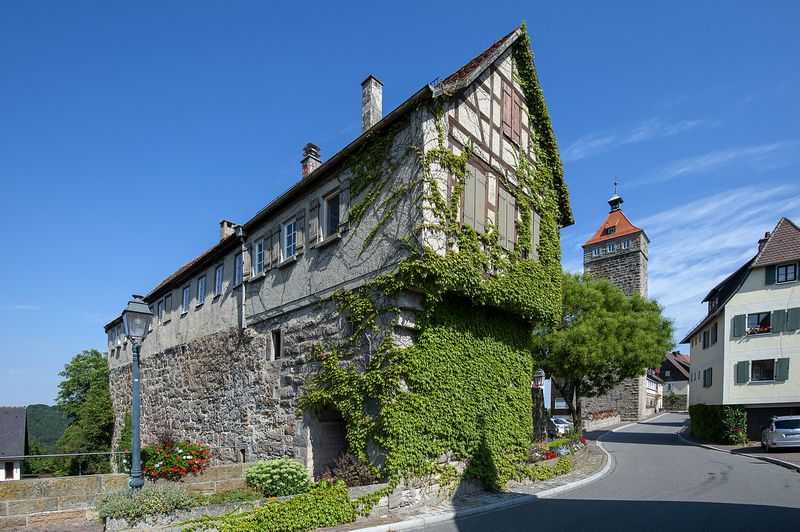 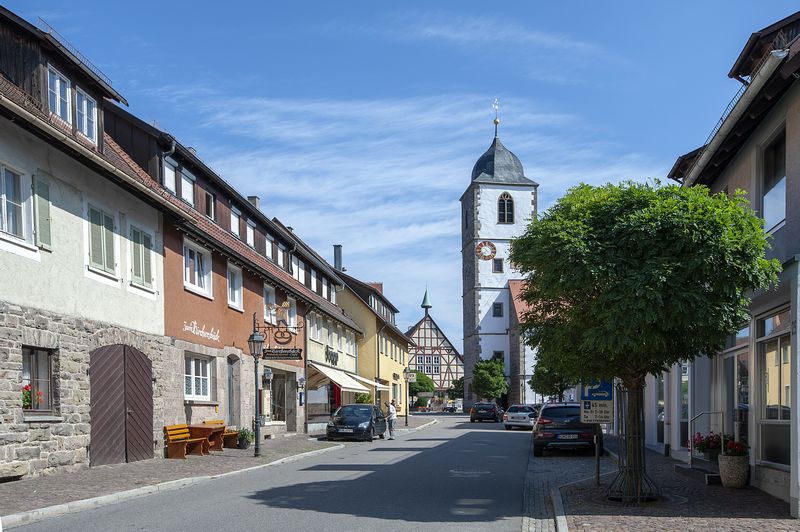 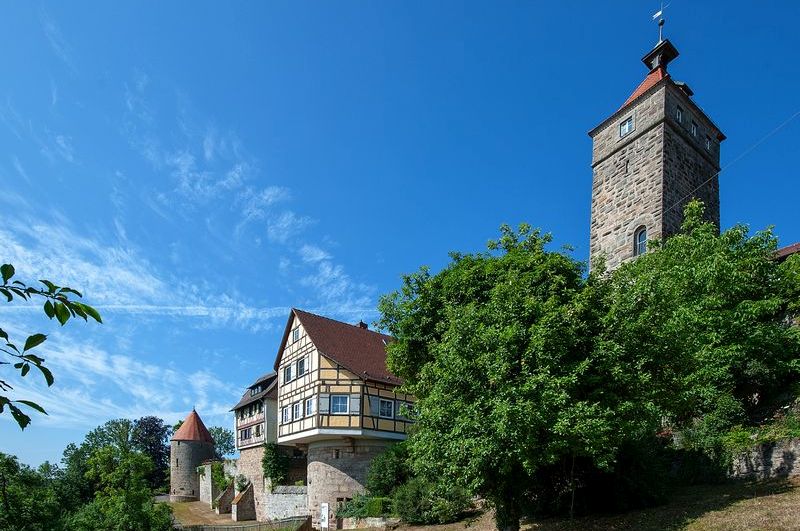