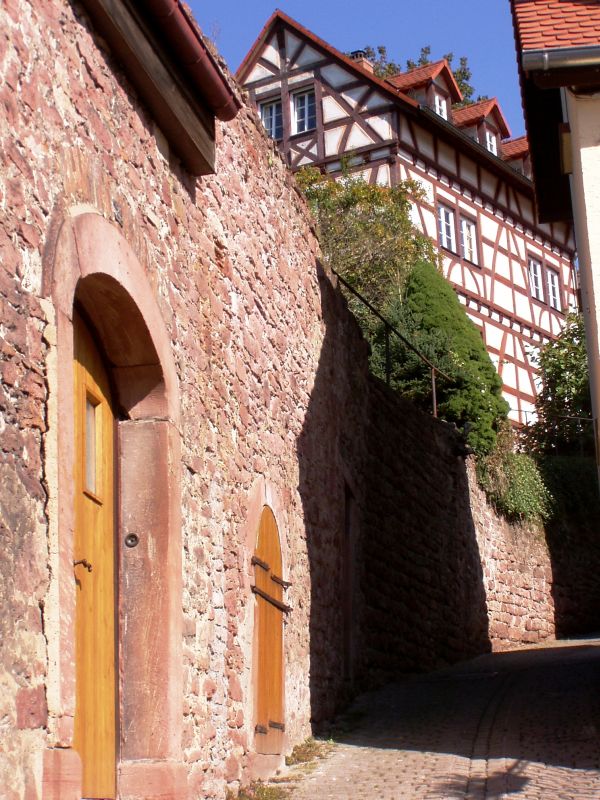 Neckarsteinach is the southernmost town in Hessen and the southern entrance portal of the European Geo-Nature Park Bergstraße-Odenwald. Its most striking feature are the four medieval castles that rise like a wreath around the bend of the Neckar river. This four-castle ensemble, unique in Germany, the historic old town and, last but not least, the five-kilometre-long car-free promenade along the banks of the river give the town an unmistakable image. There is hardly any other place on the Castle Road where you can get so close to the Neckar. In addition to balanced gastronomy, the information centre of the Geo-Naturpark with tourist information, café and multimedia castle exhibition as well as the landing stage for excursion boats to Heidelberg and Eberbach are located here.

The name of Neckarsteinach, which is embedded in a densely wooded mountainous landscape, originated when the Odenwaldbach Steinach stream flows into the Neckar. The four fortifications, which gave Neckarsteinach the nickname "Vierburgenstadt" (four-castle town), were built between 1180 and 1260. All four castles were built by the knightly dynasty of the noblemen of Steinach, whose first name was "Bligger". They and the place then called Steinach are first mentioned in a document from 1142. Bligger II is said to be the author of the Song of the Nibelungs. The Nibelungen Garden is a reminder of him and the 800-year-old, probably best known medieval epic.

Until the 19th century, the population of Neckarsteinach lived from shipping, rafting, forestry, tanning and the sandstone business. 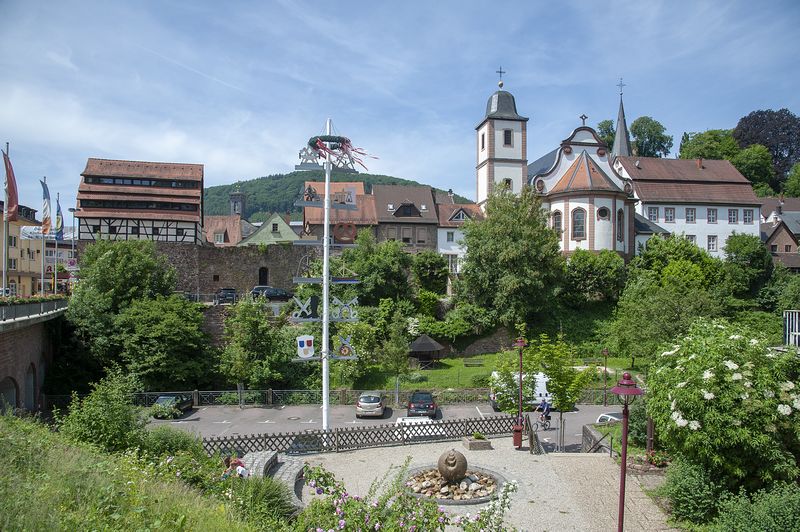 Neckarsteinach - View to the town. 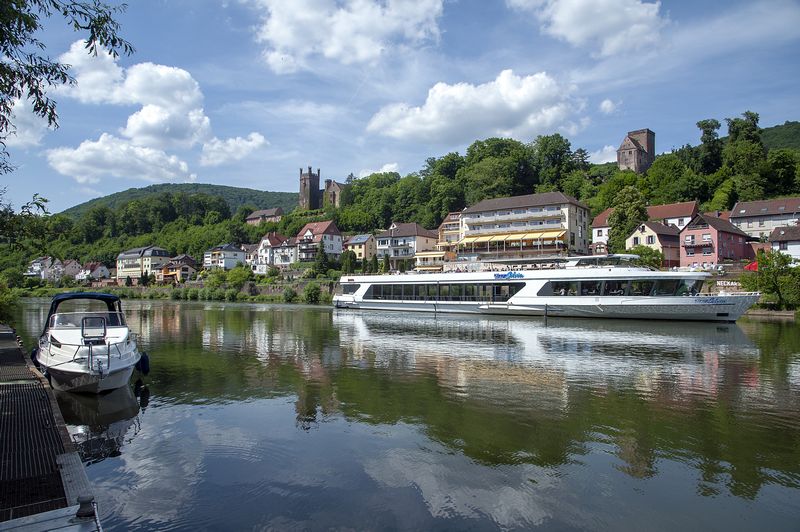 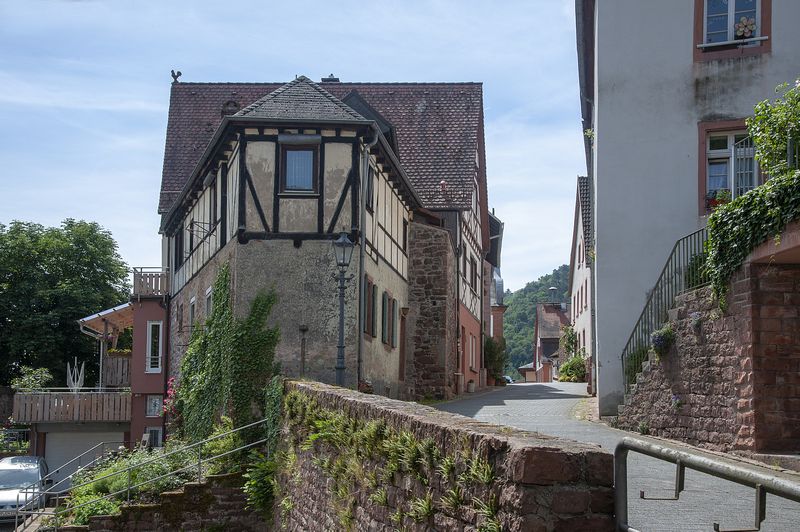 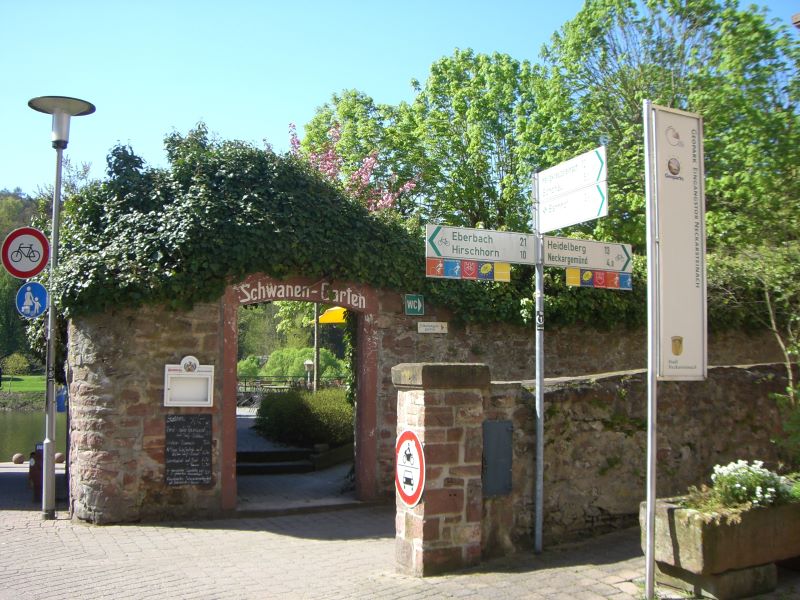 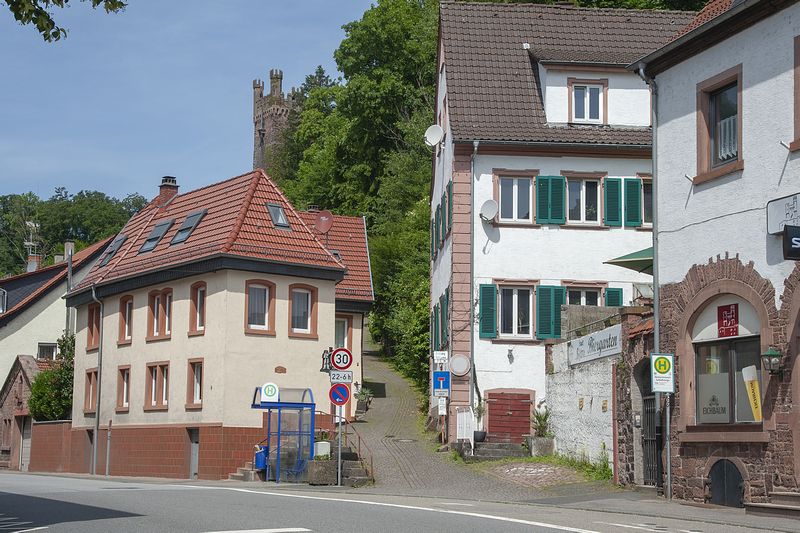 Neckarsteinach - Path to the Middle Castle. 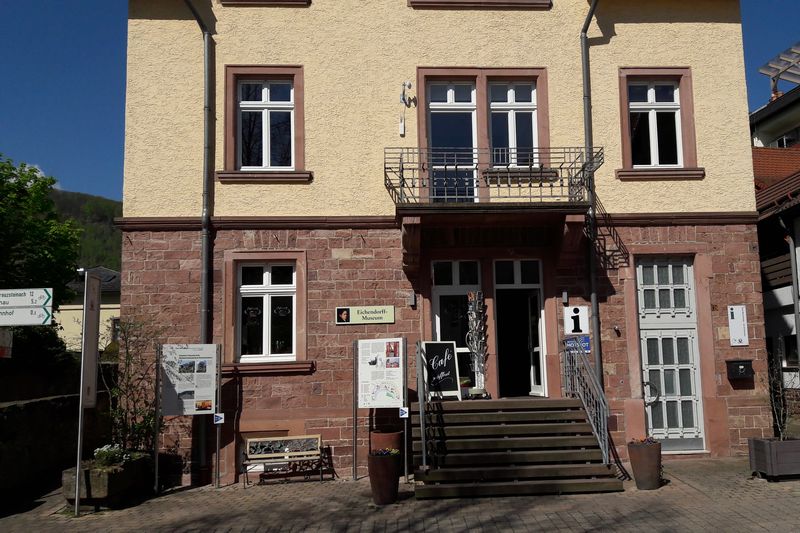