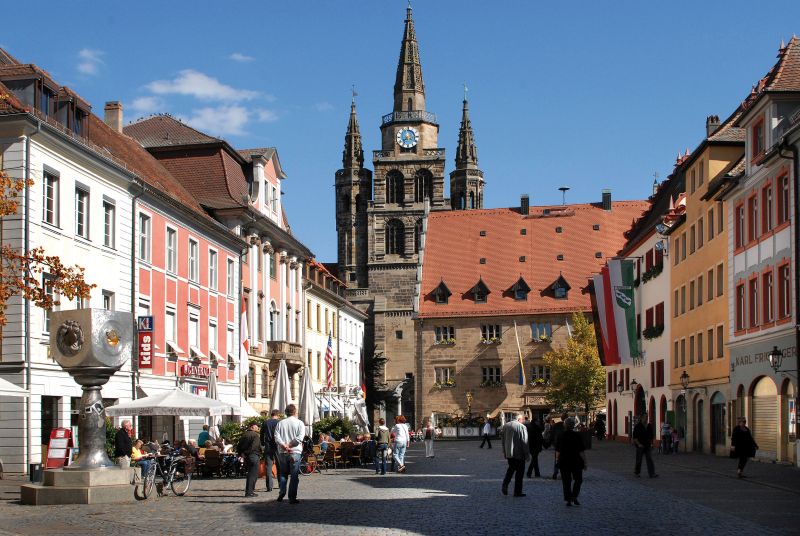 Ansbach, the former residence of the Margraves of Brandenburg-Ansbach, is located about halfway between Rothenburg ob der Tauber and Nuremberg.

With the striking rococo building of the Margravial Residence, the Court Chancellery, the churches of St. Johannis and St. Gumbertus, the Court Garden with Orangery and a large number of facades in baroque and rococo, the townscape still reflects the rule of the margraves today. Against this charming historical backdrop, you will find an inviting mixture of cafés and restaurants as well as well-assorted specialist shops. Every two years Ansbach hosts the Bach Week, a musical event of European standing.

The origins of Ansbach, which was called Onolzbach until the 18th century, go back to a Benedictine monastery founded in 748. In 1221 Ansbach received its town charter. In 1331 the area was placed under the jurisdiction of the Hohenzollern and thus belonged to the Franconian ancestral lands of this noble family. Until 1791 Ansbach was ruled by the Margraves of Brandenburg-Ansbach. Then the last Margrave Karl Alexander of Brandenburg-Ansbach ceded the town to Prussia for an annual life annuity and went to England. With the Peace of Basel in 1795, Prussia declared neutrality towards revolutionary France and thus served as an exile for the Duke of French-occupied Zweibrücken, later King Max I Joseph of Bavaria, from 1796. In the course of the reorganization by Napoleon, Ansbach fell to the newly founded Kingdom of Bavaria in 1806. Since 1838 Ansbach has been the capital of the administrative district of Middle Franconia.

Ansbach is also known for the famous "foundling of Europe" Kaspar Hauser, who was murdered in the court garden in 1833 and whose origin is still a mystery. An unmistakable culinary speciality of the "city of Franconian rococo" is the Ansbach bratwurst, which has made Ansbach one of the 100 places of pleasure in Bavaria. 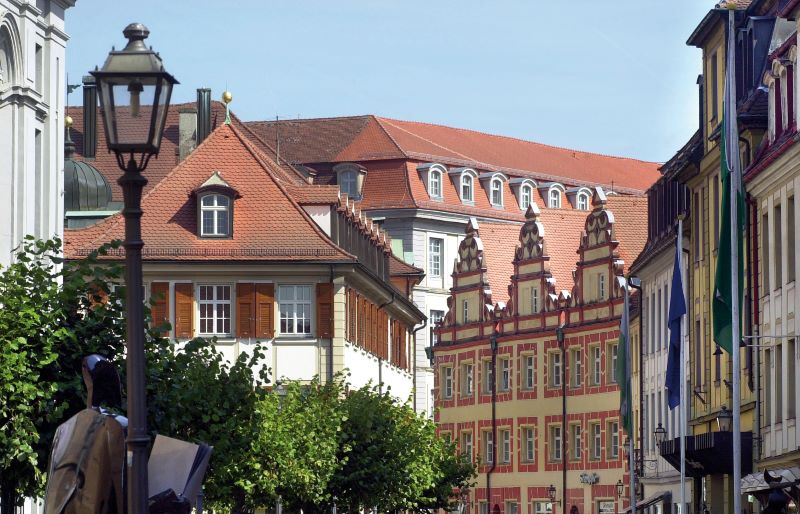 Ansbach - Facades in the old town. 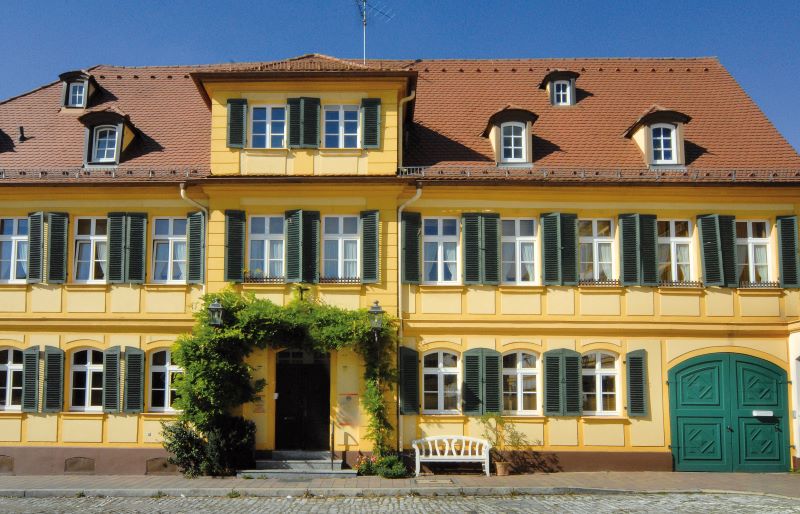 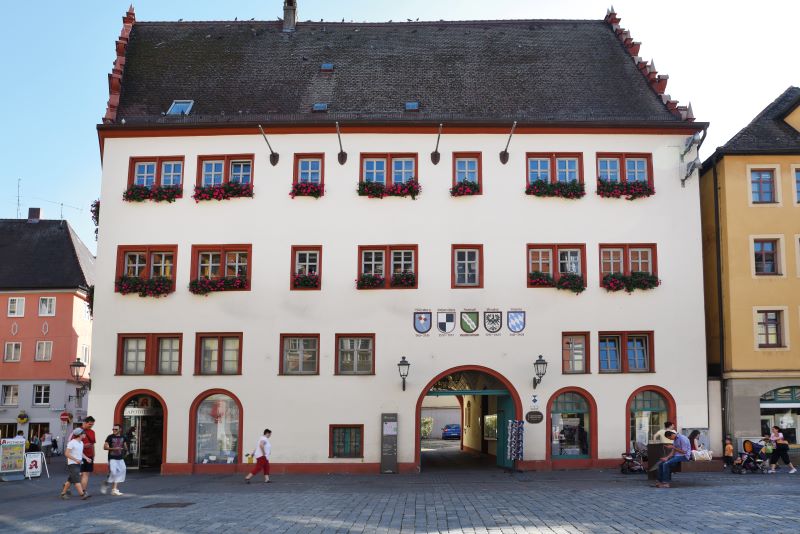 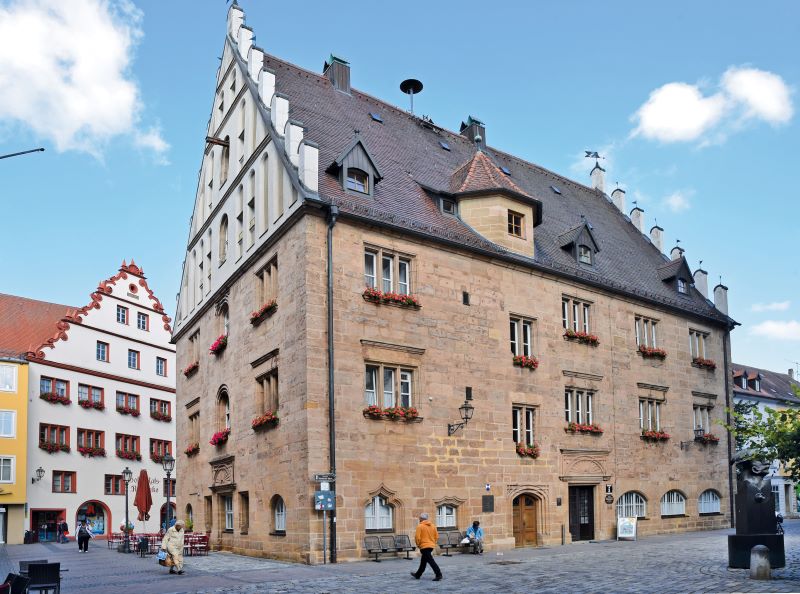 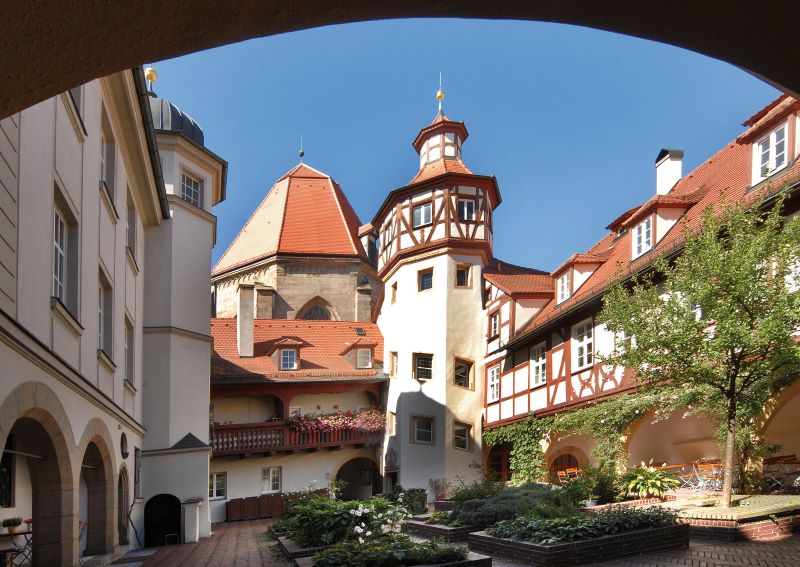 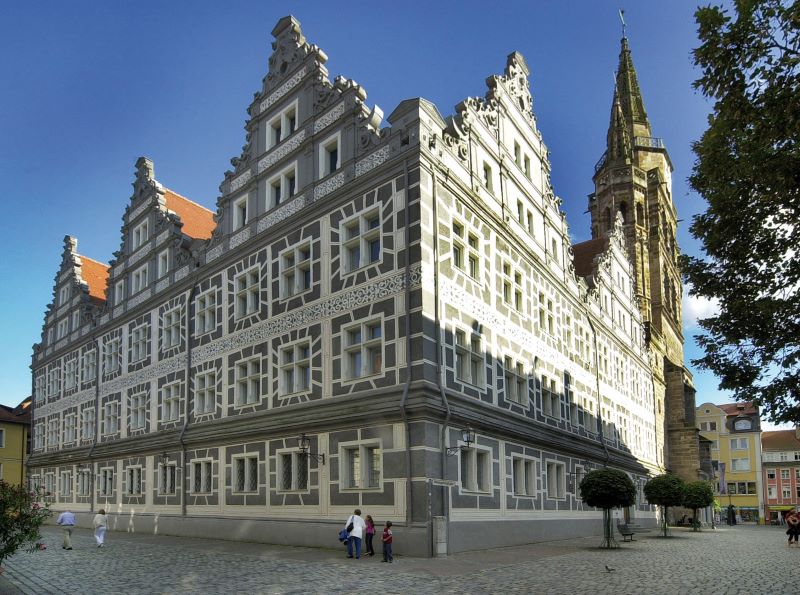