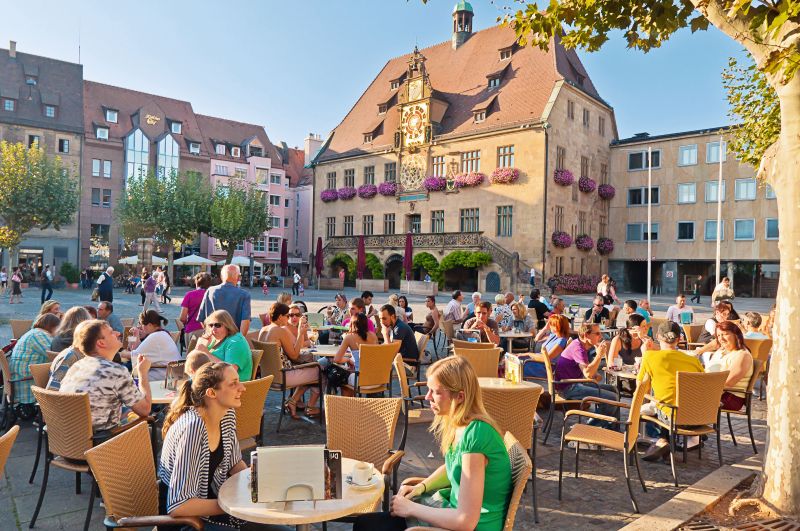 Heilbronn is located in the heart of Baden-Württemberg and is still strongly influenced by viticulture. It became famous everywhere through Heinrich von Kleist's "Käthchen von Heilbronn". The beautiful location on the Neckar, the wine and a varied gastronomic offer, for example on the "Bummelmeile" along the Old Neckar, make the city a sought-after address not only for castle road guests.

Between the first documentary mention as "villa helibrunna" in the year 741 and the destruction of the city on December 4, 1944, there are more than 1200 years of city history: From 1371 to 1803 Heilbronn was an imperial city, the leading industrial city of Württemberg in the 19th century. Today Heilbronn, with over 125,000 inhabitants, is the economic and cultural centre of the Heilbronn region.

Theatres - including a theatre ship - museums, an art gallery, literature and cabaret as well as music between classic and modern make up Heilbronn's cultural diversity. Highlights in the annual calendar of events are the horse market, the Trollinger Marathon, the Unterländer Volksfest, the wine village, the harbour market and the Christmas market. With 530 hectares of vineyards, Heilbronn is the most important wine metropolis in Württemberg and the centre of the largest red wine region in Germany. It is an ideal starting point for round trips along the Castle Road, for boat trips on the Neckar River or for bicycle tours along supra-regional cycle paths.

With the "experimenta", Heilbronn is home to the largest science center in Germany.

The BUGA 2019 in Heilbronn was the first Federal Garden Show in combination with a city exhibition. The completely new Neckarbogen quarter was created, which owes its special character to its architectural diversity with green, wooden or glass facades - including Germany's tallest wooden building - and its incomparable location directly on the Old Neckar. 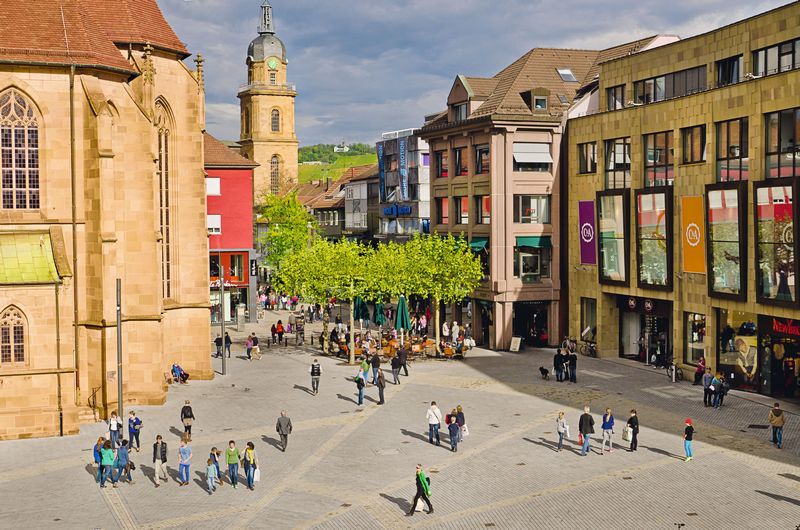 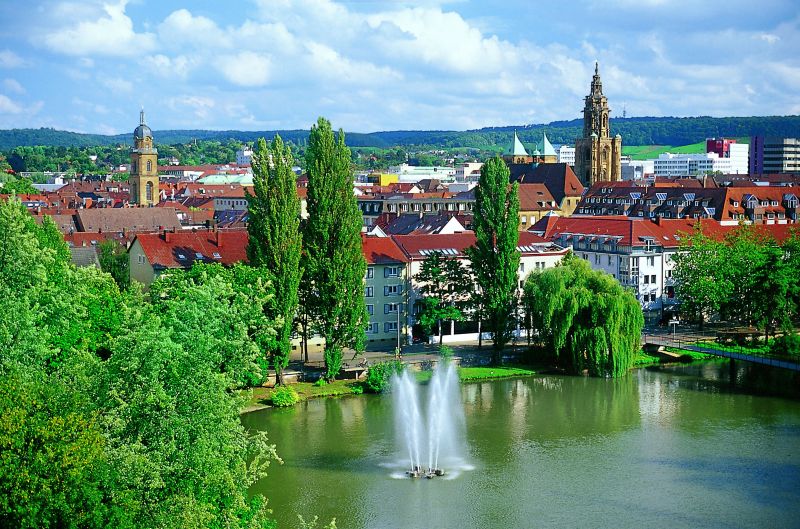 Heilbronn – View of the city centre. 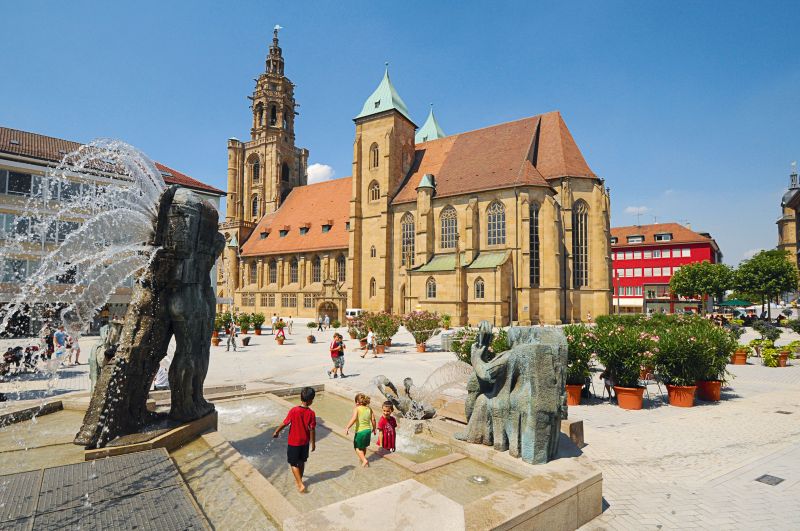 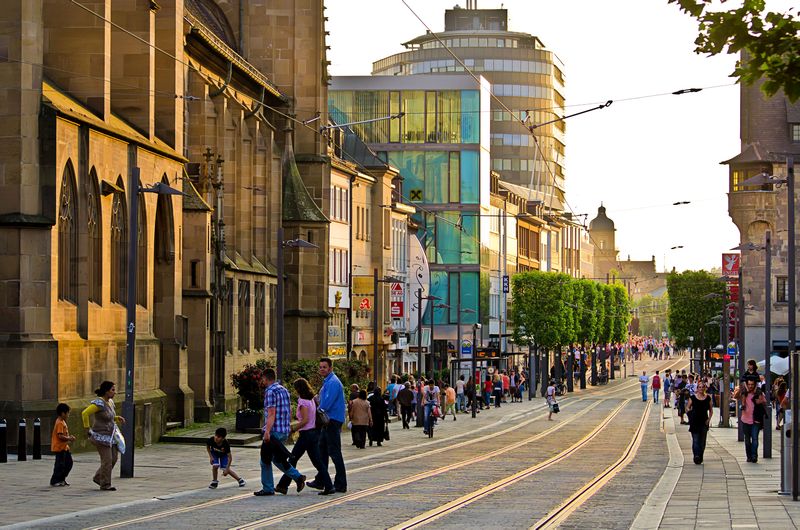 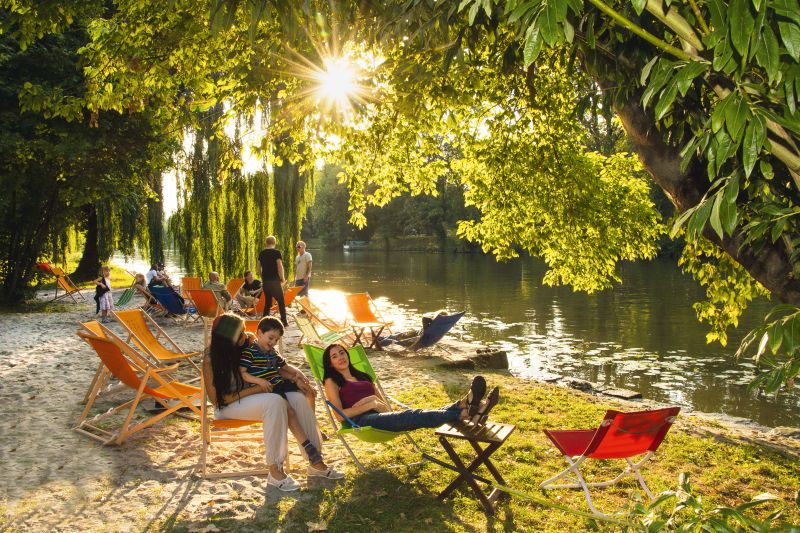 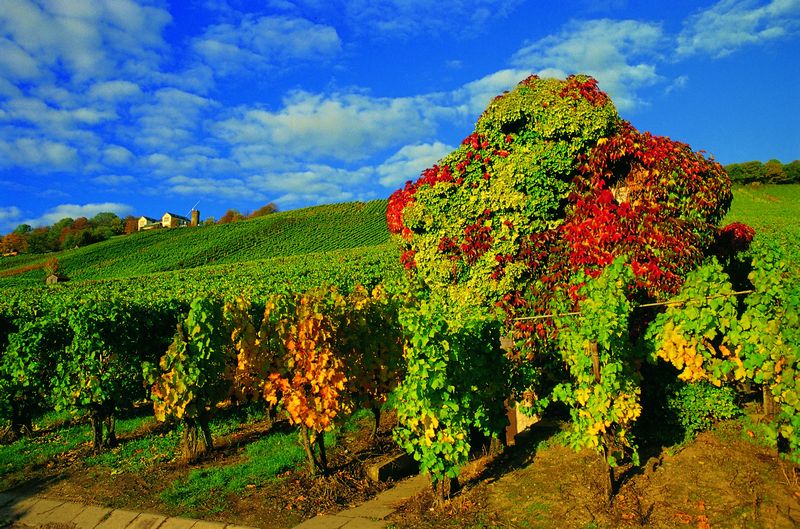