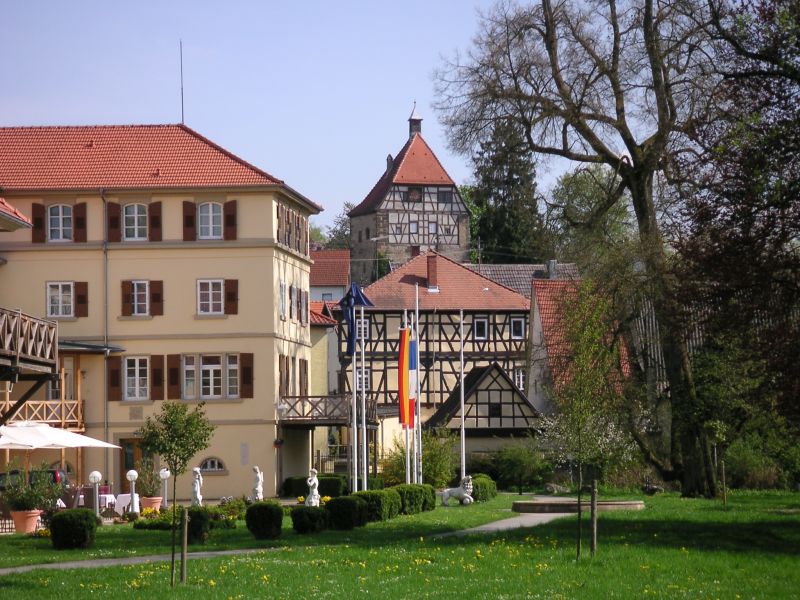 Neckarbischofsheim – View of the pentagonal tower .

The very special thing about Neckarbischofsheim is the extensive castle park in the heart of the small town, which is situated on the border to the Kraichgau and the Odenwald. On a walking tour, the visitor encounters a wealth of historical buildings: Totenkirche (Church of the Dead), Altes Schloss (Old Castle), Pentagonal Tower, Altes Rathaus (Old Town Hall), to name only the most important ones.

Since 2010, the historic rail bus "Roter Flitzer" has been operating in the idyllic Krebsbach Valley on the 17 kilometres between Neckarbischofsheim and Hüffenhardt. It runs from May to October on Wednesdays, Sundays and public holidays and travels along the Castle Road to Siegelsbach. From Siegelsbach railway station, Guttenberg Castle can be reached on a six-kilometre walk.

In 988, the village, at that time still called "Bischofsheim", was first mentioned in a document. In the Middle Ages it developed into a town with fortifications, defence towers and moats. This is documented in a bill of sale from 1378, in which Wiprecht von Helmstatt acquires from his brother Raban his "part of the castle and the town of Bischofsheim". During the 30-year war (1618-1648), Bischofsheim was initially spared thanks to its seclusion and the negotiating skills of its sovereign. In the period from 6 March to 4 April 1622, the famous Imperial General Tilly had his headquarters in the "Stone House", the Old Castle, and from here he led the preparations for the siege of Heidelberg.

A "Historical Tour" through the old town connects 26 monuments, which are provided with information boards and with a QR code to call up information. From Neckarbischofsheim, numerous hiking and cycling trails lead through the charming landscape, which is characterised by forests, orchards and field hedges. 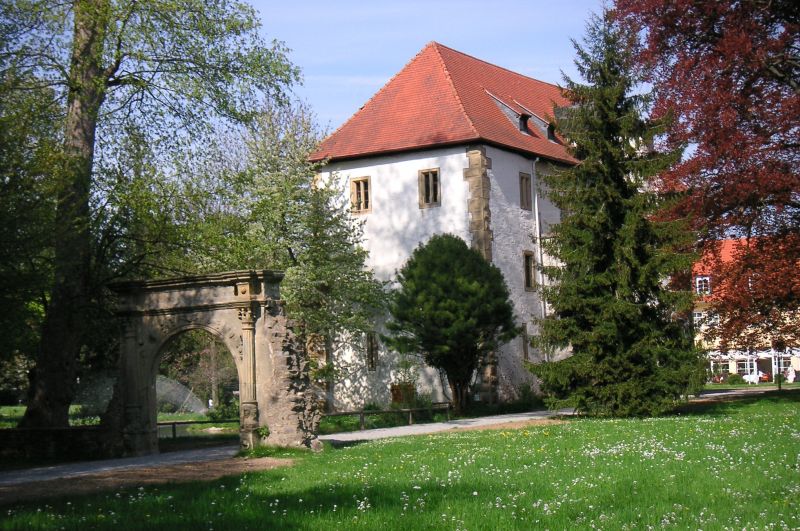 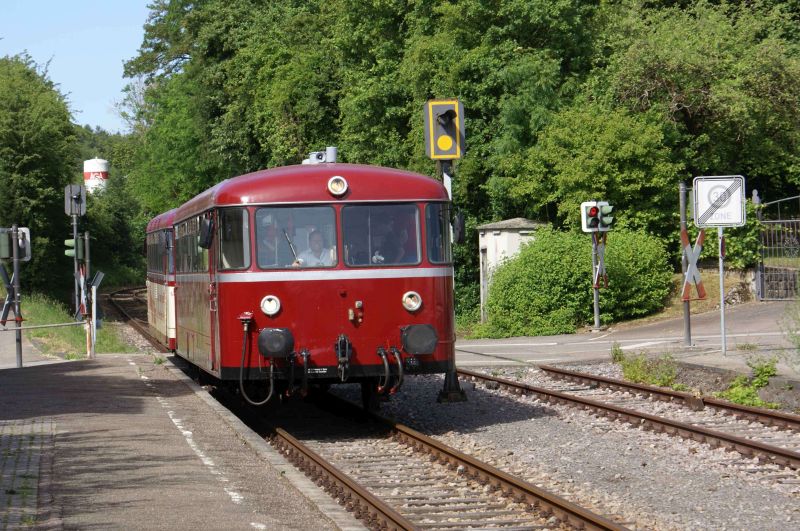 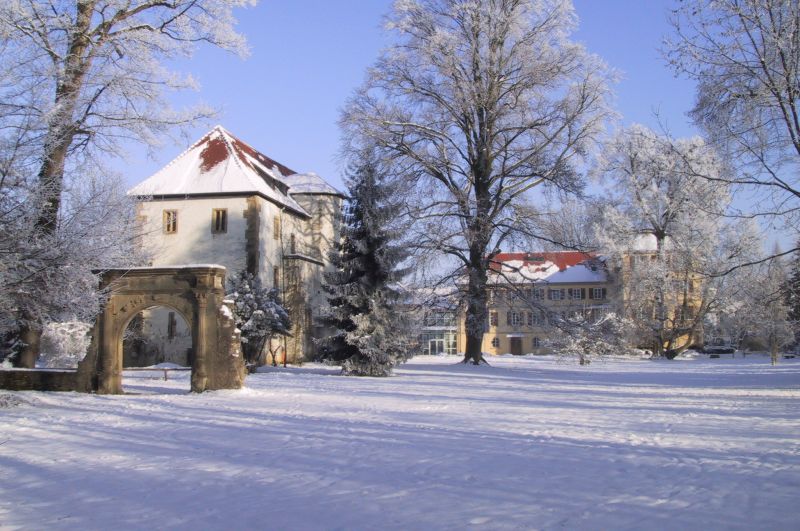