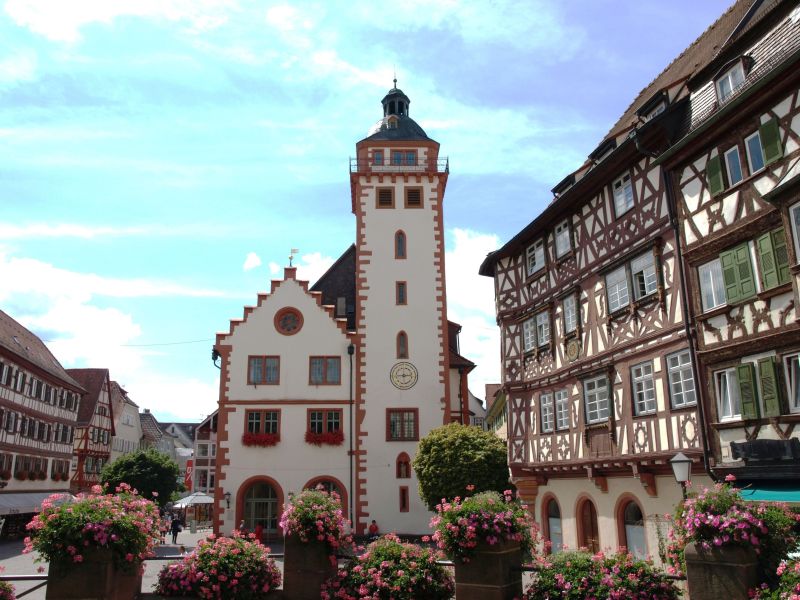 Mosbach is situated on the southern foothills of the Odenwald and is the cultural and economic centre of the Neckar-Odenwald region. Already 400 years ago Mathaeus Merian wrote in his "Topographia Franconiae" about a "fine, well-built city". This impression is still conveyed to the visitor today. The main street in the historic old town is a unique parade of half-timbered houses: pointed and wide gables, centuries-old wooden constructions in shades of grey, black and red form a closed backdrop. The market square is dominated by the imposing town hall tower.

In the pedestrian zone, restaurants and cafés as well as small, often still owner-managed shops invite you to visit. Every year the historic old town, the city park and the Neckarelz moat form the backdrop for the demanding and varied cultural festival " Mosbach Summer". Mosbach is also known for its adventure markets, which take place all year round. The themes here range from flowers, herbs, bread and antiques to pumpkins.

Mosbach stands for more than 1100 years of living history. Scenically, the city is characterized by the wooded slopes of the Odenwald. The "Jupiter giant column" discovered in the Diedesheim district of the city represents the origin of the settlement history in the Elz estuary. The first historically secured documentary mention of Mosbach dates from 826. More and more farmers, traders and craftsmen settled around the Benedictine monastery "Monasterium Mosabach". A community gradually grew out of this settlement. From 1410 - 1499 Mosbach was the residence of the Palatine Counts Otto I. and Otto II. After the death of Otto II and the dissolution of the principality, Mosbach was appointed as the Electoral Palatinate administrative town. Merian captured the townscape of 1645 in an engraving, which can be viewed today in the Palatine Monastery. The half-timbered buildings within the fortified town stand for old German civic spirit and cosiness. Thus the historical old town offers the viewer an unmistakable picture of artistically exposed façade splendour.

Since 1976 "Große Kreisstadt", Mosbach with its five districts today has about 25,000 inhabitants. 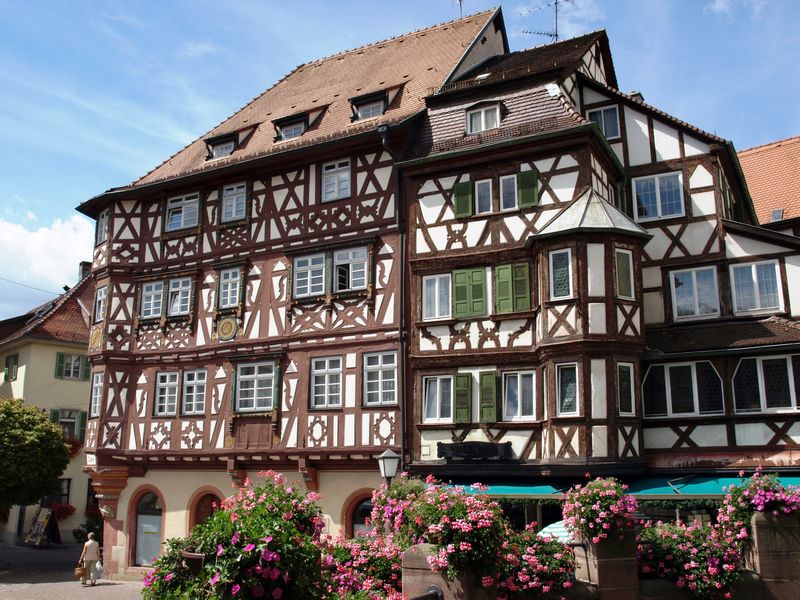 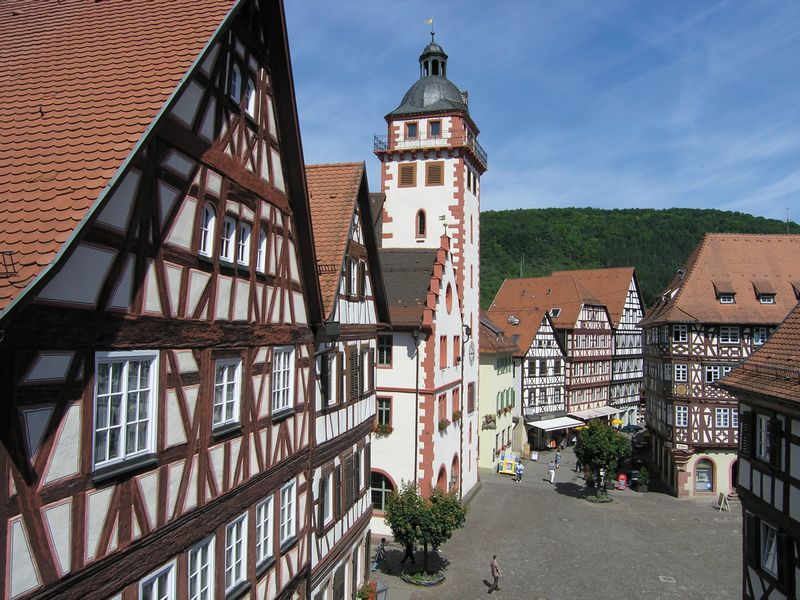 Mosbach - view to the Town Hall. 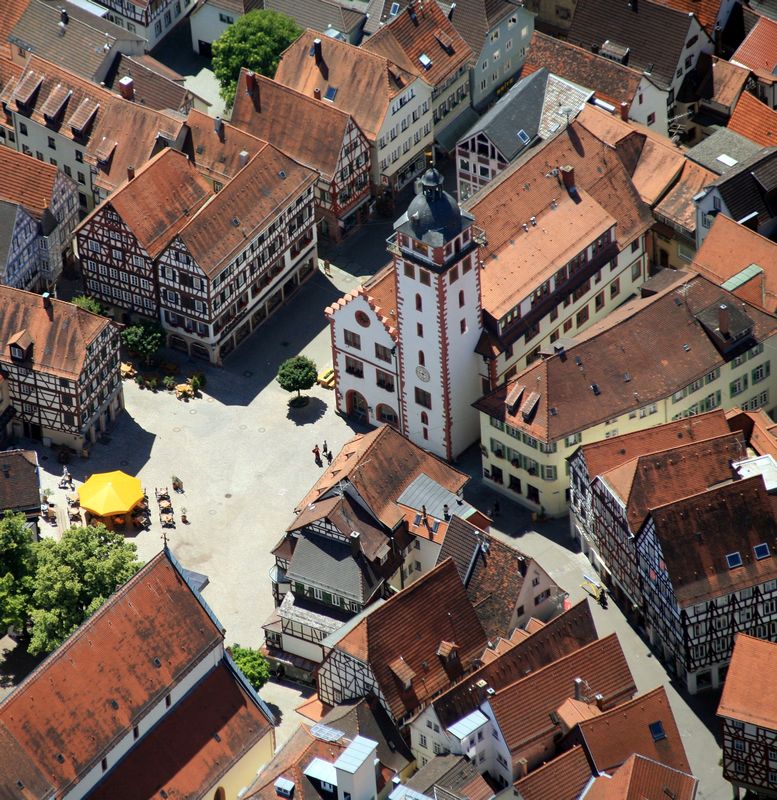 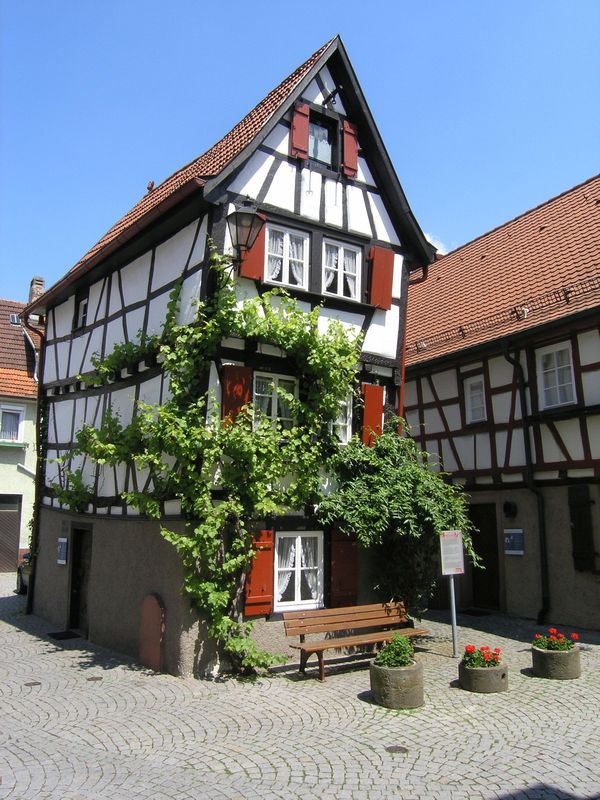 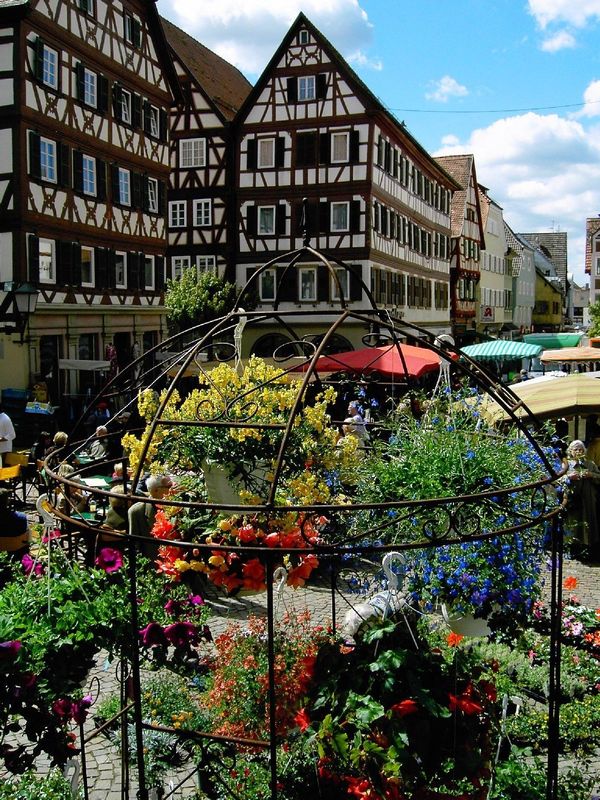 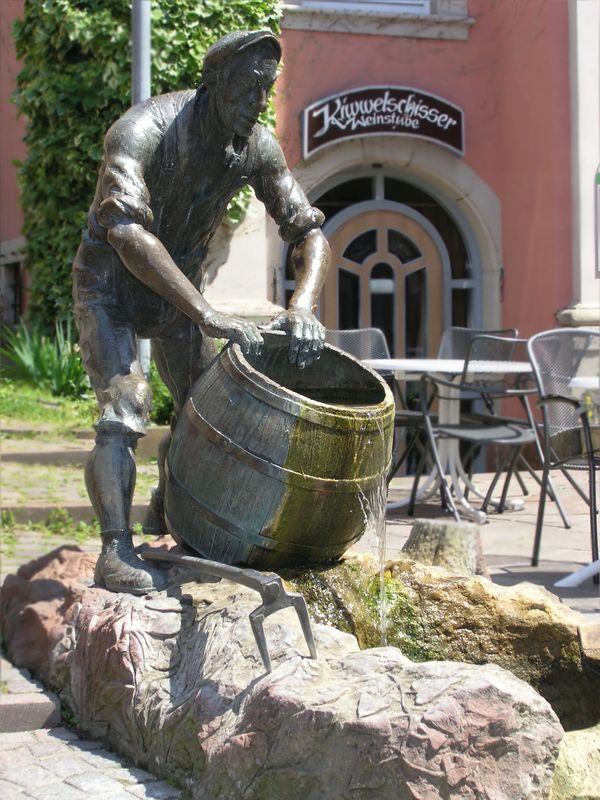