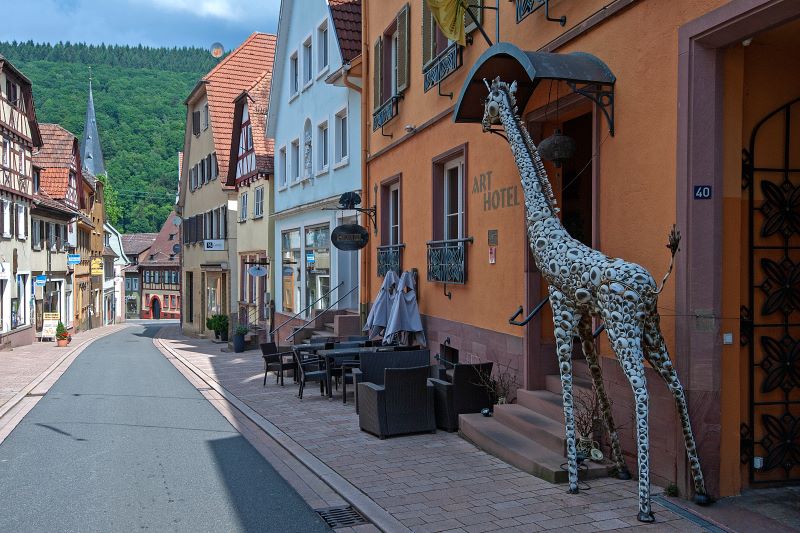 The charming scenic location on the meandering Neckar surrounded by the foothills of the Odenwald and its proximity to Heidelberg make Neckargemünd a popular destination for excursions. The river Elsenz flows into the Neckar and gives it its name. The winding alleys of the old town - including Kleppergasse, the narrowest alley in town -, half-timbered houses, the town wall and the remains of Reichenstein Castle are evidence of over 1000 years of history. Restaurants and cafés offer a wide range of culinary delights. From the landing stage at the Neckarlauer, excursion boats run through the Neckar valley to Heidelberg. On both sides of the Neckar the 2.5 kilometre long flood path extends. It tells of the city history of Neckargemünd and of life on the Neckar, which includes numerous dramatic floods. Well-maintained cycle and hiking paths, guided tours of the medieval old town, canoe rentals and a terraced swimming pool located directly on the Neckar round off the tourist offer.

The district of Dilsberg with the Dilsberg castle fortress is particularly well known. Visible from afar, it lies above a loop of the Neckar and invites visitors to stroll through a world of its own.

The region around Neckargemünd is one of the oldest human habitats in Europe, with traces of settlement in the town dating back to the Neolithic Age around 5,000 BC. Neckargemünd was first mentioned in a document in 988 and became a free imperial town in 1241. In 1330, Emperor Ludwig the Bavarian gave it to the Counts Palatine near the Rhine, who administered their territory from Heidelberg. From then on, the history of the town was closely interwoven with the history of the powerful Heidelberg Electors and the Electoral Palatinate, to which it belonged until its dissolution in Napoleonic times in 1803. When the new Grand Duchy of Baden was subsequently created, Neckargemünd became an official town. 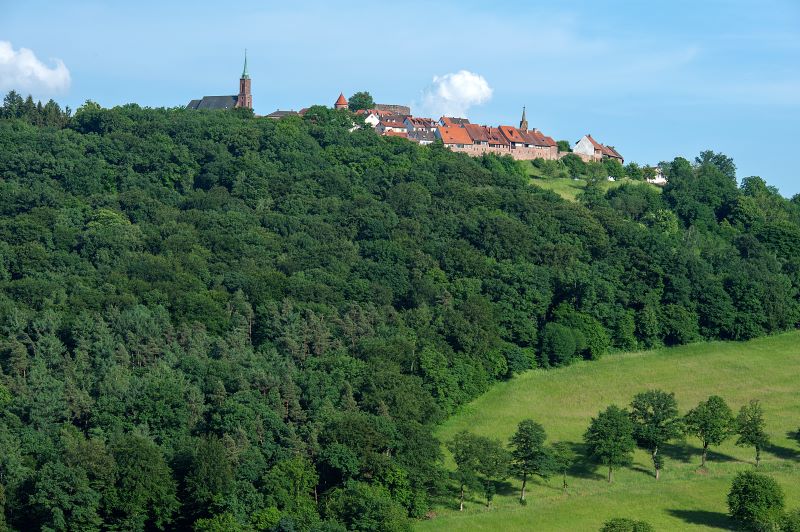 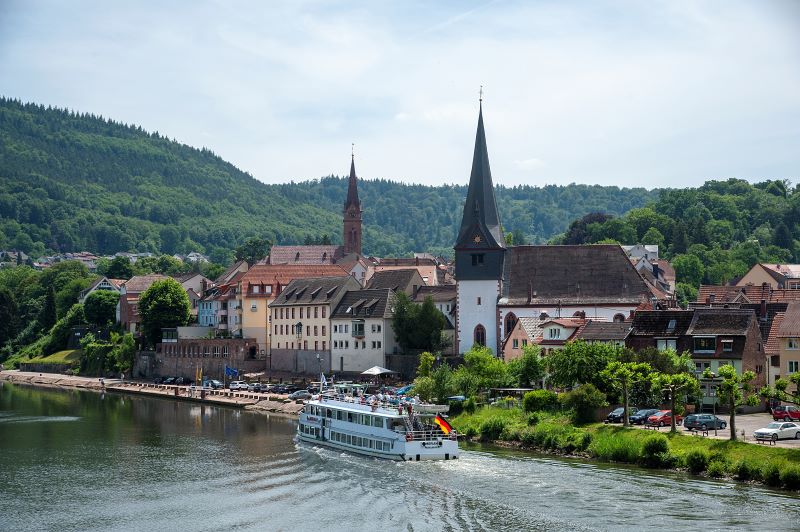 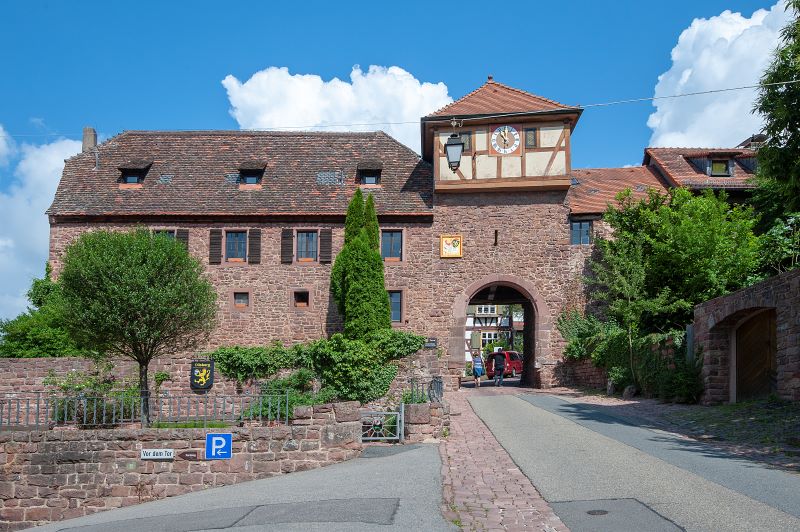 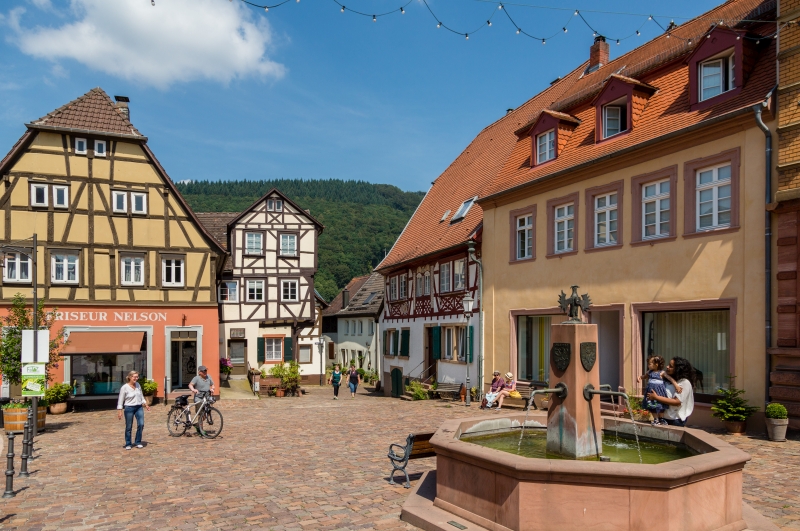 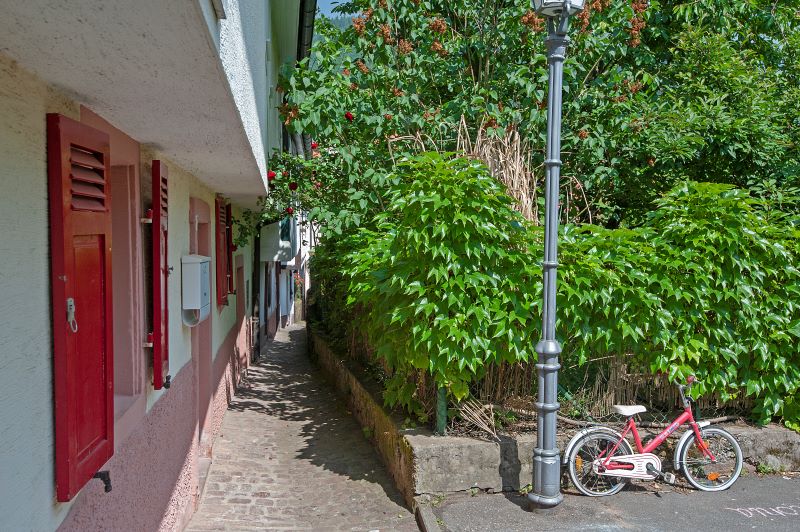 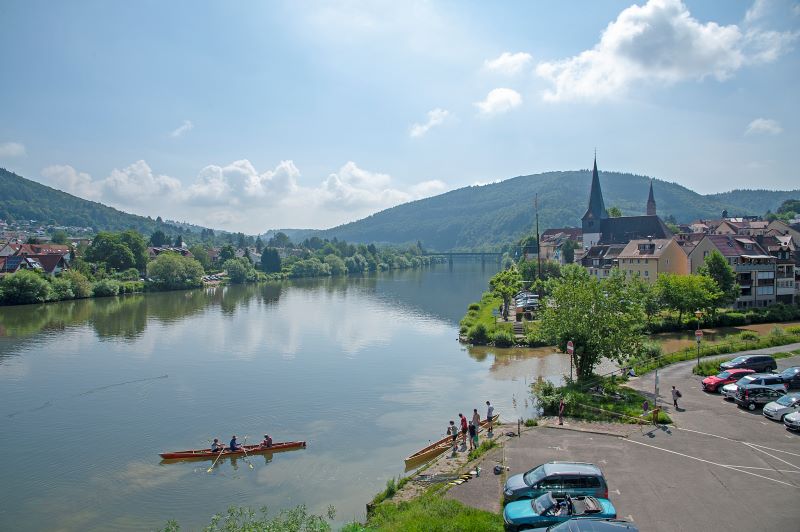 Neckargemünd - Mouth of the Elsenz into the Neckar River.
<= Heidelberg | Neckarsteinach =>