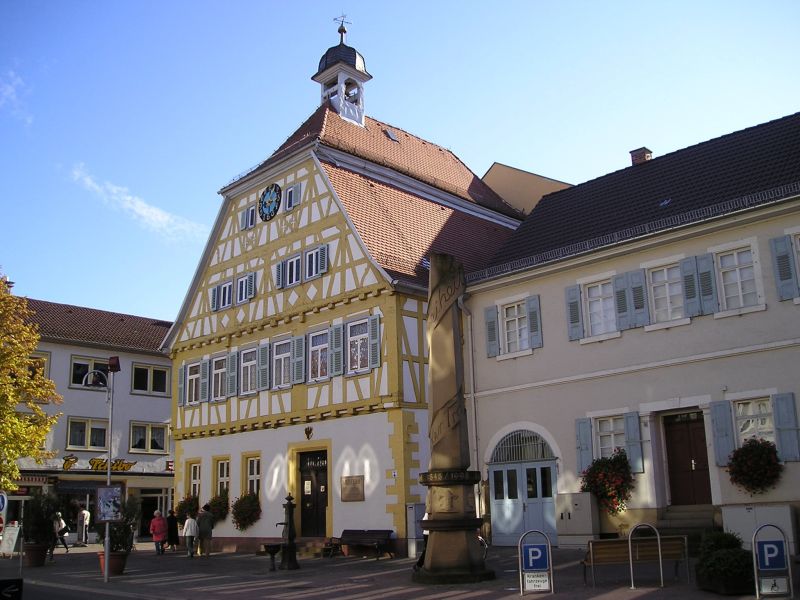 Sinsheim is situated in the hilly region of the Kraichgau in the "north from the south" of Baden-Württemberg and is the centre of the "Sinsheim experience region". The town's landmark is the 330-metre-high Steinsberg Castle in the Weiler district, which is famous for its striking octagonal keep. For those interested in history, the town museum and the Friedrich der Große-Museum are interesting destinations, for technology enthusiasts the Technik Museum Sinsheim offers a unique range of exhibits.

Tumuli from the Stone Age, a Celtic princely tomb and Roman sanctuaries - including the Jupiter giant column excavated in 1959 in the Steinsfurt district - prove that the area around Sinsheim has been inhabited for several thousand years. The beginnings of the primeval village of Sunnisheim date back to around 550. Sinsheim was first mentioned in documents in the Lorsch Codex in 770. The development of the town began with the granting of market and minting rights in 1067. During the Thirty Years' War, the armies advancing through the Kraichgau brought great hardship to Sinsheim. In 1689 the town suffered the same fate as Heidelberg Castle and many towns on the right bank of the Rhine, it was reduced to rubble and ashes by the troops of Louis XIV. Reconstruction, which was supported by "years of freedom" without taxes and wood from the city forests, lasted until the beginning of the 18th century. When Goethe stopped in Sinsheim on a journey in 1797, he wrote in his travel diary about a "cheerful little country town".

After centuries of belonging to the Electoral Palatinate, the town came to the Grand Duchy of Baden in 1806. In 1848/49 Sinsheim was a stronghold of the Baden Revolution. When this failed, a wave of emigration to the United States followed, which every tenth person in the Sinsheim administrative district joined.

Today, Sinsheim, which has been a large district town since 1973, has 35,000 inhabitants in its twelve districts and forms the centre of the Sinsheim adventure region. The district of Hoffenheim became known throughout Germany through the Bundesliga club "1899 Hoffenheim".