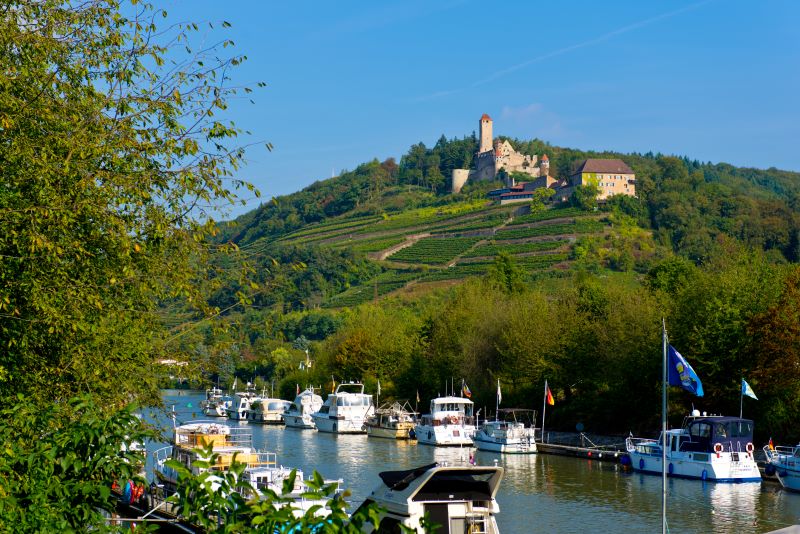 View over the Neckar River to Hornberg Castle.

The hotel-restaurant at Hornberg Castle was opened in 1953 and is now one of the premium partners of the Castle Road.

Hornberg Castle in the Neckar river valley is known as the long-term residence of the "knight with the iron hand" Götz of Berlichingen. Its famous resident bought the castle in 1517 and lived there until his death in 1562. Reinhard "the scholar" of Gemmingen purchased the facility in 1612. The castle is still in possession of his family, nowadays in the twelfth generation.

The castle was first mentioned in 1184, however it should be older. The first owners, the counts of Lauffen, were followed by the men of Dürn and the Hochstift Speyer. In 1464 the castle together with Neckarzimmern, Steinbach and Haßmersheim was sold to Lutz Schott of Schottenstein.

From his son Conz of Schottenstein Götz of Berlichingen bought the castle including Steinbach and Haßmersheim for 6500 gulden and carried the name "von Berlichingen zu Hornberg". He lived there with his family for 45 years, eleven of them in knightly custody due to his participation in the peasant war in 1525. His lifestory served as an inspiration for Johann Wolfgang von Goethe's play "Götz von Berlichingen". Philipp Ernst, one of his grandsons, sold the castle to Hans Heinrich von Heußenstamm in 1594.

During the Thirty Years War, the castle was repeatedly occupied and plundered in 1634 and 1645. Devastated and plundered by the French in the Palatine War of Succession in 1689, the castle was repaired in 1700. From 1738 on it was uninhabited and ,thus, decayed. From the first half of the twentieth century, extensive renovation work was carried out. Since the 1930s the owner family is living in the facility again. 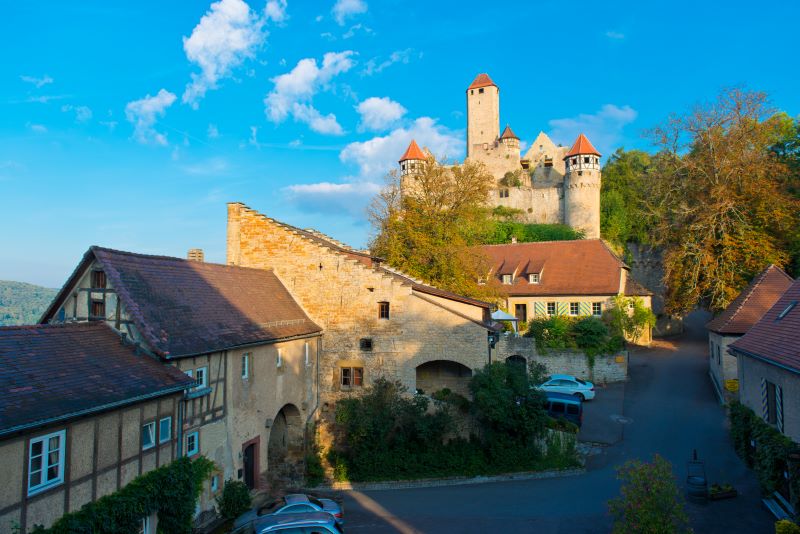 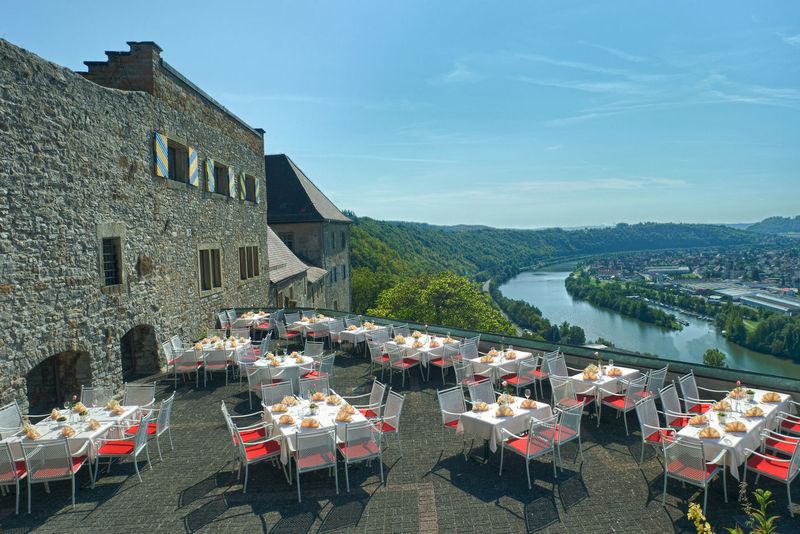 Burg Hornberg - view from the terrace to the Neckar valley. 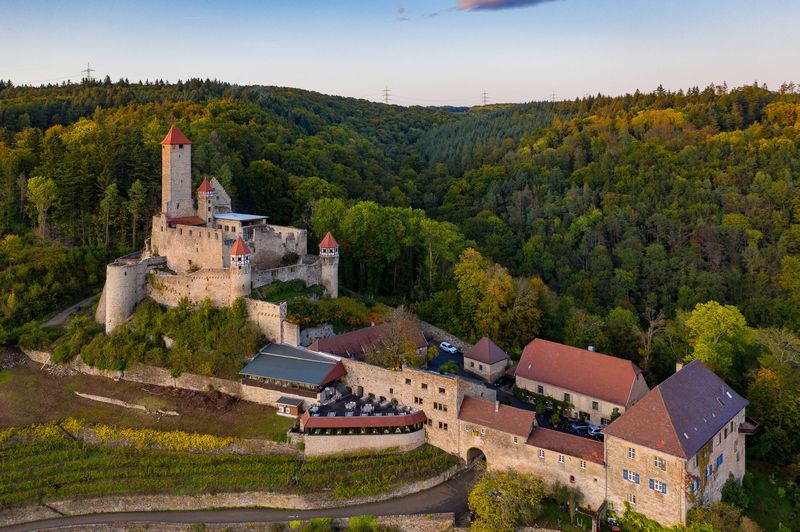 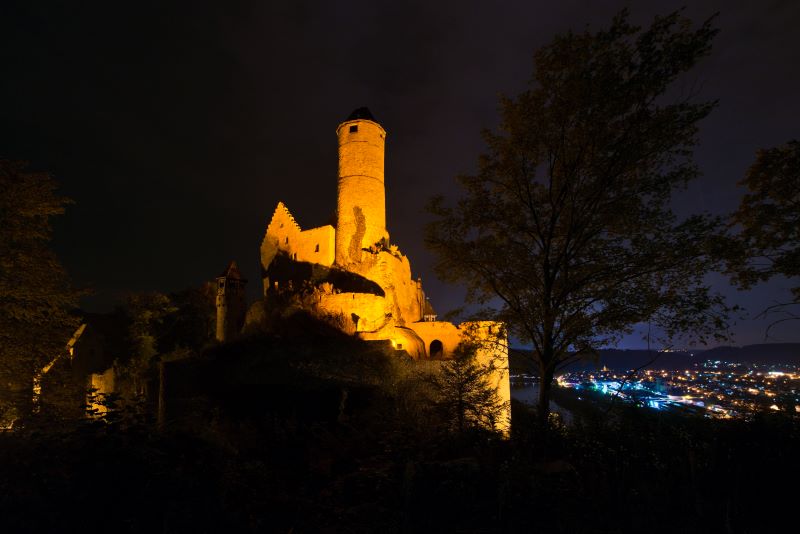 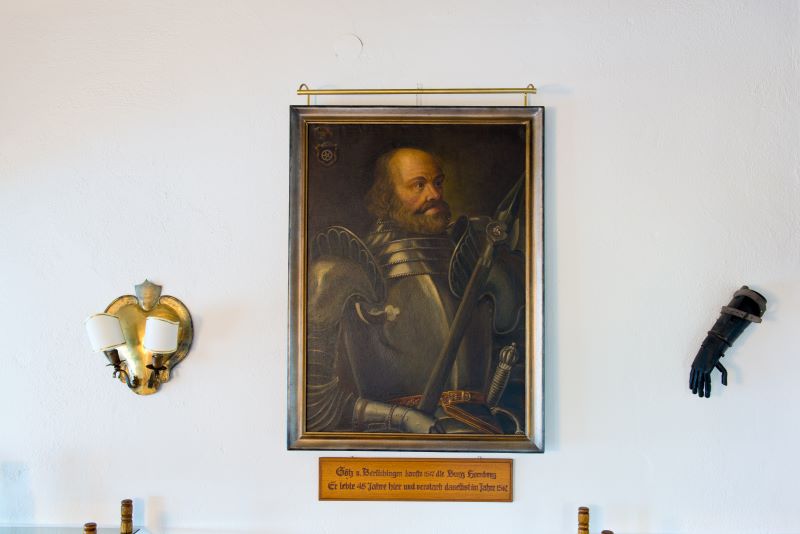 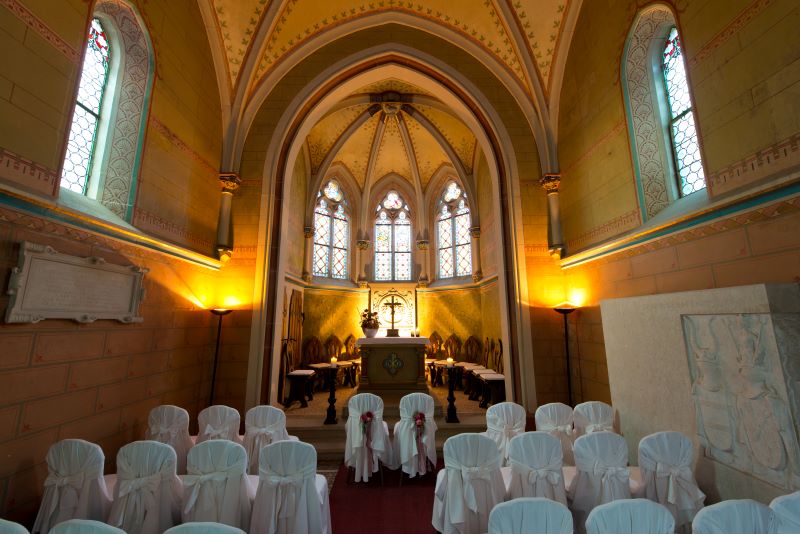