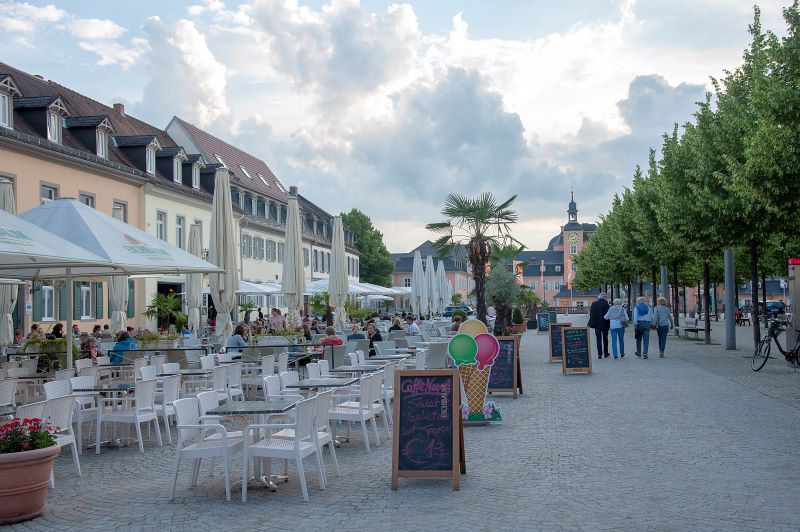 Schwetzingen is known for its castle as the summer residence of the electoral princes, the castle garden as one of the most beautiful gardens in Europe, for its asparagus and for its festivals. The Mediterranean-style palace square with its cafés and restaurants forms the heart of the city and the spacious entrance to the palace grounds. From here the Carl-Theodor-Strasse runs as a dead straight axis - "Palatina" - up to Heidelberg's local mountain, the Königstuhl.

Elector Carl Philipp elevated Schwetzingen to a summer residence in 1720. Under his successor, Carl Theodor, the "New Town", which still exists today, was built from 1748 onwards with the market square, today's Schlossplatz, and four adjoining building squares with the aim of creating an urban centre that was entirely devoted to the castle.

Committed to the legacy of this art-loving elector, art and culture also play an important role in modern Schwetzingen. As art in public space, the city boasts an impressive number of sculptures and objects in a wide range of styles with a variety of statements. Benches are designed with motifs from the history of Schwetzingen. The Schwetzinger Festspiele every year in April/May are the world's largest radio classical music festivals, the Schwetzingen Mozart Festival always in September/October pays tribute to the famous composer who was a guest in the city three times: in 1763 as a seven-year-old child prodigy with his father and his older sister Nannerl, and in 1777 and 1790 as a musician and conductor.

Every year from the end of April until St. John's on 24 June, the town is dedicated to the famous Schwetzingen asparagus: the royal vegetable, first cultivated in the Schwetzingen palace garden in the middle of the 17th century and once reserved for the electoral table, is then sold freshly cut daily by the producers or masterfully prepared in the local restaurants. 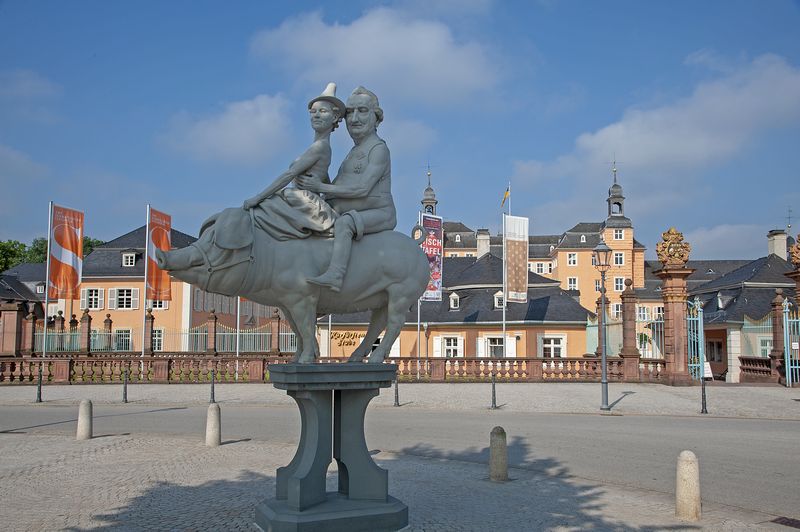 Schwetzingen – "Pig of fortune" by Peter Lenk at the palace square. 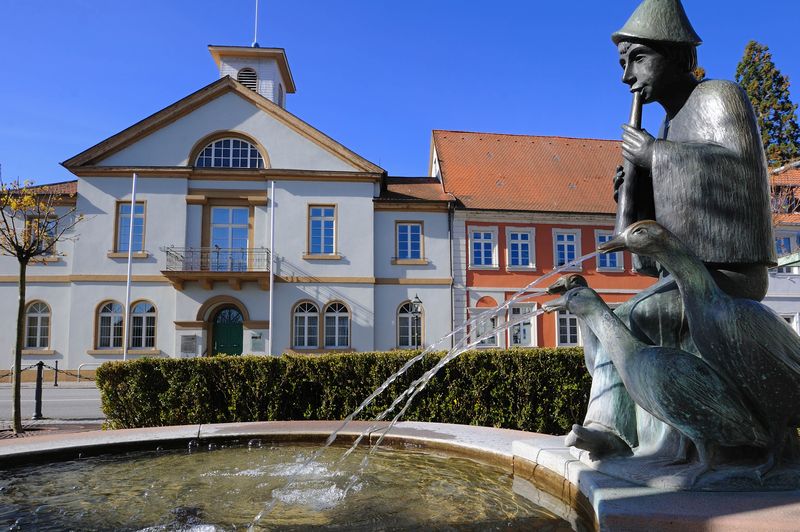 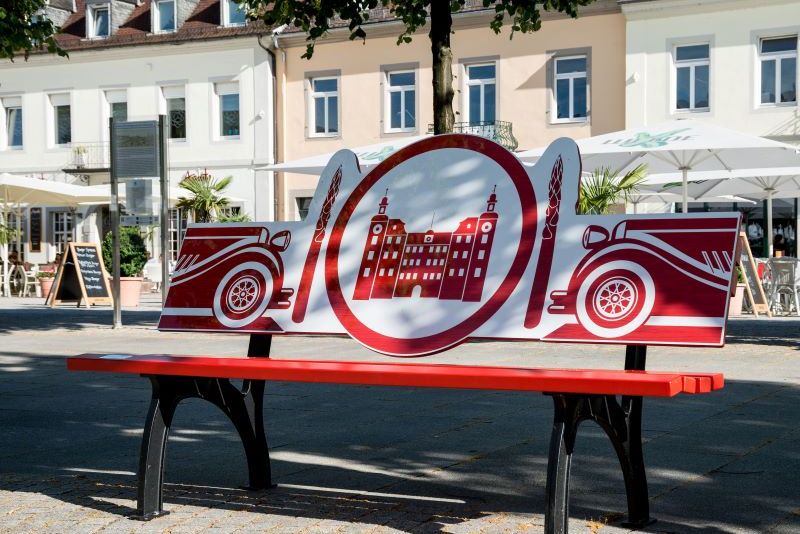 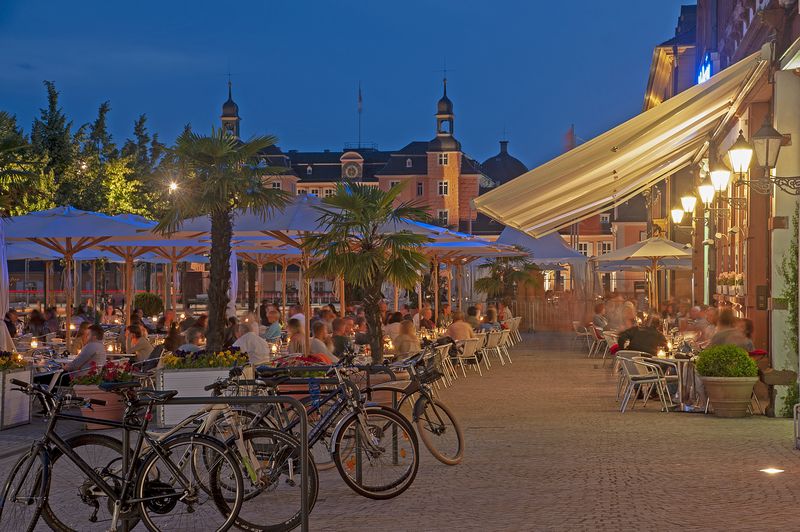 Schwetzingen – Palace square in the evening. 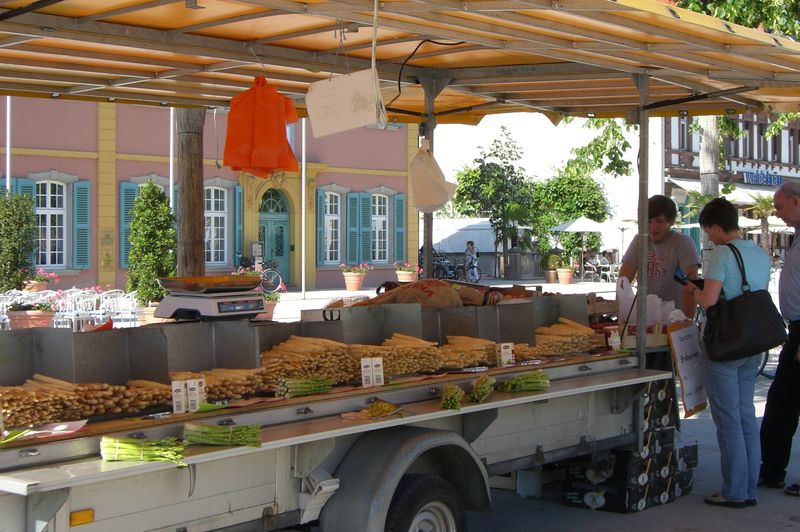 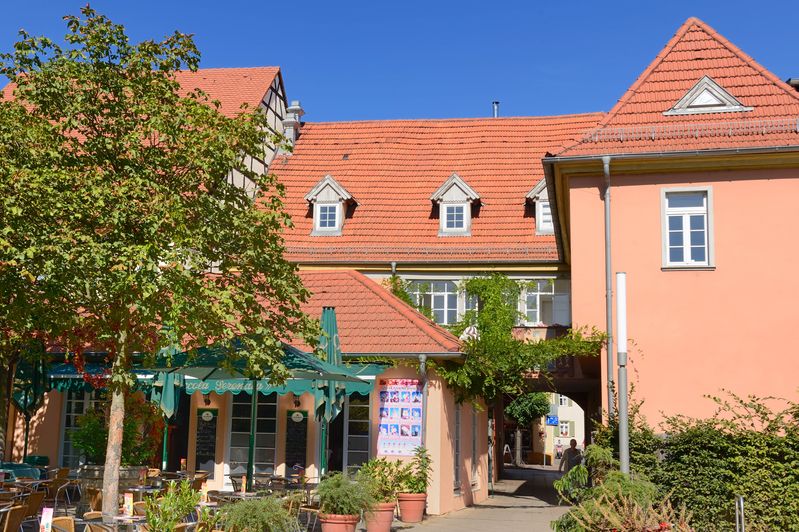